The rise of the Republic of the Northwest

David J. Bercuson and Barry Cooper imagine a future where western territories have split from Canada to escape the bureaucratic despotism of Ottawa 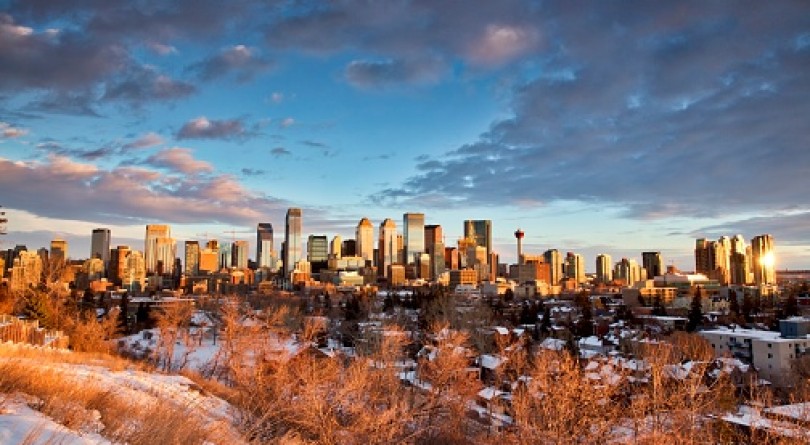 David J. Bercuson and Barry Cooper are professors of history and political science respectively at the University of Calgary. Several years ago they wrote Deconfederation: Canada without Quebec.

The date is March 2039, 20 years from now. The Republic of the Northwest is celebrating its 17th anniversary as an independent state. Today it consists of territories that once belonged to Northern Ontario, Manitoba, Saskatchewan, Alberta, parts of British Columbia and the Canadian Arctic north of 60. The republic had its beginnings when the premier of Alberta, in March 2020, called a provincial referendum on amending section 36 (2) of the Constitution Act (1982) dealing with equalization payments, and resolving a range of other Alberta-Canada disagreements ranging from provincial policing to taxation.

Alberta’s position was based on the unsuccessful “firewall” proposals of 20 years earlier. Negotiations failed and Alberta called a second referendum held in March 2021, as the government had promised to do. This time, along with Saskatchewan, we voted to leave Canada. A clear majority (84 per cent) of both former provinces on a clear question (‘Do you wish independence from Canada?’) voted to leave.

The government of Manitoba did the same a few weeks later, voting 78 per cent to join its western neighbours. Under the terms of the 1988 Quebec Secession Reference, Canada was required to negotiate.

READ MORE: Rachel Notley fought like hell for Alberta, but the province isn’t about to thank her

There was considerable discussion over the name of the new body politic and how it would be organized. Many favoured the name invoked by Premier Haultain in 1905: that the Canadian territories divided into Alberta and Saskatchewan should form a single province called Buffalo. The leaders of a new “Buffalo Movement” organized a constitutional convention for the summer of 2021 in Saskatoon and invited governments of Manitoba, Yukon, Nunavut and the old NWT, now called Assiniboia, along with representatives of the Federation of Northern Ontario Municipalities and several British Columbia municipalities to attend as well. But the buffalo were gone: the delegates decided to call their country the Republic of the Northwest.

The interim president and chief negotiator was a law professor and former Attorney General of Saskatchewan, Alex Isbister. A Metis, he was born in Cumberland House, attended St. John’s College at the University of Manitoba where he won a Rhodes Scholarship to the University of Oxford before attending Harvard Law. His vice-president and deputy was the former premier of Nunavut, Rachel Kenney.

The Republic was proclaimed in the fall of 2021 and negotiations with Canada were opened in Washington in November of that year. Despite the new name, the objective of the convention and of the republic was traditional: the Northwest would determine its own political and economic destiny using its wealth in natural resources to build a prosperous nation based on free trade, common-sense resource policies, its own taxation regime, guaranteed political rights for all, cooperation with Indigenous peoples, and a robust defence policy.

Ever mindful of Machiavelli’s insight that good laws require good arms, President Isbister gained the immediate support of Governor Malmstrom of Montana, a distant relative and Harvard classmate, who, along with the governors of the other northern tier states, made some 20,000 national guardsmen available if needed. In the event, negotiations with Canada proceeded briskly and peacefully.

Today, we have our own security forces and justice system built on a common North American democratic liberal tradition, a 40-member senate, patterned after that of the United States and a lower house elected on the basis of representation by population. All former Canadian assets are now held by the republic following the successful conclusion of the Treaty of Washington between the Northwest and Canada signed on July 1, 2022.

The first act of the new republic was to pass the Accession Ordinance, patterned after the Americans’ Northwest Ordinance of 1789. This was the most contentious part of the Treaty of Washington, but it enabled the Republic of the Northwest to absorb municipalities in Ontario and British Columbia willing to join the new nation. The former Canadian territories in the far north were even more eager to escape the bureaucratic despotism of Ottawa.

The immediate benefits were obvious. Indeed, gaining them was a major part of the failed negotiations of 2020. How long ago that all seems now!

First there was an end to the corrupting equalization payments. More symbolic, but tied to equalization, came an end to the absurdities of official bilingualism. With the accession of northern British Columbia, the Northern Gateway oil pipeline to Prince Rupert was built in less than two years. The huge new container port, built at the same time, has cut transit times from Chicago to the Western Pacific by three days as compared to shipping through Vancouver or Seattle.

The natural gas pipeline and LNG terminal at Kitimat was completed six months after Northern Gateway reached Rupert. Both developments brought enormous benefits to Indigenous persons living in the area, just as President Isbister had anticipated. With the accession of Northern Ontario a new resource outlet through Churchill was built to take advantage of the Northwest Passage, which was declared to transit international waters. Canada did not object.

Relations with Southern Ontario, as the Laurentian Canadian province is now called, remain cordial. Toronto remains a useful financial centre, but no one thinks of Ottawa at all. With respect to provinces further east, matters are more formal than friendly—with the exception of Newfoundland and Labrador, which historically has sent many of its sons and daughters to the Northwest. In return, the Republic has supported Newfoundland and Labrador in renegotiating hydro revenues with Quebec.

The real problem remains the rest of B.C. The Kootenays, the Cariboo and the Okanagan voted to join the republic, but the Lower Mainland, now in the grip of Green Party fanatics, has become a source of instability to all the territories west of Laurentian Canada. Discussions in the Senate in Saskatoon contemplated increasing sanctions, limiting the transit of the CPR across our country, and further reductions in shipments of refined petroleum products to Vancouver. There has even been talk of mounting an expeditionary force to bring order to these people.

One thing is beyond dispute: in 20 years, the citizens of the Republic of the Northwest have grown more prosperous, freer, and more patriotic than their parents and grandparents ever dared to dream.