The stark, unbridgeable divide between rural and urban America 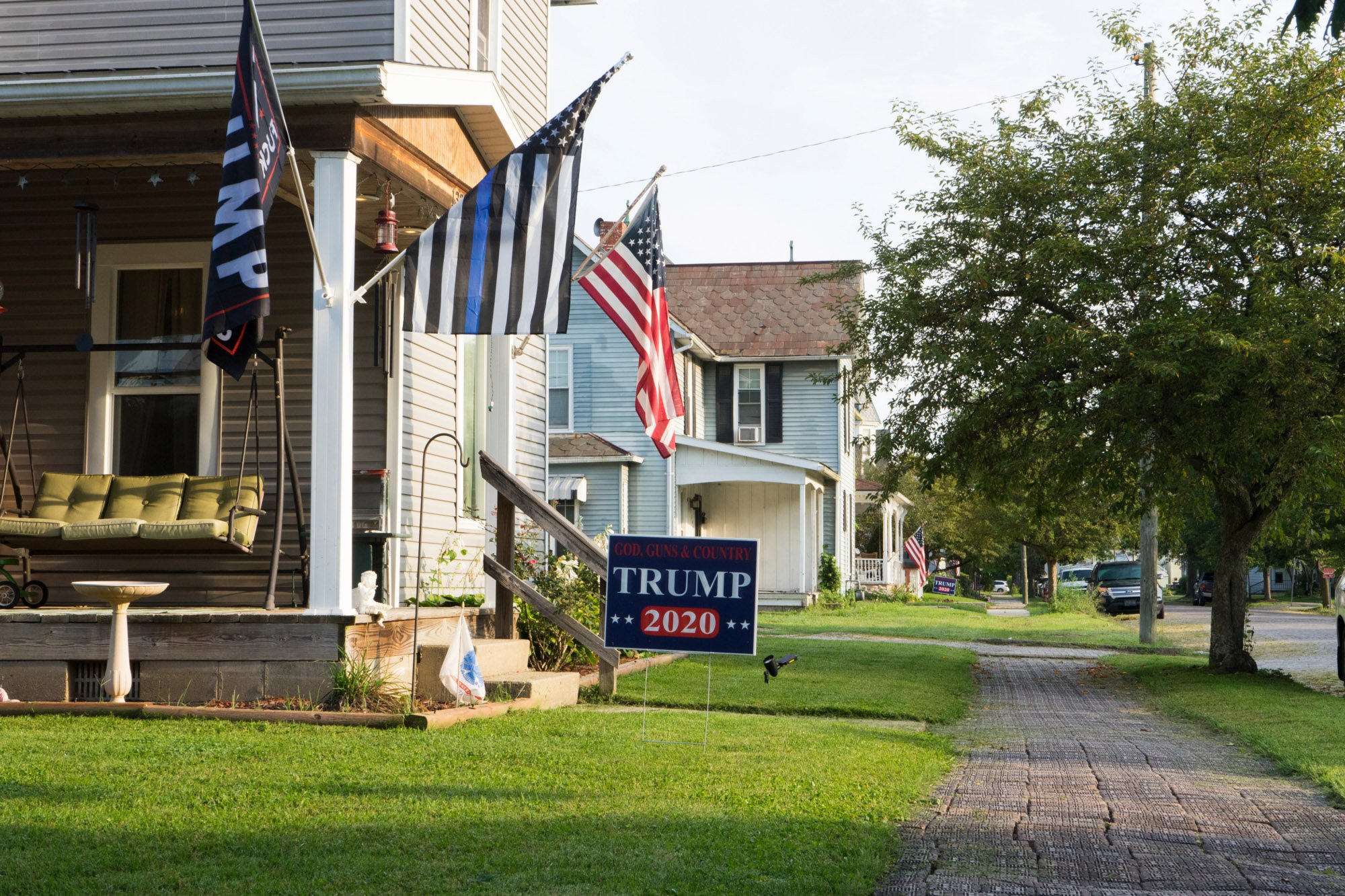 Small-town America is the real America to many, with cities seen as corrupt and violent (Adnan R. Khan)

When my wife and I first drove into Bremen, Ohio, it struck us as exactly the kind of place where we would find an answer to the question we’d been asking for weeks: what is Donald Trump’s appeal to rural Americans?

We’d assumed it was economic. The American heartland was dying, and Trump was promising to revive it. Of course the people living there would love him, even if Trump’s policies since becoming president in 2017 hadn’t done much to improve their lives.

But in our journey through small-town Pennsylvania and Ohio, we hadn’t seen much devastation. Quite the opposite: we’d passed through idyllic town after idyllic town. Local economies seemed to be doing well, and had been since well before Trump.

Bremen was different. The eerie quiet of its streets lent the village an air of abandonment. The local bar was shuttered; so was the local café. The rail yard was littered with disused and rusted machinery.

There was a gun shop, the innocuously named Rushcreek Trading Post LLC—which, unlike many of the other local businesses, was open: the only establishment still standing on a street clearly buckling under the weight of the coronavirus pandemic.

I was admittedly nervous walking in. The idea of a brown man bouncing around places like Bremen asking people why in the world they would vote for a man like Donald Trump had already struck me as crazy. To then tempt fate and wander into a Temple of Second Amendment fanaticism felt, well, downright suicidal.

Inside was the owner, Rick Moyer, who looks a bit like a Hell’s Angel enforcer. Bremen, he said, was doing fine economically because of its proximity to Lancaster and Columbus, where many residents commute for work, as well as to local companies that employ skilled labour. All the chaos and the devastation was playing out in the cities.

“That’s where all the problems are,” Moyer said. “Out here we’ve been saying that for years, and now we finally have a president who’s doing something about it.”

Others in Bremen, a deeply religious place, spoke in Biblical terms about the corruption of American cities. Their impressions of urban life echoed what they thought of America’s political elite: corrupt, sinful, money-obsessed.

“I don’t ever want to live in the city,” Tina Groff, a 51-year-old dog groomer, told me. “It’s never gonna happen. I don’t want to hear gunshots. The Bible says to stay out of the city.”

Like Moyer, she has fully absorbed the Trump-propagated and Fox News-amplified myth that the Black Lives Matter protesters are actually Marxists in disguise, bent on demolishing America. “I feel sorry for people who live in the cities,” Groff said, “because of everything that goes on there.”

For rural folk like her, the city is where socialism and feminism and all manner of ideological insanity has run amok, where this dark, ominous force called “Antifa” threatens to undo centuries of hard-earned American greatness. The countryside is the real America, where hard-working, God-fearing people make an honest living and live in peace together.

For city folk like me, it’s rural America that’s the scary place. It’s where Trumpism blooms in all its cruel glory, where yokels dream of walls to keep brown people like me out and the term “God’s country” has an ominous, end-of-times ring to it. The city is a safe haven, the place where people are open to new ideas and new ways of living, where I feel safe and secure, where I can talk to people and they can talk to me; we understand one another.

Both views weave together fact and fiction. I was clearly mistaken in my fear of Moyer and his gun shop. Throughout rural Ohio and Pennsylvania, I met people who were kind and articulate. But what was consistent about their world views was how thoroughly they misunderstood the cities.

In Moyer’s gun shop, a customer who had been listening to our conversation, a small business owner, complained about the shortage of skilled labour in Bremen.

“No young person wants to work for less than 20 bucks an hour,” he said.

It struck me as odd that he was so unaware of how little a $20-an-hour wage is, especially in coastal cities. It reminded me of a café owner in Lehman Township in Pennsylvania, who also complained that young people didn’t know what a hard day’s work was anymore. For her, a hard day’s work meant waiting tables for 12 hours. But work in the 21st century has changed dramatically, and will continue to change for the foreseeable future. “Hard” today looks very different from what it looked like in the last century.

The disconnect between the rural and urban runs deep in America. Social justice has made some important strides in the cities. Issues like gender identity, sexual orientation and systemic racism are much better understood than they were even 20 years ago. But I wonder if the pace of change has been too much for rural America to handle.

Moyer can’t understand the anger of Black Americans toward the police; he has no experience that can help him grasp the Black urban experience. From his perspective, the only kind of racism that exists is the overt variety. And he says that simply doesn’t exist in Bremen.

And here is perhaps the unbridgeable divide: how do you give rural Americans the kind of urban experience that will convince them that the cities are not the chaos and anarchy Trump is making them out to be? How do you convince them that Trump is manipulating their fears for his own personal gain? How do you convince a person like Moyer that crime rates are down in the cities when he doesn’t trust statistics or experts? How do you explain to the small business owner that demanding affordable health care, education and living wages is not a call for socialism but a plea for survival? And most importantly, how do you get rural America to engage with its urban counterpart when you have a president in the White House intent on stoking divisions and perpetuating misperceptions?

But there is also the other side. How do you convince urban elites that rural Americans are not the gun-toting halfwits of the Hollywood imagination? How do you convince social justice warriors to engage with rural fears and suspicions rather than dismiss them? From the rural perspective, something is being lost in America, and it may be rural life itself.

This article appears in print in the November 2020 issue of Maclean’s magazine with the headline, “The unbridgeable divide.” Subscribe to the monthly print magazine here.