The story of Darian Henderson-Bellman

Our editorial: While the COVID-19 crisis will ebb, the threat of gender-based violence will persist; what will the 2021 figures reveal when they are tabulated? 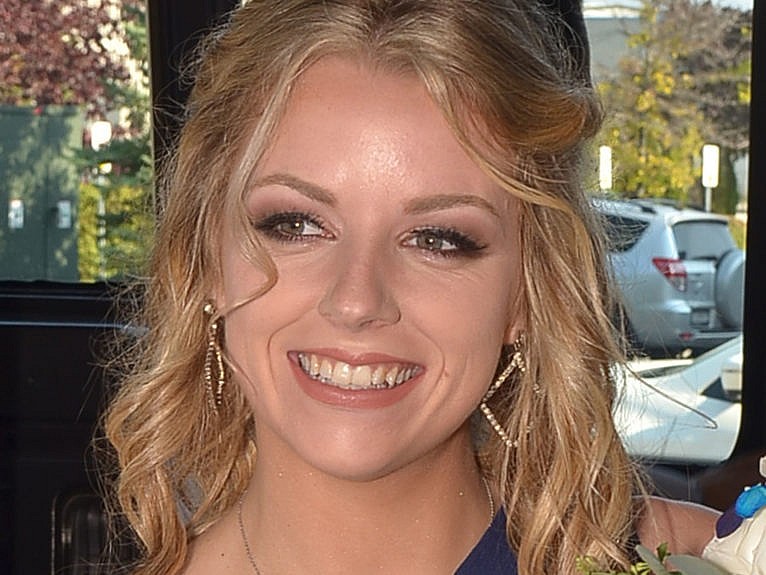 Darian Henderson-Bellman as a bridesmaid in 2019. (Courtesy of Flo Bellman and Paul Henderson)

Historically Canada has been, and remains, one of the best countries in the world to be a woman. According to the World Economic Forum’s 2018 Global Gender Gap Report, Canada ranked 16th out of 149 countries in terms of human rights, gender equality, income equality and safety. And yet, Canada also has a femicide problem, one that is both historic and endemic. How can both things be true? Like the issue of gender-based violence itself, it’s complicated.

In the past half-century, some of the most appalling, internationally publicized gender-based crimes of violence have transpired on our soil: from the Montreal massacre, to the rape and killing sprees of Paul Bernardo and Robert Pickton, to the more recent Toronto van massacre. Indigenous women are disproportionately victims and, despite decades of outcry from victims’ rights groups, dismal conviction rates for cases of sexual assault and gender-based violence attest to the fact that our justice system routinely fails more female victims than it serves.

Femicide rates increased during the pandemic. According to a recent report by the Canadian Femicide Observatory for Justice and Accountability (CFOJA), 160 females were violently murdered in Canada in 2020; in 90 per cent of the cases in which a killer was accused, the alleged perpetrator was male. This number, the report stated, is up from 146 killings the year before. In addition to the rising death toll, women’s shelters and intimate partner helplines across the country have anecdotally reported a sharp rise in demand for services during the pandemic.

But the report missed one; the number was actually 147.

Last month it emerged that Zohra Derouiche, 75, of Scarborough, Ont., was fatally stabbed in her home on Dec. 10, 2019. Her husband was later charged with second-degree murder. Toronto police, for reasons they refuse to disclose, kept her death a secret from the public. The truth only emerged when her husband died after contracting COVID-19 in prison.

The fact that Derouiche’s death was, for a time, effectively erased from the public record should be shocking to all Canadians, not just because it rendered a murder victim voiceless and faceless but because it could not be counted by advocacy groups who track and analyze such trends—work that is conducted in the hope of preventing future similar deaths. The lack of police transparency in this case is alarming to groups like the CFOJA, and illustrates the chasm that exists when it comes to media attention on the issue of femicide.

As Myrna Dawson, a professor at the University of Guelph and a director of the CFOJA, recently observed, “All victims’ lives matter, as do their deaths. But we often see how the deaths of affluent people, for example, never seem to stop being covered, while some deaths never get that same respect [and] are never covered at all.”

Derouiche’s uncounted death might seem only tangentially related to the pandemic but, given the timing, it is also inseparable from it. In this sense it is similar to the tragic killing of Darian Henderson-Bellman last summer.

Henderson-Bellman was a young woman from a loving family in Georgetown, Ont.; her accused killer was released on bail during the pandemic, despite a weapons charge and a history of breaking no-contact orders.

The case has helped inspire new thinking, notably a local intimate partner violence unit, staffed with a team of 48 specially trained investigators whose mandate includes addressing recidivism by monitoring high-risk offenders and integrating with a basket of other supports, including housing and legal help.

While the COVID-19 crisis will ebb, the threat of gender-based violence will persist; what will the 2021 figures reveal when they are tabulated? The very least we can do is remember the dead by telling their stories: honestly, in detail, and with heart.

In this issue we offer the story of one among many. The story of Darian.

This editorial appears in print in the June 2021 issue of Maclean’s magazine with the headline, “The story of Darian.” Subscribe to the monthly print magazine here.