The Trudeau government’s foreign policy is perfect—for the 1990s

Terry Glavin: It turned out that the rest of the world wasn’t as keen on neo-liberal multilateralism as Team Trudeau had imagined 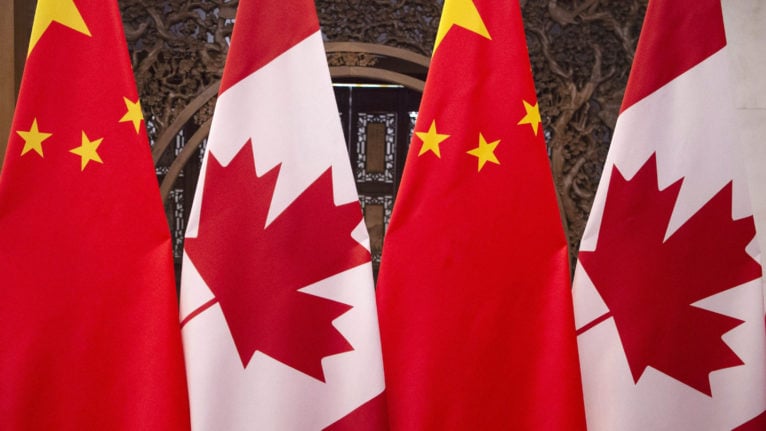 Such a happy moment. It was Nov. 6, 2015. The just-elected Justin Trudeau and his cerebral just-appointed foreign affairs minister, Stéphane Dion, were mobbed by applauding officials at the imposing edifice affectionately known as Fort Pearson, the Global Affairs headquarters on Sussex Drive in Ottawa. It was quite the hullabaloo.

They were all smiles over at the Chinese embassy on St. Patrick Street, too. Trudeau had campaigned on welcoming Beijing’s state-owned enterprises as the new bosses in the oil patch and concluding a Canada-China free trade deal and an extradition treaty. The Canada China Business Council’s Peter Harder had been enlisted to oversee Trudeau’s transition to power. This was to be the beginning of a “golden decade” in Canada-China relations.

There was adulation awaiting Trudeau at the Paris climate summit, “world stage” events unfurled with photo spreads in glamour magazines and “Canada is back” headlines, and all the fashionable socks. Peacekeeping was back. Freshly evicted from the G8 following his invasion of Ukraine and annexation of Crimea, Vladimir Putin was to be readmitted to the parlours of civilized company by Dion himself, Iran’s Khomeinists would be invited to reopen their embassy in Ottawa, and hey, presto, Canada would be celebrated as the newest member of the United Nations Security Council.

But it turned out that the rest of the world wasn’t as keen on neo-liberal multilateralism as Team Trudeau had imagined. The Dion interregnum lasted little more than a year. Even while his successor, the eminently capable Chrystia Freeland, was doing her best to clean up the mess, the holdover China enthusiast John McCallum was making so much mischief he had to be fired as Canada’s ambassador in Beijing. And by then, Xi Jinping had kidnapped Michael Kovrig and Michael Spavor in retaliation for the detention of Huawei’s Meng Wanzhou on a U.S. extradition warrant.

The House of Commons had already unanimously rejected any normalization with Iran. Our peacekeeping revival ended up being a brief and modest contribution in Mali. We were beaten in the contest for a UN Security Council seat by Ireland. And now, with everybody’s attention on the ongoing American protests and riots, and the coronavirus pandemic killing hundreds of thousands of people around the world and unleashing a global economic cataclysm rivalling the Great Depression of the 1930s, Canada’s foreign policy is a shambles.

Even before the election of Donald Trump, the United States was in retreat from the world, and the United Nations had been reduced to irrelevance, as the evisceration of Syria, with its hundreds of thousands dead and its millions of refugees, has conclusively proved. Fort Pearson is besieged and bereft of any useful ideas. Its minister, the Jean Chrétien protege François Philippe-Champagne, is reduced to mumbling Dion-style platitudes, except without the faux gravitas.

On the bright side, there’s a good chance that Trump will be gone by November. But Joe Biden can’t quickly repair the deeply divided United States or magically undo the damage of Trump’s anti-diplomatic vandalism at the World Trade Organization, the G7 and NATO, the hollowed-out institutions Canada has always relied upon for some semblance of foreign-policy stability.

READ: In his bid for the presidency, Joe Biden is stuck in the middle

And Xi Jinping isn’t going anywhere. In 2018, after accruing more power than any Chinese leader since Mao Zedong, Xi pushed the National People’s Congress to adopt term-limit changes that will allow him to rule for life. The year before that, Turkish strongman Recep Tayyip Erdoğan, who commands NATO’s second-largest military force, did the same thing. Erdoğan can now rule until 2029. And the Russian oligarchy’s recent constitutional manoeuvring has placed Vladimir Putin in position to remain Russia’s president until 2036.

Britain will likely be digging itself out of the Brexit mess it made for itself for years to come. On the right, the Law and Justice party has been returned to power in Poland, and Viktor Orbán remains as comfortably entrenched in Hungary as the populist Jair Bolsonaro in Brazil. On the left, there’s the deepening cruelty of the Sandinista regime in Nicaragua, the aftermath of the disgrace and fall of left-wing hero Evo Morales in Bolivia, the ongoing failed-state mayhem of Nicolás Maduro’s Venezuela, and little else.

All of this makes a retrograde oddity out of Canada’s emphasis on à-la-carte multilateralism. The model of global neo-liberalism that has animated Canada’s foreign policy establishment for a generation was never going to survive the manipulations of Xi’s China anyway, and besides, it never really survived the 2008 global financial crisis. So where does that leave Canadian foreign policy?

READ: Inside the Canadian establishment’s fight with Trudeau over China

“It’s terribly outdated,” says Ben Rowswell, the Liberal-friendly president and research director of the Canadian International Council (CIC). “There are instincts that have remained embedded in the foreign policy establishment that are now manifesting in ways that are really quite offensive. They’re still thinking in terms of the 1990s.”

Rowswell, who served as Canada’s ambassador in Caracas while Freeland was leading global attempts to salvage Venezuela from its Bolivarian catastrophe, is among a growing number of foreign policy intellectuals calling for a root-and-branch remaking of Ottawa’s approach to Canada’s place in the world and a closer alignment with other liberal democracies in facing challenges like Beijing’s aggression and the retreat of key democracies into rightist isolationism.

He’s currently heading up a CIC initiative to engage methodically in broad consultations with Canadians to identify policies that resonate with voters, rather than just with the Global Affairs bureaucrats who cheered Trudeau and Dion back in November 2015.

“We just can’t wait until either Trudeau changes his mind and decides to embark on a thorough rethink, or he’s replaced,” Rowswell told me. “We have no idea how long that’s going to take. So we just can’t wait.”

This article appears in print in the September 2020 issue of Maclean’s magazine with the headline, “Sorry, wrong century.” Subscribe to the monthly print magazine here.