The Trump Prevention Act of 2021

Scott Gilmore: This will be Trump's legacy: When he's gone, lawmakers from both parties will rush to put into law constraints on the presidency 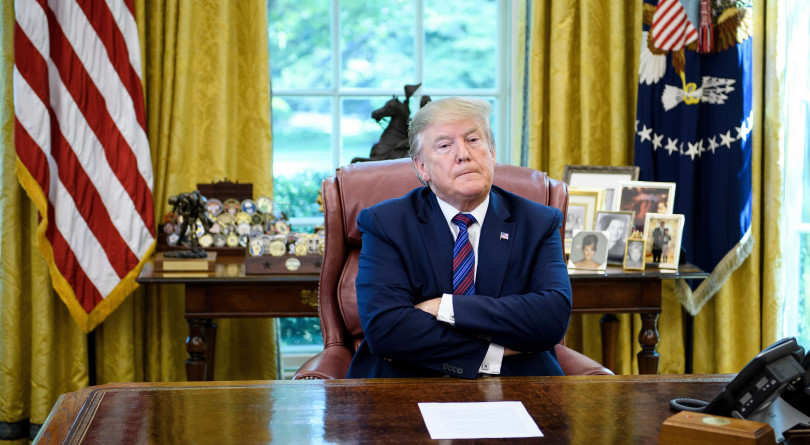 Trump in the Oval Office of the White House on July 26, 2019 (BRENDAN SMIALOWSKI/AFP/Getty Images)

President Donald Trump will not be in the Oval Office forever. And when he eventually leaves, either in January of 2021 or four years later, American legislators are going to suddenly have a common cause: preventing the election of another President Trump.

This may seem unlikely but, as a thought experiment, set aside partisan differences and personal disdain and consider this:  Would the Republican party ever want a Democratic nominee to enter the White House without first releasing his or her tax returns? Would they tolerate a Democratic President profiting off of the presidency? Or filling their cabinet with “acting” appointments that require no congressional approval?

When the presidency inevitably switches parties, a shudder of fear will ripple through the conservative base as they brace for a Democrat who might behave as Trump did. They may not be able to reconcile the fact they supported President Trump’s refusal to release the White House visitors log, nonetheless they would be infuriated with the idea that President Bernie Sanders could sneak whomever he liked into the Oval Office. Nonetheless, they will still want to do everything they can to limit the expected damage a Democratic president would do.

Unfortunately, as President Trump has demonstrated, many of the traditional constraints placed on the Office of the Presidency are mere norms, not laws. For example, there is no law that forbids a U.S. president from employing family members in the White House. (An anti-nepotism law was brought in after Robert Kennedy was appointed attorney general—but it does not extend to White House staff.)

READ MORE: Losing the leadership of the free world

President Trump has been spending on average 80 days a year at one of his golf resorts since taking office, incurring $43 million a year in security and logistics costs—and nothing would prevent him from doubling those numbers next year. If Bill Clinton could have appointed his wife Hillary as his chief of staff, there would’ve been nothing Congress could do about it. And if Barack Obama had decided to buy shares in a renewable energy company—just before it won a giant government contract—that would have been technically legal.

Therefore, if we assume the Democrats do not elect someone like Trump (which I think is safe to assume—there has only been one president like Trump in the 243 years since independence), then it is very likely they will quickly join the Republicans in crafting bi-partisan legislation that formalizes many of these norms in law. These legislators will probably choose to call the bill something patriotic and benign, like The Stronger Union Act, but for all intents and purposes it will be the Trump Prevention Act of 2021.

What would it contain? Here is a partial list of possible components:

Paradoxically, regardless of his critics’ fears, President Trump’s legacy may include a stronger and more durable American government, with more explicit checks and balances to ensure the executive branch remains equal to the judicial and the legislative branches.