The U.S. is sinking. Maybe it's time for Canada to jump ship.

Scott Gilmore: There is no question the American ship of state is leaking badly. The question we should be asking ourselves, as Canadians, is whether we should help bail or build our own raft. 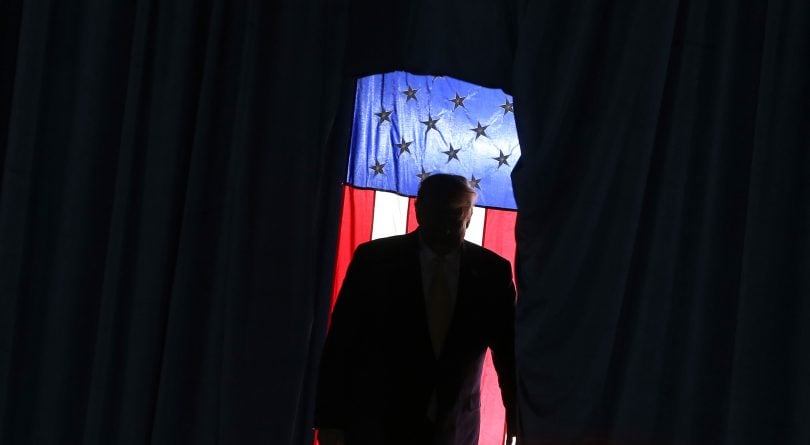 Things are not going well for American foreign policy. At the geopolitical level, tectonic shifts in world power are leading to a relative decline in American dominance. China has risen to dominate East Asia and, with its infamous Nine-Dash Line, is projecting that power deep into Southeast Asia too.

Elsewhere, Brazil and India continue to expand as growing middle powers, with Nigeria not far behind. And while the Russian economy remains smaller than Canada’s, Russia is nonetheless able to push its sphere of influence into the Middle East, Eastern Europe and the American election.

Institutionally, the U.S. State Department is in utter disarray. Secretary of State Mike Pompeo has managed to badly alienate foreign service staff and allies alike. He is deeply embroiled in more than one of President Donald Trump’s political scandals, and is often left sputtering and red-faced as he tries and fails to explain himself on TV.

And, of course, the captain is steering from one collision to another. Trump’s ambassadorial appointees are regularly derided for their lack of experience and complete lack of diplomatic skill. The president has managed to offend everyone in the G7, while simultaneously coddling all of its enemies. He has sowed confusion and doubt in NATO, even pushing one member (Turkey) into the arms of Russia. And on the Korean peninsula, the president’s on-again, off-again best friend Kim Jong-un continues to push his nuclear program forward. North Korean missiles can now reach Washington itself.

READ: What will happen if Trump is convicted in an impeachment proceeding

Perhaps the most poignant illustration of how Trump’s foreign policy has run aground came from the images in late October of America’s newly betrayed allies, the Kurds, throwing rotten potatoes at retreating U.S. troops.

You can argue that it was a long time coming, an inevitable result of historical political and demographic trends. Or you could place all the blame at the president’s feet. But, whether it is because of incompetence or fate, there is no question the American ship of state is leaking badly. The question we should now be asking ourselves, as Canadians, is whether we should help bail or build our own raft.

The instinctive answer is to grab a bucket. Traditionally, Washington has been Ottawa’s closest ally. Our militaries are deeply integrated and, until this administration, our foreign policy goals were usually complementary. Our friendship with America has given us a G7 seat (at the insistence of President Gerald Ford), a military shield that allows us to grossly underfund our own defence forces, and a powerful helping hand in times of need.

In the halls of Global Affairs Canada, the orthodoxy is that we sink or swim with Washington, and therefore, when the Trump circus finally leaves town, we should undoubtedly be there to help rebuild American prestige and influence wherever we can.

But—what if we didn’t? What if we simply boarded our own raft, or paddled over to another ally? I am not suggesting we cut our ties to Washington and become a prickly adversary, a northern Cuba. Our economies are deeply integrated, there is that long border, and who needs a superpower as an enemy?

READ: How liberal democrats can save America, slowly but surely, from Trump

But. What if we decided to “Trump-proof” Canada? What if we consciously and ambitiously began to build a new foreign policy alignment in anticipation of the next American wreck? (When you consider the state of the U.S. political system, the role of money and the entrenched rot in both the Democratic and Republican parties, another Trump seems inevitable.)

Trump-proofing would mean realigning our diplomatic compass elsewhere. If the United States no longer shares our foreign policy goals, then we need to turn to a partner who does. Who would that be? Who supports human rights, a rules-based international system and strong Western institutions like NATO? The obvious answer is Europe.

European pundits originally floated the idea that Canada join the European Union 15 years ago. They argued that our social and political affinities were far more European than American. And they had a point. Others since have argued it makes excellent sense from the perspective of trade, giving the EU a North American bridgehead and Canada access to a market that rivals NAFTA. An equally compelling argument is that we are far more likely to achieve our common goals of multilateralism and the rule of law if we join forces more closely. And the timing is really good. With one member of the Commonwealth pushing themselves out of the EU, a prime opportunity exists for another to push in.

As Canada’s diplomats begin to brief Canada’s next government on the menu of foreign policy options, it would be nice to think that there is a tiny footnote that points out this one small but true idea—when it comes to Washington, there are other options.

This article appears in print in the December 2019 issue of Maclean’s magazine with the headline, “Abandoning the U.S. ship.” Subscribe to the monthly print magazine here.