We must work toward an abolitionist future for our world

Rinaldo Walcott: There has been something animated by the death of George Floyd that is deeply familiar and that calls out for something more—something beyond mere redress, arrest and conviction 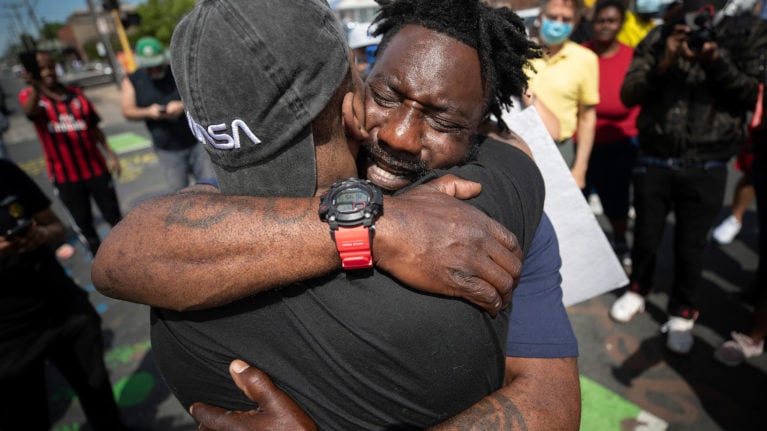 To the late Essex Hemphill,

Your poetry and essays have been a force in my life since my first encounters with them. As a Black gay man, you have given me language to see myself and to be an actor in the Black community. Your moral and ethical clarity on homophobia, anti-Black racism and living life during AIDS, that other pandemic, has become part of my perspective. Your uncompromising challenge to Black, white, straight and gay remains a powerful guide for how to be in the world. In moments of crisis, I turn to your example and words.

I want to bring you up to speed on the ongoing disregard for our Black lives, on the ongoing state violence that we’re continually subjected to across North America. I want to tell you what has been kindled for me with the brutal murder of George Floyd in Minnesota by the police.

Essex, I live north of the 49th parallel where we are repeatedly told we have it better than those in the U.S. I live in a place where our current Prime Minister wore blackface so many times he could not recall, and where Black life is given short shrift, too. In Ontario, where I live, Black people are more likely to be living in poverty and substandard housing. We are over-policed and we are 20 times more likely to die in encounters with the police compared to a white person. But there has been something animated by the death of George that is deeply familiar and that calls out for something more—something beyond mere redress, arrest and conviction.

This time we must work toward an abolitionist future for our world. It will begin with redirecting billion-dollar police budgets to communities in distress, giving them access to better housing, health care and transportation, and ownership over how conflict is managed in their communities. Abolition of governance by violence is the only option for our future now.

The calm solemnity on the face of the police officer as he kneeled the life out of George Floyd will stay with me for the rest of my life. While George’s death was the most sensational one recently, here in Toronto we lost Regis Korchinski-Paquet under suspicious circumstances; in February we lost Ahmaud Arbery in Georgia while he was jogging; Breonna Taylor in Kentucky while she was sleeping in her bed; Tony McDade, a trans man in Miami.

Tony’s death in particular would have hit you hard in the chest, Essex, because we were reminded that some Black deaths can matter less. Hearing of Tony’s death made me recall your poem When My Brother Fell:

I only knew he had fallen

and the passing ceremonies

did not stop the war.

Essex, I am swinging wildly between anger and despair, between sadness and outrage, but I won’t let them see me cry. Tears are not what is called for at this time.

Rinaldo Walcott is a professor of Black diaspora cultural studies at the University of Toronto.