Blockades hit blue-collar workers first. So much for sticking it to the powerful.

Ian King: An angry and alienated working class is not good news for anyone; it’s fertile ground for opportunistic populists to exploit and turn Canadians against each other 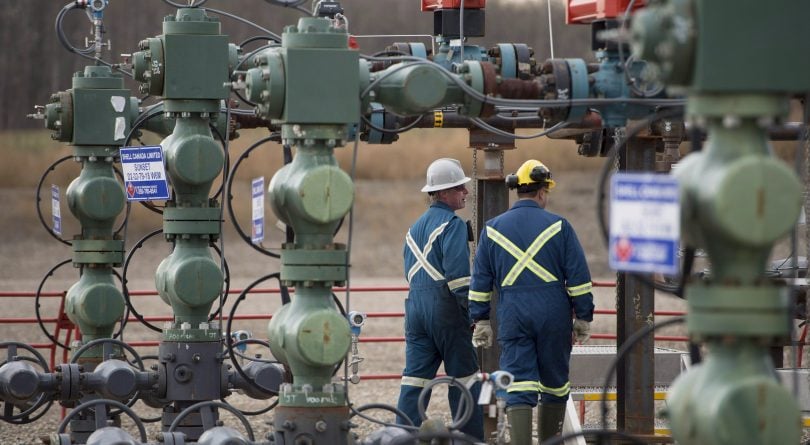 Ian King is a former Vancouver-based journalist who became an instrumentation and control specialist after moving north in 2013. He currently works all over Northeastern British Columbia.

While politicians, activists, and academics trade barbs over the dispute over the Coastal GasLink pipeline in Northern British Columbia, one group is conspicuously left out of the debate: the working-class population—welders, truckers, pipefitters, heavy equipment operators and medics—who stand to gain from the line’s construction.

They also stand to lose more than anyone else if projects are cancelled.

It’s a bloody shame, because they are the other group directly affected by every aspect of the line. A pipeline represents years of opportunities for contractors and the workers they employ. A years-long project gives green apprentices a runway to getting their trades ticket. Yet in demonstrations blocking rail lines or counter-protests, the interests of northern truckers, tradespeople, small business owners, or youth looking for economic advancement are left unheard.

The first blows from the blockades of Coastal GasLink opponents didn’t hit gas field grunts in the Peace River country, where the gas for the line will originate. Nor was it heavy equipment operators in Northwest B.C. handling the pipeline’s construction as it snakes toward the LNG Canada plant in Kitamaat. Railway workers in Central Canada were hit first: 450 Canadian National employees received temporary layoff notices, followed by another thousand at Via Rail. This means a week of lost wages for those workers and an even smaller Employment Insurance cheque until trains move again. It’s a bigger pinch than any rail or pipeline executive will face.

So much for sticking it to the powerful, as protest backers claim to do; it’s always those at the bottom who pay first.

For someone in Vancouver, Toronto, or Ottawa, it’s easy to oppose a pipeline, a mine, or an LNG plant. Unless you’re directly involved in the project, opposition costs nothing up front. In the longer run, it might mean paying slightly more tax—a burden shared among millions. Compared to the prospect of long-term unemployment, or of needing to move to a new town, it’s tiny.

MORE: These protesters know more about Indigenous issues than their detractors claim

By contrast, supporting those projects imposes immediate social costs on a city-dweller. You’re seen as a bootlicker for Big Oil, a foe of reconciliation, a climatic genocidaire. The conflict is more complex. Wet’suwet’en chiefs’ and citizens’ concern for their lands and waters are real. Coastal GasLink has to take them seriously and must mitigate the impacts and minimize the risks that come with a big-inch gas pipeline.

The social equation is reversed in Northeastern B.C.: it’s easy to support a project that most see as a benefit; opposing the line comes with an unfair social cost. Northeastern voices are sometimes heard, but drowned out politically: the region has two MLAs in an 87–seat assembly representing some 70,000 people in a province of five million.

The dynamic of who pays and who benefits was illustrated well in two protests—on Feb. 18 and Feb. 19—a day apart, in two provincial capitals, Victoria and Edmonton, where demonstrators took the law into their own hands. On Feb. 18, in Victoria, the local Extinction Rebellion group set up camp at B.C. Premier John Horgan’s house to perform a citizen’s arrest over his support for Coastal GasLink and the LNG Canada project. The next day in Edmonton, a rail blockade by pipeline opponents was dismantled not by police, but by counter-demonstrators.

More people in Victoria work in public administration than in any other sector. Health and education (largely publicly funded), are not too far from the front. The number of people in primary industries is often too small to measure. The protests throughout Victoria in the last two weeks aren’t just due to it being the seat of government or its political culture, where Greens and New Democrats are the front-runners. It’s just hard to find someone there who’s involved in the industry and can off an up-close perspective.

Edmonton may be Alberta’s capital, but it is also the operating base for much of the oil patch’s construction and service firms. While Victoria is overwhelmingly white-collar, Edmonton has a strong blue-collar ethic. It’s a city powered by pipefitters and public servants alike, which helps explain why blockades and protests in Edmonton have been smaller despite the city being over three times Victoria’s size.

Mechanically inclined workers found themselves on the losing end as outsourcing and globalized supply chains became the norm in the past half-century. Manufacturing left the old industrial heartlands. New service sector jobs suited some workers, but not everyone. Where were the rest to go?

In 1992, Canada’s largest industrial layoff happened when the Newfoundland cod fishery was closed. It ended a way of life for tens of thousands, who now needed to look elsewhere to keep food on the table. Alberta offered opportunity, and over 20,000 came to Alberta over the next two decades. Nova Scotia lost 12,000 workers to Alberta in the early 2000s. Contractors in Fort St. John, B.C. kept a line open to New Brunswick and Newfoundland, bringing in willing workers.

In both cases and many beyond, the oil patch was the best opportunity, one of the last places someone with a decent work ethic who wasn’t cut out for desk work could do well. Take it away from them, and what’s left? It’s deeply insulting that environmental leaders will in one breath condemn the resource industries, then pump up tourism as an alternative. When critics of resource projects tell workers in resources to switch careers, it comes across as telling them to take a massive pay cut. They react as anyone would to such a proposition: extremely poorly.

The class divisions in the fight over Coastal GasLink reflect a worrisome divide in this country. Protests and blockades garner a largely urban, largely white-collar base of support. Blue-collar workers concentrated in the Canadian periphery—in the suburbs, exurbs and flyover country—take the first blow from those same blockades and protests. They fear for their jobs and futures, and it feels like no one is listening.

An angry and alienated working class is not good news for anyone. It’s a perfect environment for feelings of division and resentment to brew and grow. It’s fertile ground for opportunistic populists to exploit and turn Canadians against each other.

The working class needs hope. It needs assurances that projects will go through, but also real action from government and industry to support sectors so that oil and gas isn’t seen as the last best hope. It needs respect, it needs a future, and it needs to be heard.