Which party will address systemic racism in Canada?

Ritika Goel: Let's stop talking about whether Justin Trudeau is racist and examine the policy platforms of each party instead 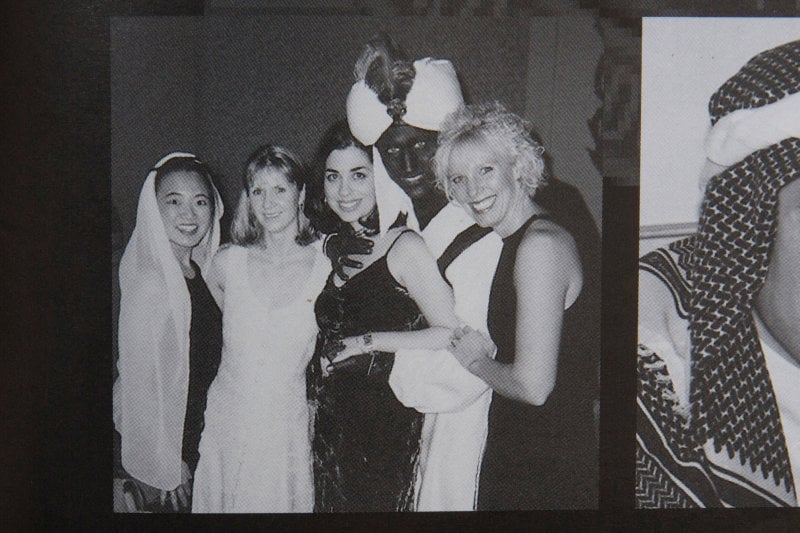 Ritika Goel is a family physician and family medicine lecturer at the University of Toronto.

Recent photos of Justin Trudeau donning blackface and brownface have rocked the nation. But public discourse has focused mostly on whether Trudeau is racist and fit to lead the country. Through this narrow lens, we miss the deeper story of how Trudeau’s blackface symbolizes and exposes the underbelly of racism and white privilege in Canada.

We have a broken system; one which allowed a 29-year-old private school teacher, the son of a prime minister, an able-bodied, cis-gendered, heterosexual, white man, to engage in overtly racist actions on multiple occasions, and subsequently become the PM of our country. Should we not examine how this came to be?

Discussions on race and racism are rare in Canada. Canadians often embrace a narrative that separates us from the United States, positioning ourselves as the enlightened neighbours to the north. When we do talk about racism, our discussions focus on individual actions by individual people, labelling them as moral or immoral, good or bad, rather than acknowledging racial stereotypes that surround—and are internalized—by us all.

MORE: Trudeau couldn’t have prayed for a better distraction

Systemic racism intersects with other structures of power, which continue to bolster privileged men, the wealthy, heterosexual and cis-gendered people, as well as people without physical or mental health issues, among others. In addressing systemic racism, never forget that all systems of power are fundamentally linked.

Canada’s founding was based on the colonization of this land and the subjugation of Indigenous peoples. The laws and policies that followed made their cultural practices illegal, forced them into the reserve system, and abused them through “Indian hospitals” and the residential school system. In fact, Canada’s oppression of the Indigenous peoples was considered so effective, it was used as a model for South African apartheid.

This legacy of cultural genocide, family separation and intergenerational trauma means that despite their resilience, the Indigenous population in Canada is overrepresented in our prison population. They also have disproportionate numbers of children in the foster care system.

MORE: The blackface photos jolted voters, but maybe only temporarily

Post-colonization, our government put policies in place, at different points throughout history, to curb the immigration of racialized groups. Some examples include the Chinese head tax of 1885, the 1908 Hayashi-Lemieux agreement that restricted Japanese immigrants, and the Canadian Immigration Act of 1910, which limited the entry of Indian immigrants, Black immigrants and Jews.

Today, our immigration policies bring in predominantly racialized women from the Philippines on temporary foreign worker contracts, often leaving behind their own families to take care of ours. We bring in racialized men from the Caribbean and Latin America to pick our fruits and vegetables on farms, while denying them a permanent path to residency. We have an immigration detention system, which has drawn the ire of the United Nations due to its practices of indefinite detention.

Immigrants coming through economic migration pathways still struggle to land job interviews due to having “ethnic” names, while having to justify their lack of “Canadian experience.” This employment ordeal is coupled with the fact that new immigrants don’t have the social networks benefiting those with longstanding ties here.

MORE: The history of blackface that Justin Trudeau is contending with

We also tend to forget that Canada has its own history with slavery and blatantly racist acts, such as blackface minstrelsy performances. All this to say, it seems we’ve lost sight of our painful past.

Let the photos of Justin Trudeau be not a discussion about whether or not he is racist, but rather about what his party—or the others—will do to address systemic racism in Canada.

This means true reconciliation with Indigenous communities. It means addressing issues that disproportionately impact racialized communities such as poverty, lack of affordable housing, tuition and good jobs, to name a few. It means policies that call for better representation of people of colour within our halls of power. It means fair immigration policies that seek to promote pathways to permanent status, ending the double standard for new immigrants, and the cycle of indefinite detention. It means addressing the implicit bias in our justice system and child welfare system. It means ensuring people’s right to openly express their religion.

Let’s examine the record and the platform of each party to see who is willing to commit to true anti-racist policies. And let’s reflect on our own privilege, our personal implicit biases, and the systems we benefit from.

The narrative of Canada as an equitable and just multicultural society does not have to be myth. Through policy, it can become a reality.