There could be an increase in unintended pregnancies just as abortion becomes less available, putting women who are self-isolating in abusive situations at higher risk 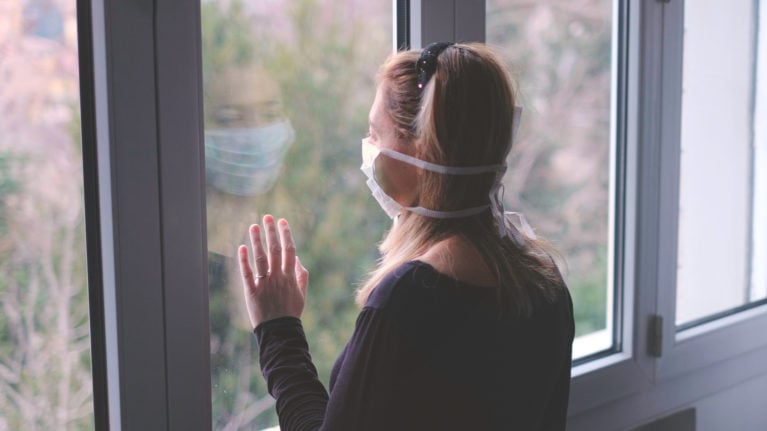 Abortion has been categorized as an essential medical service during COVID-19, but hospitals across the country have closed or limited abortion services so as to redirect resources to the pandemic. (iStock)

While COVID-19 has prompted widespread discussion (and in some cases fiery debate) about medications such as hydroxychloroquine, azithromycin and remdesivir, one drug which may be of great consequence during the pandemic has seldom been mentioned: Mifegymiso, also known as the “abortion pill.”

Reproductive health advocates began sounding the alarm last month that access to abortion in this country is shrinking. Action Canada for Sexual Health and Rights reported that calls to its 24-hour hotline increased by 30 per cent in late March, with many of those phoning in were distressed about not being able to schedule an abortion or acquire contraception.

And while Canadian health authorities have categorized abortion as an essential medical service, hospitals across the country have closed or limited abortion services so as to redirect resources to COVID-19. Standalone abortion clinics continue to operate, but they only serve specific regions. For most of rural Canada, having an abortion means hours or even days of travel, which during the shutdown has become substantially more challenging. The closure of schools and daycares presents an additional hurdle for the nearly 60 per cent of people seeking abortion who have children.

Contraception has also become harder to afford during the pandemic. Widespread layoffs have caused many to lose health benefits, and supply-chain issues have meant pharmacists are dispensing medications only one month at a time, roughly tripling dispensing fees. Even condoms are expected to be hit by supply chain problems and may soon become unavailable.

RELATED: Coronavirus could decimate small and isolated communities in Nunavut

Meanwhile, anti-choice groups like Campaign Life Coalition are lobbying provincial and territorial governments to declare abortion a non-essential service, thereby eliminating it. They are no doubt emboldened by similar efforts in the U.S. which have successfully hindered abortion services in numerous states.

All in all, we could be seeing an increase in unintended pregnancies just as abortion becomes less available. This presents an additional risk to women who are forced to self-isolate in abusive situations, as pregnancy is a known intensifier of intimate partner violence.

When Mifegymiso became available in Canada in 2017, it was heralded as a major advance in reproductive health. Abortion was no longer the sole domain of hospitals and abortion clinics, as Mifegymiso could be prescribed by family doctors or nurse practitioners for pregnancies up to nine-weeks gestation and is 95-98 per cent effective.

Disappointingly, uptake by primary care providers of Mifegymiso has been low. A Globe and Mail investigation last summer found more than two-thirds of prescriptions came from abortion clinics, with many people reporting that their primary care provider had refused to prescribe it.

Primary care needs to adjust its attitude on Mifegymiso, which is more important now than ever. It solves many of the abortion access problems created by COVID-19. It does not require travel outside of one’s community (and it is frankly unethical in these dangerous times to force patients to travel for an abortion when they don’t need to). It can be taken discreetly, a fact which might be critical to the safety of people who are currently sheltering in place in dangerous environments. The cost is covered by provincial, territorial or federal health insurance throughout most of Canada and despite supply-chain issues last month, it seems to be in stock for at least the near future.

Recognizing the significance of abortion access during the pandemic, the Society of Obstetricians and Gynecologists of Canada recently released guidelines for phone prescribing of Mifegymiso. This means an office visit is no longer necessary. This new policy is supported by numerous studies showing telemedicine abortion (phone prescribing of Mifegymiso) to be safe and effective.

There are other measures Canadian health authorities must take to protect reproductive health right now. Contraception should be universally covered. Mifegymiso prescribing could also be expanded to include pharmacists and midwives who have completed the necessary training. Finally, Health Canada should extend the cut-off for taking Mifegymiso to 10 weeks, in line with common practice in many other countries.

Mifegymiso is not a panacea for the problems COVID-19 poses to reproductive health. But we need our health authorities to appreciate the risk that there will be an increase in unintended pregnancies during the pandemic. We need them to work to change the mindset of those in primary care who view Mifegymiso as a specialized, out-of-scope treatment. Medical and nursing associations can also help shake off the stigma around the drug through advocacy and education. More than ever before, Mifegymiso is an essential medication at the core of reproductive health and primary care in Canada.

Michelle Cohen is a family doctor in rural Ontario and an assistant professor in the Department of Family Medicine at Queen’s University.