Will Canada close its border with the United States?

Scott Gilmore: For decades, Canada’s foreign and economic policy has been based on keeping the border open. Coronavirus changes everything. 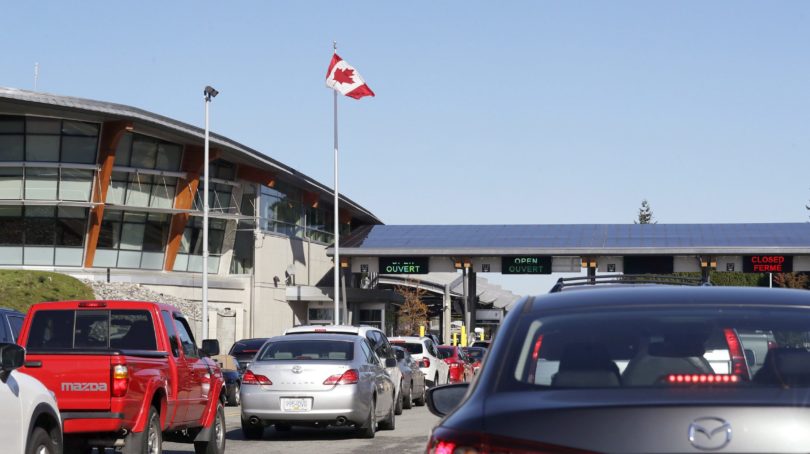 This seems like an incredible, preposterous question to even consider. But we now have to ask it.

For generations, Canadian politicians have moved mountains to keep our southern border wide open, to people and goods. And, for good reason.

Every year, 24 million Americans make a trip to Canada and, at this time of year, a quarter-million Canadians go south every day.

The trading relationship that depends on that border is the second largest in the world. On average almost $2 billion in goods and services goes back and forth daily. Seventy-five per cent of all our exports cross that border. At least 20 per cent of our GDP depends on this trade.

After 9/11, the biggest policy goal in Ottawa was to calm American fears and protect the Canadian economy. In fact, you could argue Canada’s entire foreign and economic policy for decades has been based on keeping that border open.

So, it seems ridiculous that we are even discussing it. But now we are. As the coronavirus pandemic sweeps over the globe and heads towards Canada, officials and the public are watching what is happening in Europe, and what is not happening in the United States.

In Europe, Italy is paralyzed by the pandemic, with cities quarantined, industry shut down, and a mounting death rate. In the United States, the government continues to stumble in its own efforts to prevent an Italian scenario. The president has shut down some incoming flights from Europe but testing is well below where it should be and there are experts who believe the virus is now running rampant through the country.

How far behind is their testing? As of yesterday (March 12), Canada had conducted over a thousand more tests than the United States, and we are one-tenth the size. As a result of testing and other measures, the growth rate of the virus is substantially lower in Canada, increasing at a rate of under 20 per cent per day. By comparison, in the U.S. confirmed cases are growing at an average rate of 40 per cent over the last seven days. In one analysis of WHO data, Canada is doubling the number of infected every six days, while the US is doing so every two days. They are on track to reach Italian levels of infection within the next two weeks.

As a result, the single most likely vector for the coronavirus to spread into Canada, without question, is the movement of people across our southern border.

So it is not surprising that this morning the Canadian government, following the lead of some provinces, called for Canadians to avoid all international travel. That includes travel into the United States. And, in an interview with CBC, the Prime Minister did not rule out going further. When asked if he would close the border, he replied, “We are in the midst of looking at this … We’re in the midst of evaluating day-to-day what to do.”

Some epidemiologists have stated (including Anthony Fauci, the head of the U.S. National Institute of Allergy and Infectious Diseases at the National Institutes of Health) that the unexpected decision by Trump to block travel from Europe might not be the most effective means of addressing the pandemic, but it will nonetheless slow the spread of the virus into the U.S. That same logic would apply here.

Around the world, countries are finding themselves in utterly uncharted waters. In a complete reversal of roles, some African countries are now blocking travellers from Europe. Argentina has banned flights from the United States. The idea that Canada may do the same is no longer impossible.

What would such a move look like? Similar to Trump’s European ban, it would likely not include trade. Nor would it prevent Canadians from returning from the United States. By some estimates there are at least a million living in the U.S. and we made 27 million trips to the U.S. over the last year.

When might this happen? As you read this, it is almost certain that Canadian officials are doing the math. As the Prime Minister said, decisions are being taken day-to-day. And as events accelerate, the border could close at any time. Which is just an astounding, dizzying idea to consider. But, here we are.