Will nostalgia define the next four years in American politics?

Adnan R. Khan: President-elect Joe Biden's emerging cabinet suggests he is more interested in reset than reform. Is that what America really needs? 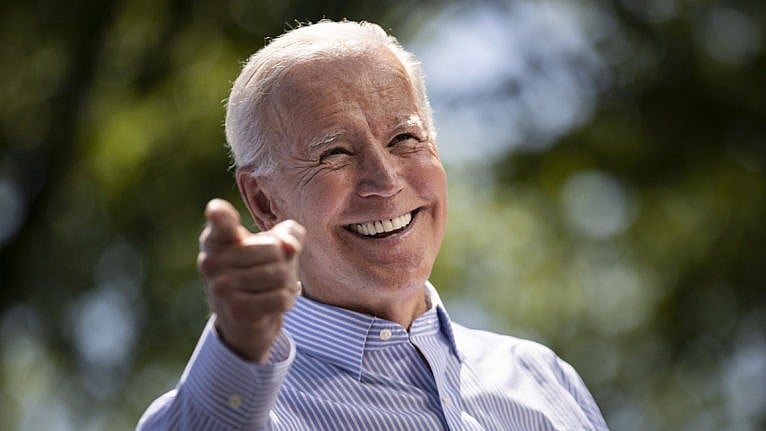 Biden speaks during a campaign kickoff rally on May 18, 2019 in Philadelphia, Penn. (Drew Angerer/Getty Images)

As president-elect Joe Biden’s cabinet takes shape, one thing is becoming increasingly clear: we shouldn’t expect any major surprises. That, in itself, is no surprise. In his 48-year career in politics, Biden hasn’t developed a particularly risk-taker reputation, despite those edgy aviators. He is the steady ship, predictable and palatable. It’s why the Democratic establishment chose him as their candidate in the first place.

The question though is if a steady ship is what America needs in this moment of disorder and upheaval. Maybe it is. Maybe it’s what the world is expecting at a time of pandemic and a rupturing international order. A reset feels right: a return to something more familiar, to a centre of gravity from which to observe the devastation at a distance, and then decide what to do next.

First, of course, will come the pandemic fight, but that looks promising. With two vaccines lined up for approval in the coming days and weeks, there is an end in sight to this nightmare, even if “normalcy” is still up to a year away. What comes next, though, evokes a persistent feeling of unease. Perhaps it’s the trauma talking: After four years of a Trump White House, that lurking sense of impending doom will not go away quickly.

That’s maybe why Biden’s cabinet choices feel so comforting: they hark back to a time when things made more sense, and if there is one thing Trump has demolished, it is the feeling that our world makes sense.

But this may be simply pining for a mythical past. Was the Time Before ever so warm and fuzzy? We had Barack Obama, but we also had rising right wing extremism around the world; we had birtherism (led by Donald Trump); and we had a global economic collapse precipitated by American financial greed and hubris. Before that, we had Sarah Palin and the proto-Trumpian Tea Party; we had George W. Bush, Dick Cheney, Donald Rumsfeld and the War on Terror.

When you think of it that way, looking back is rather a cautionary tale than a place of refuge. American democracy is in crisis, and has been for many years. The fact that Trump and the Republican Party have tried—are still trying—to overthrow the results of the November election should come as no surprise. As Zeynep Tufekci, a sociologist and cultural commentator, recently pointed out, mistrust in the American election system has existed since 2008. It was only a matter of time before someone tried to weaponize it.

And yet, the contours of Biden’s emerging team feel all-too familiar. Antony Blinken, the choice for Secretary of State, has all the credentials and the experience for the job. He is clearly qualified, which is of course a refreshing change from the coterie of hacks who made up Trump’s cabinet.

But Blinken was also one of the key architects behind the Obama administration’s failed strategy in the Middle East and, in 2001, argued in favour of NATO enlargement into the Baltics, a move some Russia experts at the time warned would undermine Vladimir Putin’s tentative steps toward normalization with the West.

These may only be missteps. The world is complicated, and even the smartest people sometimes get things wrong, or are proven wrong by history. But the pattern of Blinken’s mistakes suggest something more than mere miscalculation. He, like others appointed to Biden’s cabinet, subscribes to a strategic worldview operating on the foundation of American exceptionalism, where America not only leads the world into the light, but is the light.

What the last three decades since the Cold War have demonstrated is that American exceptionalism has always been a myth, at best aspirational, at worst delusional. What America needs more than anything now is some self-reflection, to stop pretending it is the shining beacon that it really never was.

That’s a tall order, particularly in a nation where the political gears are greased by establishment elites who have rarely demonstrated self-awareness. Indeed, American popular culture celebrates those who demonstrate a wanton disregard for self-awareness and humility.

Many of those elites were sidelined during the Trump presidency. Now, they’re angling for a return to the good old days of influence peddling and favouritism, the kind of insider access that got the U.S. into this mess in the first place. In 2016, and again in 2020, tens of millions of Americans, feeling disconnected from democracy, voted for an outsider, a disruptor who would shake up the establishment.

As horrifying as the Trump presidency has been, it is not an anomaly. There is no way to separate it from the fact that politics in America is fundamentally broken. Rolling back Trump’s damage will only be a first step. From there, Democrats will have to lead their country in a new direction; they will need to embrace new ideas and dismantle some of the old structures that have turned American democracy into a plaything for a tiny sliver of the population.

Are Biden and his team of establishment figures up to the task?