Is unleashing Jason Kenney on Ontario a good idea for the Tories?

The Alberta premier established his bona fides in a part of the country that swings federal elections. Much has changed since then. 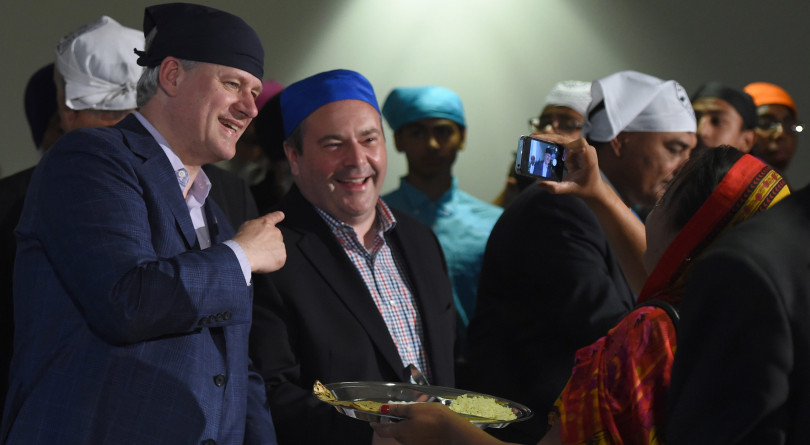 A premier spending days campaigning in a different province for an election of a different order of government: in most cases, it would be political catnip for the opposition back in his province. Alberta in 2019, I cannot say enough, is not most cases. Premier Jason Kenney could gain popularity at home if he ditches Edmonton this fall to hold fundraisers in Markham, Brampton and Mississauga, in service of flipping the federal election away from Justin Trudeau’s Liberals. A typical opposition argument would condemn the premier for wooing Ontarians while a litany of Alberta issues demand attention. But in the minds of many frustrated Albertans, ousting Trudeau is one of the province’s most pressing issues.

This clears Kenney to decamp to Toronto’s populous suburbs for a few brief stretches this fall to stump for Andrew Scheer and Conservative candidates, as the Globe and Mail reports he will. It’s a reprise of the campaign outreach Stephen Harper’s former minister did in immigrant communities in the 905 area and elsewhere in past federal elections. While Albertans will likely stomach their premier’s extra-curricular activities, it’s more of an open question what the net benefit of this would be to Scheer’s Conservatives, whose electoral fortunes could be determined in the roughly two dozen seats that ring Toronto. Will the positives outweigh the negatives?

There’s no clear successor in Scheer’s current caucus to Kenney, the longtime immigration minister and tireless ethnic outreach king who in one weekend would hopscotch from a Chinese banquet hall to a Sikh gurdwara to a Philippine picnic to a Coptic temple, collecting fistfuls of donations, volunteer signups and vote pledges along the way. Plainly, it’s not normal for the Conservatives to have a Jason Kenney, capable of politicking effectively in nearly every shard of Canada’s cultural mosaic and shake loose the Liberals’ traditional grip on new Canadians’ votes; it would likely take a team of outreach workers to accomplish what he did. Kenney has maintained and tended to his contact lists since shifting to Alberta, and retains at least some of his support base out there: members of Toronto’s Chinese community hosted a reception in his honour in March 2018, when Kenney came east to speak at the Ontario Progressive Conservative leadership convention.

RELATED: Jason Kenney to take his anti-Trudeau show on the road

It took Kenney several years to hone his outreach methods and to persuade communities to abandon the Liberals in favour of Stephen Harper’s Conservatives. Now both of the leaders who wooed minorities in the 905, Harper and Kenney, are off the federal ballot, having alienated those communities in the last election with policies like the “barbaric cultural practices” snitch line and bans on face-coverings at citizenship ceremonies. Scheer is an unknown commodity to many; a visiting Kenney would have to reassure voters that the new leader brings the sort of political chops and immigration system improvements they liked in 2008 and 2011, without the warts of 2015—and that Scheer is certainly not the kingpin of a motley band of racists and xenophobes that Trudeau’s Liberals contend they are. It’s no stretch to assume that if Kenney campaigns federally in Ontario, he’ll also hold fundraisers in Lower Mainland B.C. and the Montreal area—both parts of his old familiar ethnic campaign trail.

Kenney seems intent to make time-zone-hopping almost as regular an activity as premier as it was in his federal career, with his lecture and lobbying circuit in favour of Alberta oil and pipelines. On Friday, he was in Toronto to meet Mayor John Tory and speak to the C.D. Howe institute. The scoresheet, four weeks into Kenney’s premiership: two speeches in Hogtown, zero in his native Cowtown.

Will he be viewed now differently within communities he cultivated in years past? And perhaps more importantly, by voters who aren’t the target of his private fundraisers and events, and might be rankled by his fly-in work?

When he was a federal minister, it was much easier for Kenney to tell Ontarians and British Columbians that he was striving for the best results for all parts of Canada. Now, he’s premier of just one part, an Alberta-firster by design. He professes interest in bringing all Canadians the spin-off jobs and redistributed wealth from Alberta oil development, yet campaigned on a jarring proposal to rejig federal health and social transfers in a way that would substantially favour his province to the detriment of others.

Ontarians will reasonably be suspicious as to whether he has their best interests at heart. The extent to which climate change becomes a major issue in this election may influence how warmly the petro-province leader’s insertion into Ontario riding contests is received. If concerns about a warming planet and extreme weather are chief in voters’ minds, the amount of money and support Kenney raises in Brampton may be outweighed by the scorn his policies and carbon-tax opposition attracts in the rest of the province.

Some developments back in Alberta also make Kenney’s travels more of a dubious proposition. The RCMP continues to investigate alleged voter fraud perpetrated by Kenney’s 2017 campaign for the United Conservative Party leadership, and much of the scrutiny concerns Indo-Canadians in Calgary and Edmonton whose information may have been fraudulently used to obtain online voter identities. Should the investigation bear fruit—no charges have yet been laid—it would reveal the most cynical and craven version of ethnic politics in Canada, and a willingness by Kenney to embrace such dark moves. Why would a Sikh business group or a Polish Catholic Church welcome a politician who abuses his entrée into their community?

To be sure, Kenney and the federal Tories have left themselves an escape hatch: his camp says he won’t stump if it’s seen as a political liability, and the Conservatives are currently leading in the polls. But a party that can use help in a part of the country that tends to swing elections—and has no obvious candidate to provide it—Kenney’s walk down Memory Lane (that’s in Richmond Hill, right?) no doubt seems a gamble worth taking.