It's time for Conservatives to ditch dairy cow Marxism

Opinion: Conservatives often get accused, wrongly, of not caring for the poor, but when it comes to Andrew Scheer's support for supply management, it's true 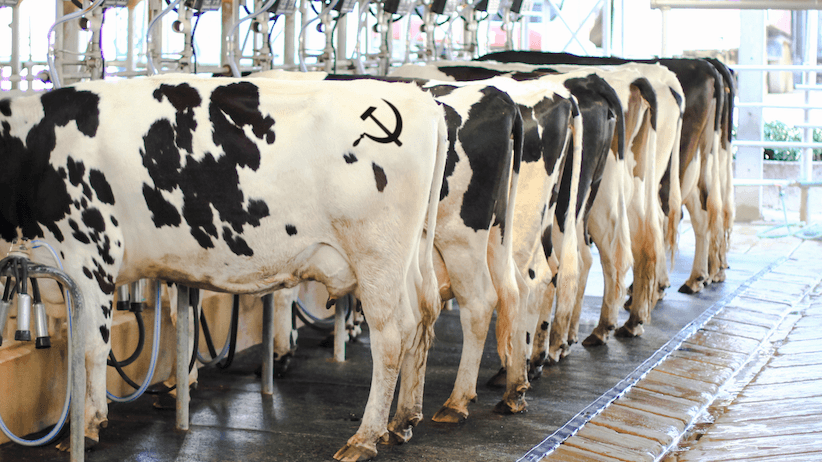 One stereotypical knock against conservatives who speak in the language of economics, especially if they focus on deficits, debts and taxes, is that they couldn’t care less about the poor.

It’s incorrect but the charge results from how modern liberals tend to favour government intervention on poverty issues while conservatives focus more on opportunity; the latter just do a lousy job of connecting the dots for the public.

However, sometimes conservatives—and here I transition to “big-C” partisan Conservatives—deserve scorn for policies that harm the poor and are also anti-free market.

The most recent example comes from federal Conservative leader Andrew Scheer. Scheer, for those who missed it, edged out a narrow victory against Maxime Bernier in May in the contest for leader of the Conservative party. Scheer did so by promising to protect “supply management” for Canada’s dairy and poultry farmers. That had particular resonance in Quebec and delivered Scheer to victory courtesy of what columnist Terence Corcoran called “fake Conservatives”.

RELATED: Now is our chance to scrap the milk tax once and for all

The notion of using government to act as a protectionist shield for farmers dates back as far as 1872. That was when governments first attempted to restrict supply of agricultural products in order to boost prices for farmers, and thus force high prices on consumers.

Today’s supply management boards result from 1960s-era federal and provincial legislation which allows for national production limits on milk, for example, which then are apportioned among the provinces. But such policy and the marketing boards that deliver it, thus control the supply of products from milk to chickens to cheese, the management of prices, and prevent competition from foreign cheaper products via punitive tariffs. Such tariffs range from 202 per cent for skim milk to 298 per cent for butter.

Supply management is a relic of 1930s Soviet central planning influenced by Karl Marx. It never should have been introduced into Canada. So let’s call supply management what it is: Marxist economics applied to dairy cows.

Scheer’s unprincipled anti-free market policy is not new in the federal Conservative party or its various iterations. From Brian Mulroney to Stephen Harper, all supported a policy that at its core is unfriendly to the 35,129,728 Canadians who are not dairy and poultry farmers (with approximately 12,000 in the latter categories) but especially the poor.

None of those leaders won their party’s top spot courtesy of that narrow, fundamentally anti-free market policy position. Also, at least Brian Mulroney has called for the phase-out of supply management over time, a sensible pragmatic approach. (Australia ended policy similar to supply management in 2000; a tax of 11 cents per litre was applied to milk and producers were then paid out for the extra but artificial value of their supply-managed assets.)

READ MORE: How to scrap supply management—a lesson from down under

But instead of considering the example of Australia, or New Zealand, which has a large export sector in dairy products, the Scheer Conservatives are moving in the direction of entrenching dairy cow Marxism. Conservative MP Ed Fast, the former Harper government’s International Affairs Minister, is a case in point.

In a recent column, Fast demanded that the Liberal government “make clear” that “supply management is here to stay” and not sacrifice it to any reworked NAFTA.

In his piece, Fast admits that supply management “is not necessarily synonymous with free trade” but then offers disingenuous support of it anyway.

The anti-free market Fast asserts supply management ensures “production [that] matches demand within the Canadian marketplace”—a task that in the fruit and vegetable aisle is left to grocery stores and consumers. He argues supply management “ensures that producers receive a reasonable return”—again, opposite open markets where returns are earned by catering to customers instead of governments and their self-created cartel agencies.

Fast then tugs at heartstrings from hearth and home when he writes of how all this means “consumers have access to a steady supply of safe and healthy food”—as if Wisconsin dairy farmers and French cheesemakers are, what…? Dangerously near to poisoning their fellow citizens?

Fast’s last bit of free trade-betraying intellectual rot is in the claim that “there is little, if any, evidence that the system has made dairy, egg and poultry unaffordable for the average Canadian.”

But that’s a straw man. Many Canadians can likely live with milk, cheese and chicken prices higher than they ought to be due to dairy cow Marxism. But that begs the question of why governments should get away with bumping up our food bills for their political interests, an especially egregious position for a party—recall Mulroney again, but also multiple free trade agreements under Harper—that once championed free trade.

An inconvenient fact for Scheer and Fast: Dairy and poultry supply and price “management” cost as much as $585 for a family with children according to one 2015 study, or nearly $3,000 over five years.

That is indeed expensive for middle class households who might prefer to spend that money on a summer vacation. And $585 annually is prohibitive for the poor, whose incomes are swallowed up by the basics of life: Shelter, clothes and food.

Scheer and Fast are wrong on the facts, though I suspect both men know that. They have also chosen to perpetuate a stereotype that is accurate in their case: Of political big-C Conservatives who protect and advance policy that hurts the poor.