Jody Wilson-Raybould: From the trenches to front benches

Canada's justice minister inherits urgent files — many of which she knows intimately from her time as a Crown prosecutor in B.C. 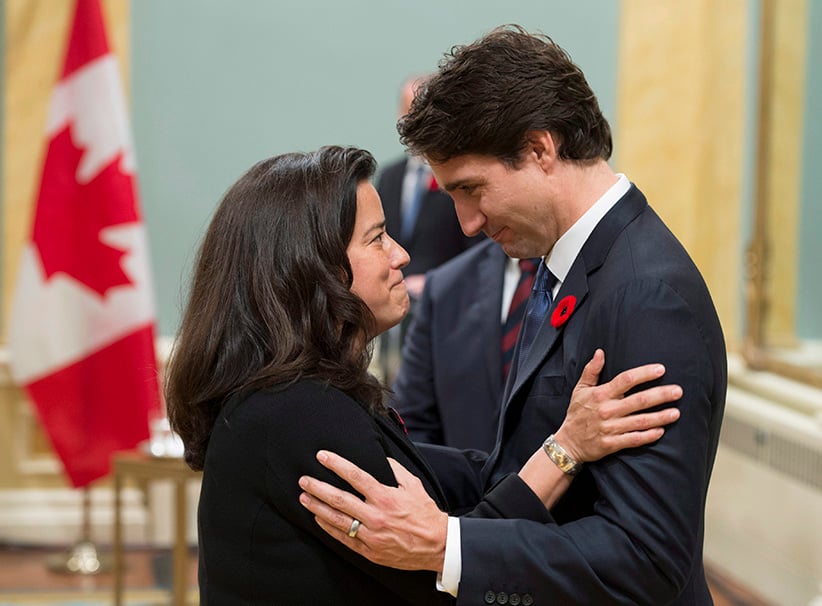 Grand Chief Stewart Phillip met Jody Wilson-Raybould when they ran against each other to be regional chief of the Assembly of First Nations in British Columbia. Phillip, who was already the outspoken president of the Union of B.C. Indian Chiefs, found himself advising Wilson-Raybould during the campaign.

“She had a tendency to speak too fast. And I would tell her at the all-candidates forums that you need to speak more slowly because what you have to say is important and people need to hear it,” he said in an interview with Maclean’s.

When Phillip was eliminated from the ballot, he had no doubt who he’d support. “She was incredibly well-prepared, that’s her nature. She most definitely had a plan, a very well-put-together, comprehensive plan,” he said.

“I’ve been supporting her ever since.”

Wilson-Raybould may need to call on the support of Phillip and many others as she assumes her role as Canada’s justice minister. It’s a huge file for a rookie MP and a fitting post for someone who has seen the effect of the court system on people with the most limited means. Fifteen years ago, Wilson-Raybould became a Crown prosecutor in Vancouver and spent four years working out of the Main Street courthouse in Vancouver, smack in the middle of the city’s notorious Downtown Eastside.

“She’s seen first-hand as a prosecutor our justice system at work,” says B.C. New Democrat MLA David Eby, who knows Wilson-Raybould from his work with First Nations communities in the city’s core. “Too often the lawyers who become attorneys general, they’re not down in the trenches of the criminal justice system, they’re coming from civil litigation background in bigger firms working in business law.”

One of Wilson-Raybould’s first tasks would challenge even a seasoned minister: the Supreme Court decision on doctor-assisted suicide. The court gave Parliament until February to craft a Charter-complaint law, but the Conservatives delayed and then created a panel to study the issue. It hasn’t left much time to write new legislation.

She will also face questions about whether the Liberals will roll back some of the changes the Conservatives made to Canada’s prostitution laws, which came as a response to a Supreme Court ruling that declared the old laws unconstitutional because they put sex workers at risk. Many experts argue the new law doesn’t make that work any safer.

Perhaps the biggest file will be Liberal Prime Minister Justin Trudeau’s promise to open an inquiry into missing and murdered Indigenous women, something advocates have long called for. After serving three terms as British Columbia regional chief, some of which was set against the backdrop of Idle No More and frustrating talks with the then-Conservative government, she’s likely to feel pressure from all sides.

Related: ‘It could have been me’

The expectations are high. Fifteen years ago, Wilson-Raybould joined the British Columbia bar (she finished law school at UBC the year before). Now she’s the government’s top lawyer. But it’s something colleagues say she’ll be able to handle. Wilson-Raybould is an “incredibly thoughtful and deliberate woman in anything she chooses to do,” said Amy Robertson, who worked with the new justice minister at the Minerva Foundation, a B.C. organization that aims to get more women into leadership roles.

Robertson worked on Wilson-Raybould’s campaign. “She’s never satisfied to do something because it looks like the right thing or it’s going to bring about positive media. She really will only engage if there’s a substantive difference that could be made,” Robertson said. “I know for a fact she brought tough questions to ask to ensure we were making a substantive difference.”

Today, peppered with questions about her portfolio, Wilson-Raybould said only that she looks forward to meeting with officials in her department, and that she’s proud to be both an Aboriginal woman and a Canadian.

Wilson-Raybould is the third woman, after Kim Campbell and Anne McLellan, to be Canada’s attorney general.

Eby says the appointment is revealing of the Trudeau’s government. “It is a signal to the entire First Nations community that their concerns are being taken seriously by this government, especially in relation to the justice system and the failures of the justice system. I can’t think of anybody better placed than Ms. Wilson-Raybould.”