Justin Trudeau should read the Charter of Rights

Stephen Maher: The Liberals are choosing to play politics with summer camp funding, and taking a stupid legal risk in the process 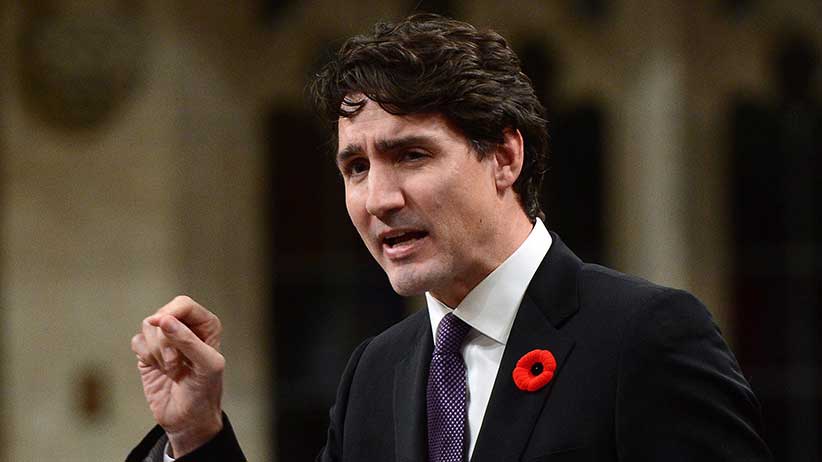 Every summer, at the Southern Alberta Bible Camp on the shores of the Travers Reservoir, kids canoe, sail, do arts and crafts, and connect with their personal saviour. The camp’s mission statement: “to see lives transformed by God through the gospel of Jesus Christ.”

Every year, like many camps across Canada, it gets money through the Canada Summer Jobs Program, an excellent federal program that pays for young people to get job experience while delivering community services.

This year, though, the Southern Alberta Bible Camp isn’t sure it will get a grant from Ottawa because the application process requires an attestation that “the job and the organization’s core mandate” respect “reproductive rights,” meaning “the right to access safe and legal abortions.”

The government of Justin Trudeau has created unnecessary stress and uncertainty for the Southern Alberta Bible Camp because the Liberal Party gains a political advantage whenever abortion rights are discussed, whether they are under threat or not.

I believe, as Gloria Steinem said, “If men could get pregnant, abortion would be a sacrament.” Abortion has been legal in Canada since 1988, when the Supreme Court of Canada ruled that Canada’s abortion law violated Section 7 of the Charter of Rights and Freedoms, which guarantees “life, liberty and security of the person.”

Chief Justice Brian Dickson wrote: “Forcing a woman, by threat of criminal sanction to carry a foetus to term unless she meets certain criteria unrelated to her own priorities and aspirations, is a profound interference with a woman’s body and thus a violation of her security of the person.”

I agree with that, and I regularly give thanks for the Charter, which has an almost entirely positive influence on Canadian law and politics.

The Liberals will, whenever you let them, take credit for the Charter, and attack their opponents, sometimes correctly, for wanting to undermine it.

It is surprising, then, that they are ready to risk violating Section 2 of the Charter, which guarantees “freedom of conscience and religion” and “freedom of thought, belief, opinion and expression.”

I would not like to visit the Southern Alberta Bible Camp, but I am certain that the Canadians who send their kids there are good citizens, and they have a Charter right to their beliefs.

I think we should salute them for standing up for those beliefs, whether we share them or not, and give the Liberals a nasty tongue-lashing for setting up an unnecessary, divisive conflict.

I think the Liberals have chosen to provoke evangelical groups by presenting them with a document they will find hard to sign, likely because they benefit from this kind of public debate, which helps remind Canadian women that the party running the government wants to protect abortion rights.

After evangelicals raised concerns, Trudeau dismissed the issue as a “kerfuffle” and Employment Minister Patty Hajdu said that the problem is that evangelicals failed to understand the attestation.

The government could easily change the document to respond to the concerns of religious groups, narrowing the language to make certain that the summer students don’t spend their time handing out anti-abortion pamphlets, but they are instead choosing to play politics with summer camp funding.

They are taking a stupid risk, though, because if they don’t give way, they can be sued for violating the Charter right to freedom of religion. Canadian courts have often pushed back at attempts to infringe on that right, in cases involving niqabs and kirpans, for instance. Jason Kenney looked stupid, for example, when the courts blocked his ban on niqabs at citizenship ceremonies.

And Hajdu said she wants to make sure young people “are placed with organizations that do respect those rights,” which is problematic.

It would be fine if the money was coming from the Liberal Party of Canada, but it is not. It comes from all taxpayers, including those who send their kids to the Southern Alberta Bible Camp.

I am reminded of the excesses of the last government, which was so keen to use resource development as a wedge issue that it sicced the Canada Revenue Agency on birdwatchers who were worried about climate change.

It also reminds me of the Jean Chretien government’s holier-than-thou communications strategy when it rolled out the gun registry, which was a huge political failure.

This is a big, diverse country. It is hard to balance the competing interests and values of Southern Alberta evangelicals with those of, say, Montreal feminists. The Charter provides a pretty good road map, though, because it turns political questions into legal ones.

Trudeau should take a few minutes sometime soon and read it.