Parliamentarians of the Year 2018

Nathan Cullen: The 2018 Parliamentarian of the Year 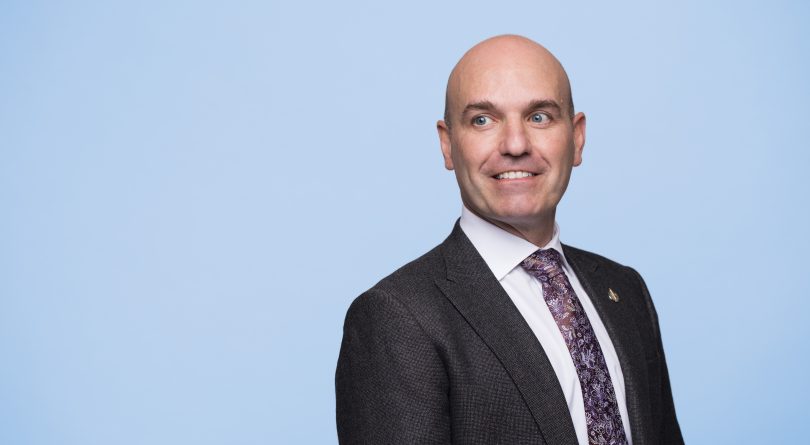 Once in a while, in the home stretch of a speech in the House of Commons, Nathan Cullen will start to feel the themes from the beginning of his remarks effortlessly circle back to him. It feels less like he’s making that happen than simply witnessing it. “You’re sort of becoming an observer, watching the speech, kind of curious as much as anyone: where is this gonna end up, this story?” he says. “There’s a rhythm that hits, and then it’s so easy, and I’m interested and I’m just telling stories.”

The New Democrat MP has twice been voted best orator and once most knowledgeable by his colleagues from across party lines; this year, they promoted him to Parliamentarian of the Year.

His riding, Skeena-Bulkley Valley in northwestern British Columbia, is the largest in the province in geographical size and the smallest by population, and Cullen’s commute from Ottawa is one of the most onerous in the House of Commons. “Maybe jet lag is beneficial for something,” Cullen laughs. He can only recall the late NDP leader Jack Layton getting angry at him once, when he complained about the toll of the travel. “He said, ‘No, no, no. Don’t ever complain about it. It is what it is, and you put your hand up when they asked for volunteers,’ ” Cullen says.

Back when he was first elected in 2004, he walked into the House of Commons on his first day and noticed a “clear body-type breakdown” among MPs: there were the people who made time to take good care of themselves, and then there were the ones who obviously hadn’t seen a salad or the inside of a gym in years. “I thought, okay, there are choices,” Cullen says.

Now, the best hour of his week is when he gets his twin eight-year-old sons up and off to school, riding his bike alongside them while they scooter. “I love the conversations we have going there,” he says. “It’s almost like they’re cleaning house with every thought that’s in their heads.” After he drops them off, he heads to the YMCA to shoot hoops—though he admits he’s a “terrible” basketball player. “I think too many of us start the day by flicking our phones on and reading news and opening Twitter,” he says.

To Cullen, there are as many different ways to be an MP as there are people who fill the job. “I think of it like a soundboard, where you can move the treble or the bass back and forth,” he says. People tweak their settings in categories like partisanship, appearing in the media, constituency work and legislative prowess, he says.

Before politics, Cullen inhabited the world of small business and non-profits, and he still sees his job through that lens. “I just thought of this whole gig as, what if you had a non-profit that had stable funding, a really good platform from which to speak and engagement with government at this level?” he says. “I thought, any non-profit would take that deal, that’s a great set-up.” Cullen has battled for electoral reform, championed B.C. salmon fisheries and invited constituents to submit ideas for a private member’s bill.

His fourth win—and biggest yet—in an honour bestowed by his colleagues suggests Cullen has taken that set-up and run with it, jet lag and all.