Voted the Most Collegial MP for the 2017 Parliamentarians of the Year, Cuzner is admired for his ability to strip away partisanship 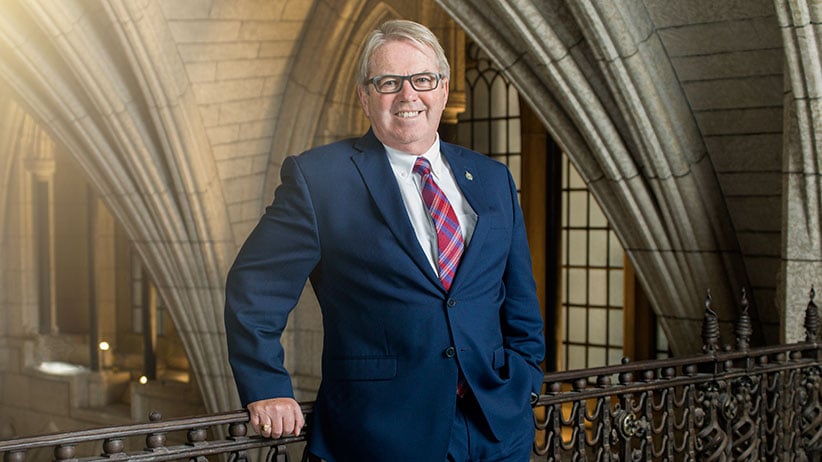 Rodger Cuzner came up in the kind of home where, if he had a morning scuffle with a sibling—and he often did—the slice of ham from his sandwich might be missing come lunchtime, leaving him with a meal of mustard and sliced bread. It’s the kind of good-natured taunting the Liberal MP for Cape Breton-Canso honed as a professional hockey coach and which he’s carried with him into Parliament.

“Oh man, does he have a great sense of humour,” says special assistant for parliamentary affairs Dalton Wakely, laughing at the thought of the rapid-fire one-liners Cuzner dishes out in the office. That humour is evident in his guilty pleasure of heckling the opposition during question period—something he manages to pull off in a style that’s more comedic than offensive—and can be witnessed at its finest in the Christmas rhyming lampoon he delivers in the House of Commons each year.

Cuzner is admired by colleagues for his ability to strip away partisanship in decision-making. He recently undertook a major review of Service Canada that aimed to reduce service wait times. Cuzner consulted NDP and Conservative members for their input before and after the review process. “He didn’t have to do that,” says Wakely. “It’s just a courtesy.”

“There are some folks who can’t drop the partisanship,” says Cuzner. “I don’t know how they measure success, but I measure success by how you can improve the lot of Canadians. When we all get together and try to do the right thing, then that’s possible.”

FILED UNDER: Editor's Picks Parliamentarians of the Year 2017 Rodger Cuzner