Where's Joe Oliver? Why in Turkey, of course.

It took a little more than two days, but we finally tracked down Joe Oliver, the finance minister of a country in recession—halfway across the world 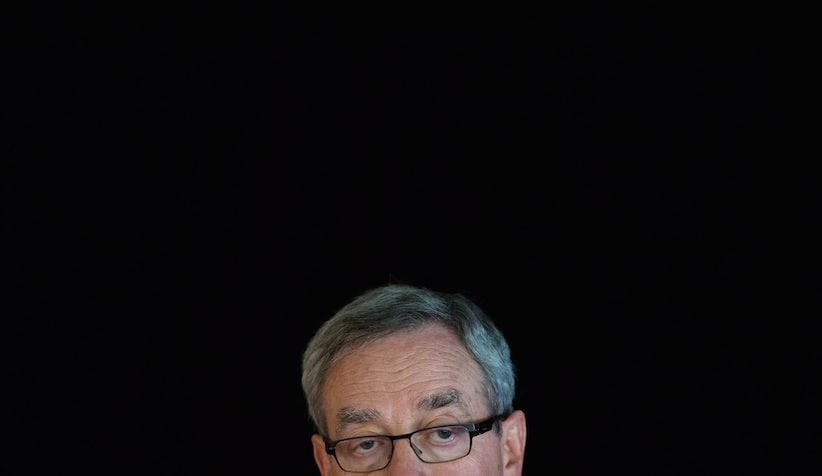 The game of “Where’s Joe Oliver?” is not an enjoyable pastime—least of all in the blistering heat. It’s been 24 hours since Maclean’s commenced its search for Canada’s elusive Finance minister, calling, emailing and now venturing into the midtown Toronto riding of Eglinton–Lawrence, where Oliver is running for re-election.

The sun’s beating down. Time is ticking. The country is officially in recession, an election campaign is in full flight and critics have been carving up the governing Conservatives’ economic record. Common sense demands a response from the man supposedly in charge of the nation’s fiscal policy. But where is he?

We’ve yet to get a sighting, much less an interview, and at times one gets the telltale feeling of being blocked from one’s task. At the repurposed storefront on Yonge Street where Oliver’s campaign is headquartered, requests for the candidate are greeted with rictus smiles and the phone number of his communications chief, Patricia Best. “He’s out canvassing,” a young aide says cheerfully, handing me a Post-It note.

When I ask where, I’m invited to call the number on the note, which I’ve already done to no avail. The previous day, over the phone, Best had directed my attention to Prime Minister Harper’s comments on the economy, adding, “Right now we’re just letting what the PM said stand.” When I ask why Oliver, of all ministers, shouldn’t speak for himself, Best assures me he’s “not hiding,” that he’s out door-knocking because “that’s what candidates running for re-election do.” I persist, asking where and offering to meet up with him with my tape recorder and notepad at the ready. But Best, a former journalist and magazine editor, merely chuckles. “We call that ‘Fifing,’ don’t we?” she says.

That last barb is a reference to Robert Fife, CTV’s Ottawa bureau chief, who’s made an art of intercepting hapless PMO operatives testifying at the Mike Duffy trial with questions like: “Are you being scripted, like you scripted them?” Still, I hadn’t been cut off—Best emailed another refusal to comment later that day. So I try her once more after visiting the campaign office, leaving a voicemail that as of press time she hadn’t returned. 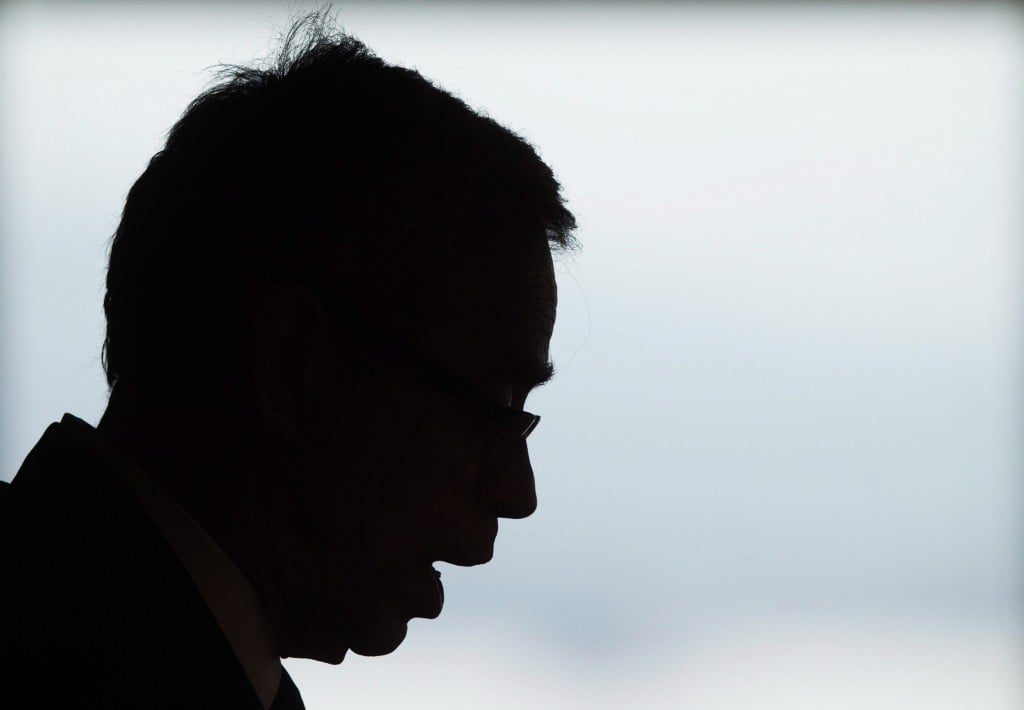 A fruitless venture, in all, and only later would we learn the true depth of its pointlessness. As we searched, it turns out, Oliver was taking an unannounced trip to Turkey, where he made a surprise appearance at a G20 summit he’d initially planned not to attend. When spotted Thursday in Ankara, he told a Bloomberg reporter he’d taken the unexpected break from his campaign to safeguard Canada’s interests in a time of market turmoil. “This is obviously a period of international instability and turbulence,” he said during what the report described as a brief interview. “I felt it was important for Canada to be represented and to protect our interests and for me to have bilateral discussions.”

So there you go. Oliver’s talking about the economy, just not to Canadians—an arrangement that in the alternate dimension of Conservative communication strategy must make sense. Yet even by the Harper regime’s obsessively controlling standards, sidelining a 75-year-old front-bencher in the middle of a race seems an extreme, and possibly counterproductive, measure. More than centralizing control of the message, it’s left the impression that Oliver’s being undermined at a critical moment—for himself, if not for the party. He is, after all, locked in a close riding battle, fighting two strong candidates in a district he won in 2011 by 8.4 percentage points. More than ever, he needs to be at home, playing up his influence as a senior cabinet member.

It’s not like he’s been a glaring liability. A reliable if uncharismatic figure, Oliver’s greatest campaign sin to date has been agreeing to speak at the all-male Cambridge Club in downtown Toronto—proof, the Liberals charged, that the Tories curry favour with the élite. The attack was overdone: the Cambridge Club has played host to politicians of all stripes, including the NDP’s Olivia Chow. But it seemed to spook the Conservatives. Days later, with the recession numbers looming, the party sent out Defence Minister Jason Kenney to speak on the economy, while calls to Oliver for comment were rebuffed.

Related: Joe Oliver and the uncool tyranny of the Old Boy Elite

Again, maybe there was a tactical explanation, but so far the only discernible outcome of this humbling substitution has been ridicule. “Joe, where are you? We’re starting to worry about you,” jeered Oliver’s NDP opponent Andrew Thomson, a former Saskatchewan finance minister. Thomson’s NDP colleague Peggy Nash called Oliver “Joe Where?”—a riff on the Joe Who? moniker worn by former prime minister Joe Clark in his early days as Progressive Conservative leader. On Wednesday, a “Where’s Waldo”-style meme appeared on Twitter, allowing users to sweep the cartoon with their cursor to identify a tiny Joe Oliver seated at a table in the crowd.

You could write off the whole tempest as meaningless campaign noise if it weren’t so clearly inflicting damage. For starters, it has transformed Oliver from a potential asset in the campaign to an opposition punching bag. Moreover, it has raised doubts about the Conservatives’ self-proclaimed strength in managing the economy. “One of the Finance minister’s roles is to be an excellent communicator of the government’s policies, narrative and strategy,” says Scott Clark, a former deputy Finance minister who writes frequently on economic and fiscal issues. “You begin to wonder. Maybe he doesn’t have the confidence of the Prime Minister or the cabinet.”

If chats with constituents in Eglinton–Lawrence are anything to go by, policy commentators aren’t the only ones thinking along those lines. To Dragana Martinovic, a 57-year-old living in the heart of his riding, the marginalizing of Oliver typifies an authoritarianism and lack of transparency that has cost the Harper government her vote. “It’s nothing to do with him personally,” says Martinovic, who runs an architectural firm with her husband. “I know how it works in the big corporations and government when the big boss says no. But where’s the integrity? Where do you stand? C’mon, you’re the Finance minister.” Voula Davos, 76, told Maclean’s she will vote for Oliver, but worries he’ll lose because his image in the riding is suffering. “He should speak,” says Davos, who has lived in the area since 1963 and until the last couple of elections always voted Liberal. “If he wants people here to vote for him, he should come out and explain himself.”

Evidently, these are knocks the Conservatives are willing to endure in pursuit of a larger goal. In Harper’s experience, centralized communications has worked, keeping him in office for nearly a decade, says Jonathan Rose, a Queen’s University political scientist. “When you don’t have 100 per cent confidence in your Finance minister to speak authoritatively and on message,” Rose adds, “it makes sense to allow your go-to person speak on behalf of the party.”

As for the minister’s own electoral fortunes, Rose floats the counterintuitive theory that he might be better off staying away from the cameras. Far from reminding voters of Oliver’s importance, he says, going on national TV “to defend the fact we’re in a technical recession” might reduce his stature in their eyes, while reviving memories of the Cambridge Club issue.

That doesn’t preclude Oliver surfacing later in the campaign, of course. With six weeks left, there’s plenty of time. But for now, the Conservatives are holding course, and if the party brain trust hopes the pressure will ease with the onset of autumn, they may be in for a surprise. Their opponents smell trouble, and are feeding the story at every opportunity. Unless the Tories change tack, the game of “Where’s Joe” will, for them, only get better.