Image of the Week: Fresh off their dramatic World Series win, the Washington Nationals paid the president a visit at the White House. It wasn't Trump's most self-aware moment. 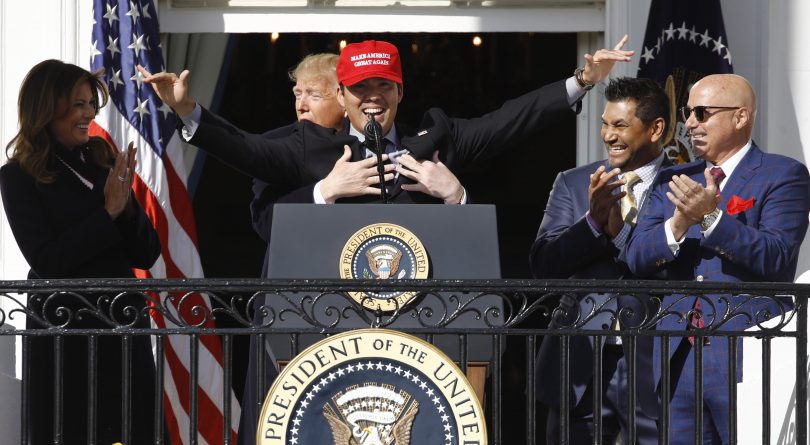 If ever there were a symbol of Donald Trump’s sinking ship, this may well be it—the moment he embraced baseball player Kurt Suzuki like Leo DiCaprio helping Kate Winslet soar in Titanic. The pro baseball player visited the White House with his team, the Washington Nationals, on Nov. 4, after they clinched the World Series title in Game 7 against the Houston Astros. While a few Nats skipped the government visit on principle, others embraced it, including Suzuki and teammate Ryan Zimmerman, who thanked the president “for keeping everyone here safe in our country and continuing to make America the greatest country to live in in the world.” Some have criticized Suzuki for his partisanship, but he defended his actions, telling a reporter he was “just trying to have some fun.” Fair enough. But the president, whose approval ratings are in a rut, needs all the positive PR he can get. Posing with champions is a good start—but posing like a jubilant man unaware that his boat is about to sink may be a touch unwise.