Do we really expect Canadian households to bail out the economy again?

Jason Kirby: Why the Bank of Canada's rate cut could lead to the return of out of control house prices and dangerously over-extended households 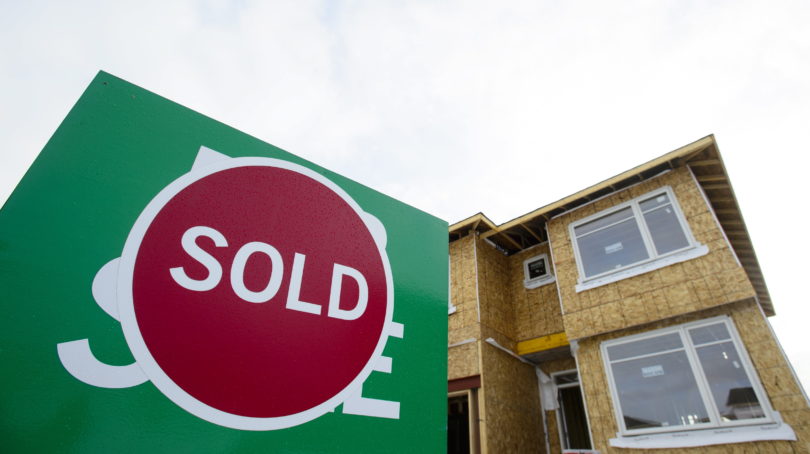 Not all superheroes wear capes. In Canada they carry loan applications and have wallets stuffed with credit cards.

When the Great Recession hit more than a decade ago, shoppers and homebuyers eagerly heeded the Bank of Canada’s emergency interest rate signal and carried the economy through the crisis relatively unscathed. Then came the sequel in 2015 — as tumbling oil prices threatened economic chaos, the bank again summoned Canada’s bruised and battered households to unleash their power of debt accumulation to vanquish yet another downturn.

This past week Bank of Canada Governor Stephen Poloz released his script for saving the economy from coronavirus, and like a tired trilogy that keeps rehashing the same exhausted plot line, households are expected to play the role of economy-savers for the third time in 12 years.

But if we’ve learned anything from the first two instalments of this gruelling spectacle, it’s that they always seem to end with a glaringly obvious twist — out of control house prices and dangerously over-extended households.

On March 4 the bank cut its overnight target rate by half a percent to 1.25 per cent. That was the first cut since 2015, and by making such a large move — rate cuts are typically done 0.25 per cent at a time  — it was meant to get our hero’s attention.

The latest call to spend comes as households were showing signs of making the painful adjustment from their previous debt binges. Insolvencies, specifically consumer proposals, have been increasing at the fastest pace since the Great Recession.

At the same time the annual growth in consumer credit has slowed from 5.6 per cent in 2017 to just 2.4 per cent in January. That reduced borrowing had sapped consumer appetites for everything from home furnishings and clothing to new vehicles and electronics.

All of these changes were to be expected after the Bank of Canada began tightening interest rates through 2017 and 2018. Canada’s decade-long debt party seemed to be over, and households were undertaking a debt detox that could have left Canada in a stronger overall financial position to withstand the next downturn when it comes. That’s the process that unfolded south of the border after the U.S. housing bubble burst in the mid-2000s, and today households in America are on a far more sound footing than here in Canada, where household debt as a percentage of GDP hit an all-time high in the third quarter of 102 per cent, having already blown past the peak experienced in the U.S. in 2008.

Instead, with Canada’s economy already more dependent on indebted households than at any time since at least the 1960s, and with the economy facing headwinds from the recent rail blockades and uncertainty over the spread of coronavirus, the hope is that cheap money will keep consumers spending and that households can bail out the economy yet again.

That’s not exactly how Poloz has framed the bank’s rate cut, of course. In his speech the day after the rate announcement Poloz said the goal of the cut was to preserve confidence on the part of consumers and businesses in the wake of steep stock market declines, even if a decade of low rates has done little to spur businesses to invest. But he did warn that the plunge in oil prices to their lowest level since 2016 could spread throughout the rest of the economy as those directly affected “spend less money on everything.”

“The downside risks to the economy today are more than sufficient to outweigh our continuing concern about financial vulnerabilities,” he said, using central banker speak for the state of Canada’s overextended households and the risk they pose to the financial system. He also brushed away concerns that Canadians in some real estate markets will do what they have done every other time rates have been cut — drive expectations of home prices higher and stretch their finances dangerously thin to avoid missing out on the gains. “Declining consumer confidence would naturally lead to reduced activity in the housing market,” he said in his speech. “In this context, lower interest rates will actually help to stabilize the housing market, rather than contribute to froth.”

In other words, Poloz is betting house prices are about to fall, and the action he’s taking now is meant to prevent those declines. From the perspective of encouraging more affordability for first-time buyers, that’s an odd strategy, but these are odd times.

The question is, will house prices tank if coronavirus fear spreads throughout the economy? Or will the cuts trigger a fresh round of real estate exuberance in hot markets like Toronto and its environs?

As of last month Greater Toronto’s housing market was already back to double-digit annual price gains reminiscent of 2016 and 2017. In February the benchmark price for homes in the Greater Toronto Area climbed 10.7 per cent to $846,100. Meanwhile Vancouver’s housing market, hit harder in the 2018 downturn, is on the mend — in February the benchmark price posted its first annual gain in 15 months to $1.02 million.

The Bank of Canada rate cut, which prompted several Canadian banks to slash their prime lending rate by 50 basis points to 3.45 per cent, is a boon to those with floating rate mortgages — according to RateSpy interest costs for those borrowers will fall by $500 a year for every $100,000 of mortgage. Meanwhile bond yields, which influence fixed mortgage rates, were in free fall over coronavirus fears even before central banks slashed rates. Based on RateSpy data, a five-year fixed rate mortgage can be had for 2.17 per cent, nearly a full percentage point below the lowest rate a year ago. Those refinancing at new, super-low rates or borrowing against the equity in their homes will be able to kick the debt can further down the road.

This doesn’t even take into account changes the federal government recently made that relax the stress test on insured mortgages. Those changes, which come into effect April 6, will replace the current benchmark rate, or floor, which borrowers must qualify for in order to get an insured mortgage, with one slightly lower. This will modestly increasing a borrower’s purchasing power further.

The ingredients are all their to rekindle the so-called “animal spirits” of the housing market that sent prices soaring after the last round of rate cuts in 2015. Worth noting also is the likelihood of more cuts to come should coronavirus hit the economy harder. Poloz has said as much.

On the other hand, in an extreme scenario that sees widespread layoffs, prices are likely to take a hit. But recall also that during the Great Recession, Canada shed 300,000 from October 2008 to August 2009. Yet after a relatively mild eight per cent decline national house prices were back to their pre-recession peak within a little over a year. In Toronto the downturn was even shorter and shallower. Yes, it’s true that with interest rates already so low, there’s less room for dramatic rate cuts like we saw in 2008 and 2009. But today Canadian households are carrying more than $2.9 trillion in consumer and mortgage debt, nearly double their debt load before the Great Recession hit, which makes every cut that much more powerful.

It’s entirely possible that we come out of the next few months with both a battered economy as well as higher house prices and even more indebted households. A superheroes work, it seems, is never done.