Public companies in Canada are going the way of the Dodo

The grinding decline of the public company in Canada is the quietest crisis facing the economy today. 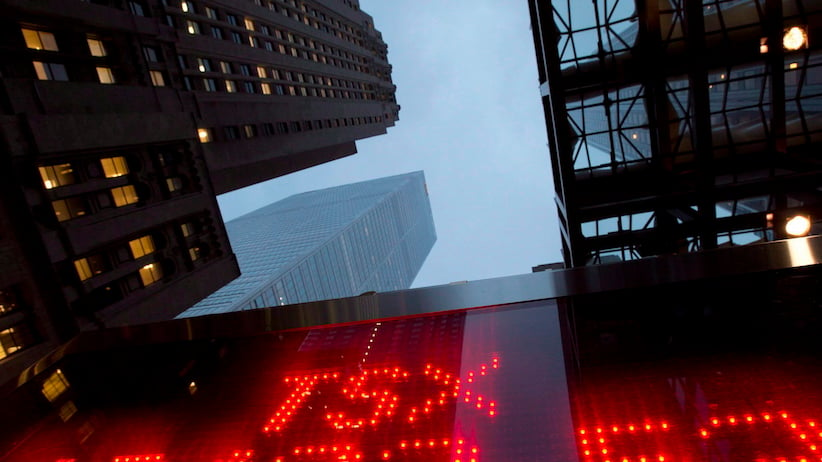 It’s a safe bet most Canadians have never heard of MCAP Corp., but the suits on Bay Street were watching it closely last month as the mortgage lender readied itself to go public on the Toronto Stock Exchange. The plan was for the Toronto-based firm to raise $275 million in an initial public offering, which would have made it the biggest IPO this country has seen since part of Ontario’s Hydro One electric utility was spun off last November. Actually, it would have been the first new Canadian company to list its shares on the TSX this year.

Well, that was the idea at least. With Britain’s decision to exit the European Union roiling markets, MCAP pulled the plug on its plans to go public and breath life into Canada’s IPO market.

Now consider this: so far this year Canada’s main stock exchange has attracted close to 50 IPOs. How can that be?

Simple, the majority of listings hitting the TSX these days are not companies in the way most people think of them, which is as businesses that innovate ideas, produce goods or services and employ workers. Instead, as the number of actual operating companies declines, whether by going private, being acquired or through outright failure, the TSX is steadily being overrun by products cooked up by Bay Street financial engineers—things like exchange-traded funds (ETFs), closed-end funds and special-purpose acquisition companies (SPACs). Or as you might think of them,frankenstocks.

The popularity of ETFs is hardly new. Like mutual funds, ETFs are baskets of other investments—they can hold stocks, bonds or commodities—but which themselves trade on exchanges. Because they have considerably lower management fees than mutual funds, they’ve proven wildly popular with investors.

But dive into the statistics from the TMX Market Intelligence Group, the data arm of the company that operates the TSX, and the imbalance between real companies and frankenstocks becomes striking. While problems like over-indebted households, stagnating job growth and the ongoing oil rout grab most of the headlines, the grinding decline of the public company in Canada is the quietest crisis facing the economy today.

First, some numbers and charts to illustrate what’s going on. The year 2015 was seen as a relatively strong one for the IPO market, yet it was underwhelming. Of the 100-plus IPOs in 2015 only 13 were operating businesses, like Hydro One, Shopify, SpinMaster, Cara Operations and Sleep Country Canada. (Actually, those last two companies already had one kick at the stock market before they were taken private, and then re-listed again, so they hardly count as new.) As for the rest, roughly 60 were ETFs, with the balance made up of closed-end funds—another alternative to traditional mutual funds—and a handful of SPACs, or publicly traded shell companies.

Frankenstocks have accounted for a large share of IPOs for several years now (here’s a chart showing their share of all offerings since 2008.) But IPOs aren’t the only way companies join the exchange. As junior companies on the TSX Venture Exchange grow larger they typically graduate to the main exchange. Listed companies might split into two or more separately traded stocks. In other cases, foreign companies also cross-list their shares on the TSX. But that’s all happening less and less, it seems, meaning we’re almost at the point where Canadian investors have nothing new to choose from in the domestic market other than frankenstocks.

At the same time, the number of operating companies listed on the exchange is shrinking. For instance, amid the ongoing commodity collapse, 116 mining companies and 25 oil and gas companies have delisted from the TSX since 2013. As an example, in March, Canadian Oil Sands was removed from the TSX after being acquired by Suncor. It’s not just resource companies, though. Rona, the hardware chain, was acquired by Lowe’s while BCE Inc.’s takeover of Manitoba Telecom is proceeding. There are 30 fewer non-resource companies on the TSX than there were at this time three years ago, a 5.3 per cent drop.

This erosion of real publicly traded companies has meant frankenstocks have come to account for nearly 40 per cent of all listings on the TSX, up from 21.5 per cent in 2008. (This chart reflects listings as of December each year. If the first quarter of 2016 were factored in, frankenstocks’ share of TSX listings would climb above 42 per cent)

The chart below offers another way to look at this trend, by providing a longer-term perspective. It graphs the age of all listings on the TSX (as of December 2015) in five-year increments, going back to 1905. Publicly traded companies appear in blue, while frankenstocks are orange. As the chart shows, were it not for the explosion in engineered investment products over the last decade, particularly during the last five years, Canada’s main stock exchange would be considerably smaller.

(In case you’re wondering, Canada’s oldest surviving stock is BCE Inc., which went public in 1905. The second-oldest, surprisingly, is a penny stock gold miner based in Timmins, Ont., called Moneta Porcupine Mines, dating back to 1911.)

The terrible market for real-company IPOs so far in 2016 suggests the situation is only getting worse. That worries financial academics like Ari Pandes, who has studied the demise of Canada’s IPO market, and what the country has lost in the process. “The impact, from an economic standpoint, is very consequential—having a healthy vibrant IPO market leads to innovation, it leads to employment, there are all kinds of spinoffs from it,” says Pandes, an assistant professor at the University of Calgary’s Haskayne School of Business. “You need company formation and companies going public, and not just these ETFs, because they don’t generate innovation, employment or tax revenues.”

The disappearing public company should also be a real concern for the retail investing public, meaning regular individuals saving for their retirements, because it erodes the opportunities and choices available to them. It’s one reason pension funds have been directing more of their investment dollars outside of Canadian equities—for instance, a decade ago Canadian stocks accounted for close to 30 per cent of Canada Pension Plan assets, but now make up just 5.4 per cent of the fund. Yet Canadian investors continue to focus most of their attention on domestic stocks. A recent study by Vanguard, an investment management company, found Canadians are particularly over-exposed to our shrinking stock market—Canada’s equity market makes up just 3.4 per cent of global equities, it noted, yet investors here hold close to 60 per cent of their portfolios in Canadian stocks.

It should be said that the problem isn’t necessarily that ETFs are booming, it’s that real companies aren’t. Proponents of ETFs insist they help the market by providing liquidity and access to a wider range of investment options. On the other hand, some worry how ETFs will fare if put to the test in another financial crisis, given how much more prevalent they are today. As for the TMX Group, which operates the TSX, it’s aiming to attract more ETFs to list on the exchange, to give more choices to investors and, of course, to generate listing and other fees for TMX Group. “We’ve seen an increase, relatively speaking, in the ETF world, and we’re working hard for that to continue,” says Ungad Chadda, senior vice-president of the Toronto Stock Exchange. “We see them as 100 per cent positive for supporting the underlying liquidity and innovation of companies on our market. They’re really another way to invest in single stocks.”

Chadda stresses that while the number of ETFs on the TSX is soaring, their market value remains relatively small. Indeed, as of June ETFs were roughly $125 billion out of a total TSX market capitalization of $2.5 trillion, though with so many ETFs rushing to market, the total value of frankenstocks over the last five years has risen twice as fast as the rest of the market. Even so, he dismisses any suggestion that the rise of ETFs is related to the decline in new public companies. “IPOs have been slow for the past year or so,” he says, “but we do not see any causation between the two.”

The vanishing corporate IPO is not just a recent trend, however. Nor is it a phenomenon unique to Canada. Since the early 2000s the number and value of operating company IPOs in the U.S. has also been in retreat. There have been a lot of theories offered for why America’s system for minting new companies is failing—some claim regulations imposed in the wake of the Enron and Worldcom scandals have deterred companies from going public, or that the explosion in class-action lawsuits is scaring away entrepreneurs.

Yet in a 2013 paper Pandes and his colleagues conducted the first apples-to-apples comparison of IPOs in Canada and the U.S. and found markets in both countries had declined at a comparable pace even though the common explanations for the weak U.S. market didn’t apply to Canada—for instance, Canada did not impose anything close to the regulatory burden that came with the Sarbanes-Oxley reforms in the U.S., and Canadian companies don’t have to endure America’s hyper-litigious climate. “The Canadian IPO market has been declining quietly for the past decade,” the study read. It found that between 1993 and 2000 the average number of corporate IPOs on the TSX was 42.6 per cent, only to fall by more than half to 18.2 a year between 2001 and 2011, despite the commodity boom and markets awash in cheap debt and liquidity.

The question then is: why is this happening? For his part, Pandes believes companies are “fatigued” with public markets. “There’s a lot of stress and pressure with running a public company,” he says. “So you’re seeing a lot of CEOs, management teams and insiders having to deal with being public rather than running the company itself.” By that he means contending with the 24-hour business news cycle, armies of analysts and activist short-term shareholders. “All of these people are on you if you don’t produce a result within a quarter, whereas before you might have had people who were more long-term oriented,” he says. “This short-term chase really makes it more onerous on management teams.”

Not surprisingly, Chadda at the TSX disagrees with the suggestion that companies find public markets inhospitable. Instead he argues that the decline in corporate IPOs can be traced to two things. The collapse in commodity prices is one. The second is that the private equity and venture capital worlds have been so flush with cash in the wake of the financial crisis, they’ve been able to fund private companies at excessively high valuations, which have risen with each new funding round. That, he believes, is changing as private investors grow more cautious. “Our view is still the public market multiple is the best value-creation machine that mankind has ever seen,” he says.

The reality is, there’s no easy fix. In 2012 the Obama administration introduced the Jumpstart Our Business Startups Act (JOBS), a measure that aimed to encourage more companies to go public. For instance, it reduced the disclosure and reporting requirements for emerging growth companies seeking IPOs. Yet there is little evidence that show more IPOs have occurred since the JOBS Act than would have gone ahead anyway. The TSX has launched its own effort to revitalize the TSX Venture exchange, which will reduce the cost and burden of going public for smaller companies. Maybe it will fare better.

In the meantime, Canadian investors will have to keep waiting for that first real company IPO of 2016. It’s bound to happen, eventually.