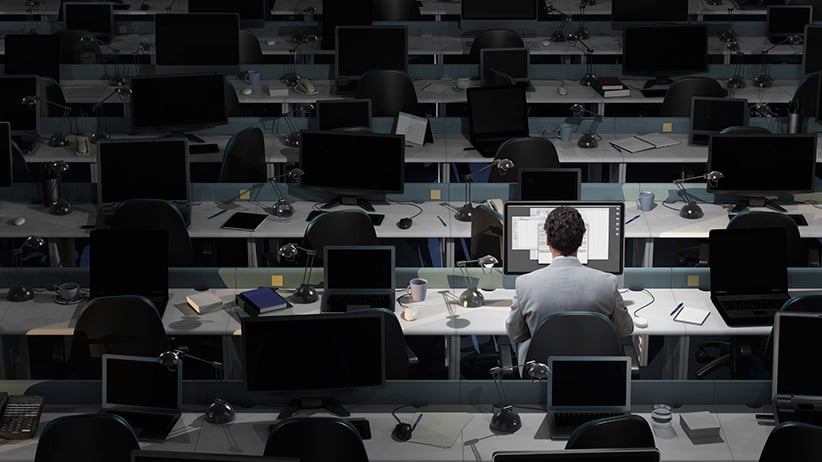 One might wonder after looking at the latest stats on worker absenteeism in Canada. In 2016, civil servants missed a record number of workdays, according to annual job market statistics released last Friday by Statistics Canada. All told, the average public sector worker missed 13.5 days of work last year, the most ever. That compares with 8.3 days for workers in the private sector.

As a result, the inactivity rate of government employees—a measure of the number of hours lost as a share of the usual full-time work week—hit a record high last year.

The above figures reflect both sick days (for illness or disability) as well as days missed for personal or family reasons, though the former accounts for the vast majority of missed days.

The gap between public and private sector absenteeism has been widening for years. Last year that disparity hit an all-time high, as government workers took 5.2 more sick days than those in the private sector.

Under Stephen Harper’s government, reform of sick-leave benefits in the federal public service sparked a backlash among government employees and became an issue during the last federal election.

In 2015 the Conservatives passed legislation allowing the government to override existing union contracts, limit the number of sick days and scrap sick-leave banks, replacing them with new short-term disability programs. The Harper government claimed doing so would save Ottawa $1.3 billion, and the government booked those savings in its final budget.

The Trudeau government, on the other hand, campaigned on a promise to repeal that legislation, and when Finance Minister Bill Morneau released the government’s first budget in March 2016, he reversed the $1.3 billion in savings. Treasury Board President Scott Brison scrapped the measures in March, ahead of negotiations with public sector unions, saying only that he wanted to “modernize” sick leave rules.

Then in a series of announcements in December, just before the Christmas holidays, Ottawa signed agreements with three unions representing federal workers (the Professional Institute of the Public Service of Canada, the Canadian Association of Professional Employees and the largest, the Public Service Alliance of Canada) leaving the existing sick-leave programs untouched.

At least for now. The unions agreed to create an “employee wellness” task force that, at some indeterminate point down the road, will re-examine sick leave practices within the federal civil service. Whether that task force will look at replacing the existing sick-leave regime with a short-term disability program, similar to what the Conservatives envisioned, is unclear.

So just why do public sector workers take so many more sick days than their private sector counterparts?

According to a 2013 StatsCan study, as much as 80 per cent of the sick-leave gap is the result of the make-up of government workforces. It noted that workers in the public sector are generally older, there are more females than males, and most are unionized, and that all three of those groups tend to take more time off. After those factors are accounted for, StatsCan said, the sick day gap between the public and private sector in 2012 fell from 4.1 to 0.8 days.

In other words, expect the disparity between public and private sector sick leave to keep growing wider.