The economy is in a Corona-coma, and not even Statistics Canada can tell us when we’ll recover

Miles Corak: No one has the numbers we most need that would tell us how much damage the economy has suffered, or how long this will last 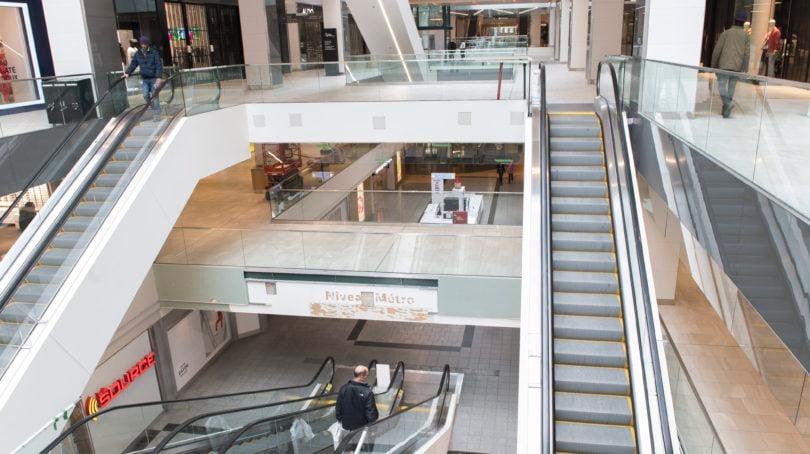 An almost empty shopping mall is shown in downtown Montreal, Wednesday, March 18, 2020, as Coronavirus COVID-19 cases rise in Canada and around the world. (CP/Graham Hughes)

Miles Corak is with the Stone Center on Socio-Economic Inequality and professor of economics at The Graduate Center, City University of New York. You can follow him @MilesCorak.

Only weeks ago a tightly packaged bundle of RNA floated across the seas on a droplet of air and pushed a $2-trillion dollar economy over a cliff.

On Thursday morning Statistics Canada released its first comprehensive assessment of the economic fallout, documenting the job and unemployment totals for March, with employment falling by more than one million. As electrifying as these statistics are, they are still less than perfectly clarifying.

Last week journalists clamoured hard for clear information on the projected number of COVID19 cases and deaths, data at the very heart of decision making, and the right of every Canadian to know.

The Federal government hesitated to release health projections, but there’s no hesitancy, no caveats, and no concerns about accuracy now that the statisticians in Ottawa have pressed the release button. Statistics Canada reports that there has been an unprecedented collapse in employment, and a strikingly longer line of unemployed.

Yet we should also treat these numbers as provisional, even for a survey that is reliably conducted every month. Official statistics just can’t move as fast as the events we are now living through.

This morning’s data only give a snapshot captured at one point early on, not a running documentary of what happened and what is now happening, never mind a clear sense of what things might look like after the economy hits rock bottom and the dust has settled.

The jobs and unemployment numbers refer to one particular week last month, from Sunday, March 15 to Saturday, March 21. Statistics Canada surveyed about 55,000 Canadian households, and asked them only about their situation during this specific week. The results are a one-week picture, just a single frame in a movie that has now been running for more than a month.

Similar American data released last Friday were anchored even earlier in March, leading observers to clearly warn that the jump in the unemployment rate, even if it was the largest on record since 1975, understated the economic damage of COVID19.

The Canadian data are better timed, but they nonetheless only capture the initial impact of COVID19, during a week in which international travel was restricted and the seriousness of the situation started to hit home, but before many schools closed and non-essential work was shut down in most provinces.

The jobs situation has certainly deteriorated, but it probably deteriorated even more during the two weeks after Statistics Canada asked its questions.

On March 20 it was reported that half a million Canadians had applied for Employment Insurance in the previous four days, but by the end of the month the cumulative total of Employment Insurance applicants was put by some at more than two million, and it is dramatically higher now.

READ: The folly of hope during the COVID-19 pandemic

Statistics Canada defines unemployment according to how Canadians behave: are they looking for a job, are they waiting to start a job, or are they on a temporary lay off and expecting to return to their job in the near future?

So whether or not you collect Employment Insurance is a whole other thing, but this time round almost all new claimants have certainly found themselves classified as unemployed, most of them considered to be temporarily laid off.

On this basis alone the number of unemployed would have ballooned. But Statistics Canada goes one better, also capturing the freeze in hiring that always precedes a recession, so the ranks of the unemployed have swelled even more as luck ran out for those who would have started a job.

In fact, the number of unemployed jumped to one and a half million, putting the unemployment rate at 7.8 per cent, up from February’s 5.6 per cent. The economy is falling into a deep corona-coma, losing all the employment gains made since November 2016, as the number of Canadians holding a job dropped by one million.

But a good deal has already happened since the second week of March, and it is likely that the unemployment rate right now is even higher, likely approaching 15 per cent, or one-in-seven Canadians.

This is not a pretty picture, and we don’t need Statistics Canada to tell us that. Still these data, what statisticians tell us are facts, will focus our imaginations on the economic fallout of this health crisis.

However accurate the numbers, what Canadians really need to know is when we will be able to stand up, dust ourselves off, and start again.

This morning, Statistics Canada has told us nothing at all about how long this economic disaster will last.