How Mackenzie King convinced Canada to go to war in 1939

Canada made an independent decision to fight the Nazis, one taken with scarcely a voice raised against it in Parliament 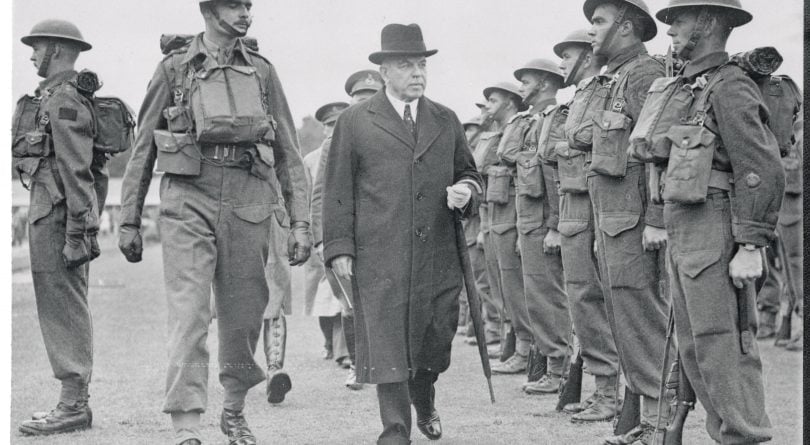 Leacock had captured the English-speaking Canadian’s attitude almost perfectly. The Statute of Westminster of 1931 had given Canada control over its foreign policy, but loyalty to the British Empire remained strong, especially among Anglo-Canadian elites. They believed that if England was at war, Canada was, too. But Leacock had said nothing about the very different French-Canadian attitudes to war. There was not much loyalty to Britain there, and Québécois remembered the bitter fights over conscription in 1917 and the vicious anti-Quebec election of that same year. To get English- and French-speaking Canadians on the same page as war again approached seemed a near impossibility. To do so was Prime Minister William Lyon Mackenzie King’s task.

King himself had no doubt that Canada should go to war if Britain did. The prime minister believed in British principles and values, and he feared that Adolf Hitler might become an aggressor. He had visited Germany in 1937 and met Hitler, who had impressed him as “one who truly loves his fellow man.” That was foolish, but King was no fool. He did not want Canada to go to war again, but as he watched the Nazis rearm, violate treaties and absorb Austria, he understood clearly that his nation once more had to stand with Britain if war came. His problem was how to unite a divided population and take it into war.

READ MORE: As Nazi symbols echo, remember who we fought on D-Day

First of all, King prayed that war might be avoided, and the British and French policy of appeasing Germany naturally appealed to him. If war could be avoided by throwing the bones of small countries to Hitler’s Germany, that would avert problems for Canada. But if not, he would fight. Hitler’s demands in the summer of 1938 for Czechoslovakia’s Sudetenland to be turned over to Germany horrified King and, as he wrote in his diary, “I would stand for Canada doing all she possibly could to destroy those powers which are basing their action on might and not on right, and that I would not consider being neutral in this situation . . . .” Some in his Cabinet and caucus disagreed, but the Munich agreement of late September 1938 among Germany, Britain, France and Italy gave the Sudetenland to Germany. Appeasement seemed to have prevented war.

Mackenzie King—and most Canadians—breathed a great sigh of relief after Munich, but Hitler soon violated the deal by swallowing all that remained of Czechoslovakia on March 15, 1939. Appeasement seemed a dead letter. What then?

The prime minister spoke to the House of Commons on March 20, telling members of Parliament and the country that if there was any danger of bombs falling on London, Canada would step forward to Britain’s aid. Ten days later, however, King told the House that, “The idea that every 20 years this country should automatically and as a matter of course take part in a war overseas . . . seems to many a nightmare and sheer madness.” That did not sound as if Canada was going to war if Britain did, and King agonized in his diary that his words might not be “immediately helpful” to Britain. Still, he added, they were “the kind of thing that will keep the country together . . . .” In the same speech, however, King stated that in the event of war, there would be no conscription for overseas service. One step back, one half-step forward seemed to be his policy.

But there was another voice on the Liberal front benches, that of Justice Minister Ernest Lapointe, King’s Quebec lieutenant. The day after the prime minister’s address, Lapointe offered a vigorous attack on the very idea that Canada might be neutral in another war. As King had done earlier, he rejected neutrality, asking of his fellow countrymen “whether they seriously believe that this could be done without a civil war in Canada.” If there was no conscription, Lapointe clearly implied, French Canada would acquiesce in Canada going to war. Taken together, King said in his diary, the two speeches created “a sort of trestle sustaining the structure which would serve to unite divergent parts of Canada, thereby making for a united country.”

RELATED: Why Canada’s casualties were so high in Normandy

There was much truth in this. Lapointe’s address reassured English-speaking Canadians that Quebec would not resist a declaration of war should Britain—and Canada—have to fight. King’s speech and its promise of no conscription, on the other hand, gave French Canada the assurance it needed that any war would be fought by volunteers alone. A trestle to unite the country, indeed.

But London still worried about the Canadian government’s response in the event of war. In late April 1939, King told the British high commissioner that he disagreed with London’s pledge of support for Poland and Romania, and “He could not forecast in advance of Parliament what line Canada would take if the United Kingdom went to the help of one of these countries and as a result were herself attacked.”

So it was to be proven. Hitler’s war drums had been beating against Poland for months, and his stunning pact with the Soviet Union on Aug. 23 made a general war appear certain. The Canadian cabinet met the next day to consider its position, and Mackenzie King expressed his gratification “that on the all-important matter of Canada’s participation in the event of Britain being drawn into war we were of one mind and united.”

Hitler invaded Poland on Sept. 1, and Britain and France declared war on Sept. 3. Canada had already begun to mobilize its pathetically small and ill-equipped military but was not yet at war, and Mackenzie King waited for Parliament to express its support. The declaration of war duly came on Sept. 10, George VI issuing the proclamation one week after Britain. Canada had made an independent decision to go to war, one taken with scarcely a voice raised against it in Parliament. A year earlier that had seemed inconceivable.

Did you have to go to war if England did? Leacock’s hypothetical Canadian would have said no, but yes. Mackenzie King understood that Canada had to go to war, and with his toing and froing, and his pledge against conscription, he ultimately brought a united country into war at Britain’s side, giving the Canadian public a policy that not only was right for him, but that seemed right to them.

MORE ABOUT THE SECOND WORLD WAR: