Inside the crazy, rowdy world of pro wrestling in Montreal 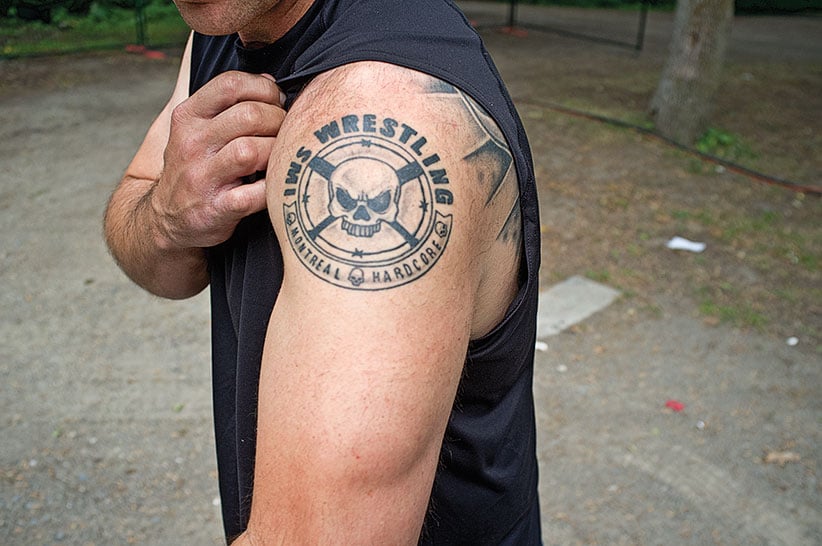 For nearly two decades, the International Wrestling Syndicate has wreaked havoc in the bingo halls, church basements and concert venues of Montreal. It is professional wrestling at its outsized best: sweaty bodies, giant egos and blood both real and fake, all flying through the air at a breakneck pace.

These pro wrestlers don’t generally get rich from their pain; a typical match will net each man about $50. Rather, it is the passion for spectacle that compels them into the ring. “Wrestling is a nice middle of the road when it comes to walking the fine line between genius and insanity,” says Shayne Hawke (né Andrew Stott), one of the IWS organizers and its chief story writer. Were it not for wrestling, Hawke says, he’d “either be a scientist with several Ph.D.s, or riddled with drug problems.”

Hyperbole? Sure, but that’s wrestling, and it has a remarkable heritage in Quebec. The province has birthed the likes of Mad Dog Vachon, Dino Bravo and Jacques Rougeau, all of whom made it to the WWE. Montreal itself has hosted some of the more legendary matches, including the infamous 1997 “Montreal Screwjob,” in which Alberta’s Bret Hart was made to lose a match (and his title) he was scheduled to win. It remains one of the sport’s most controversial incidents.

“Wrestling shows in Montreal tend to be seen as social gatherings between the fans, so people get rowdier,” Hawke says. “We’re an emotional populace: people riot when the Canadiens win, and wrestling specifically targets those emotions. It’s a natural fit.”

For the past two years, the IWS has hosted an event at Heavy Montréal, one of North America’s largest heavy-metal music festivals. Montreal, heavy metal and professional wrestling: it is a glorious trifecta.