The Kayapo tribe, living south of the Amazon basin in Brazil, is a reservoir of culture jeopardized by the reservoir of a dam. The Belo Monte Dam, the third-largest hydroelectric station in the world, will start surging next year, and one of its reservoirs could displace the 8,000 Kayapo people. The tribe’s chief is selling smaller plots to pay for lawyers and to fly himself to court—a $5,000 trip from hut to hearing.

Along with trying to protect the community, the Kayapo people are working to save the ecology of their land. The tribe owns an area nearly three times the size of Vancouver Island, which is where the photographer Cristina Mittermeier, who is originally from Mexico, now lives. “The dam is slaughtering a huge chunk of the rainforest,” she says. “We’re talking about the size of metropolitan Toronto.”

Mittermeier’s photos of the Kayapo are now part of an exhibition, Water’s Edge, on display at Toronto Pearson International Airport and Union Station in Toronto during the Pan American Games. In her work for conservation organizations and NGOs, as well as for National Geographic, she specializes in capturing traditional livelihoods. “It’s the Avatar syndrome,” she says. “I seem to always be photographing people struggling to keep white people out.”

She describes the Kayapo as warm as they are persistent. When she first met them in 1992, she was pregnant, and the women sensed and soothed her morning sickness, communicating in sign language. During each of her following stays, they have lent her a hut. “They’re very friendly people,” she says, “but only if you’re invited.” 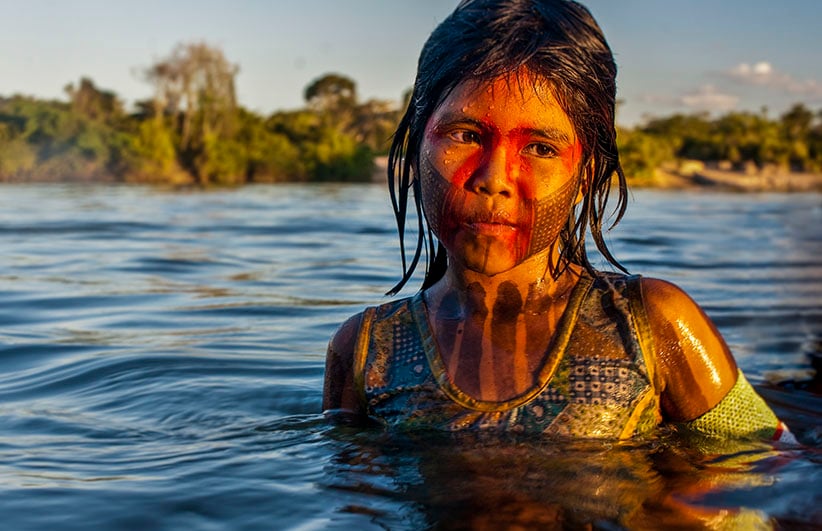