12 shocking sinkholes (both big and small) from around the world

In the wake of the ever-widening pit that's appeared in a Nova Scotian town, here's a glimpse of other destructive sinkholes

An ever-expanding sinkhole appeared this month in a park in Oxford, N.S. So far, it’s swallowed up large trees and picnic tables. The pit is nearly 40 metres in diameter and geologists say they aren’t sure how much bigger the crater will get. Sinkholes occur when the rock below the surface of the ground is made of soluble rock (like gypsum, the material responsible for the Nova Scotia pit), which can become weak and dissolve due to ground water. The holes often appear suddenly and can cause major destruction. Here are some eye-popping sinkholes that have appeared across Canada and around the world. 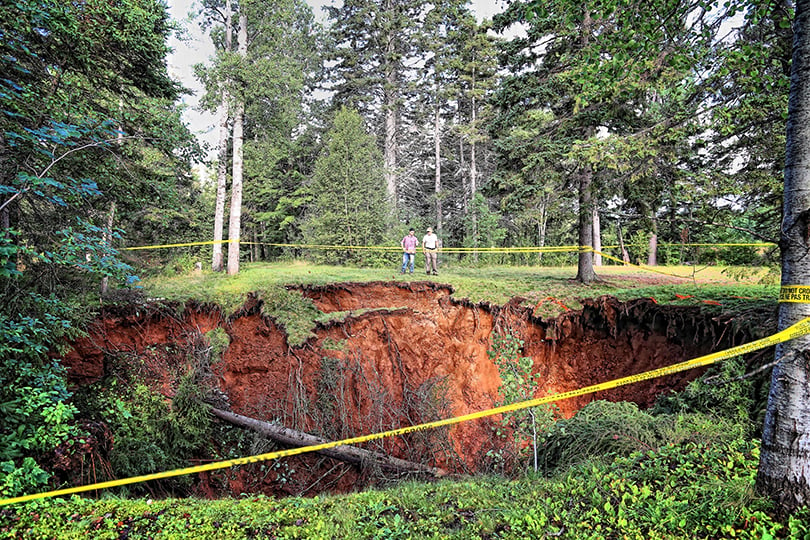 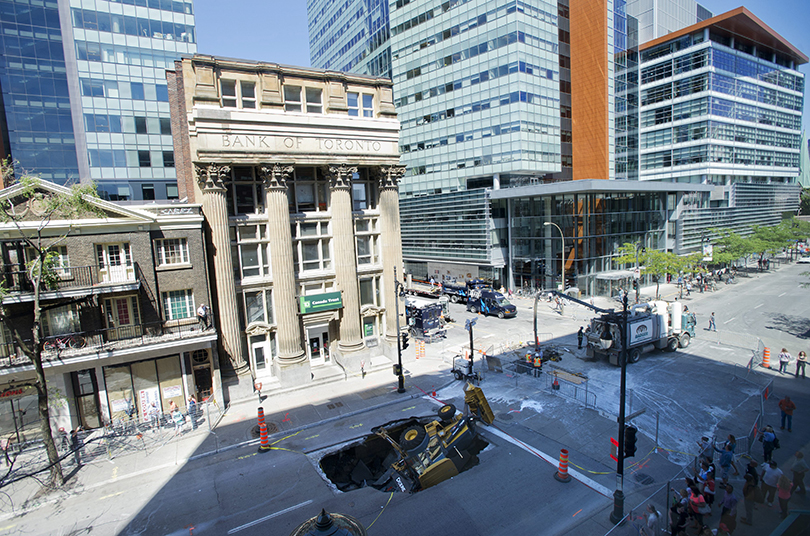 A backhoe is seen after it was swallowed by a sinkhole in Montreal, Tuesday, August 6, 2013.(Graham Hughes/CP) 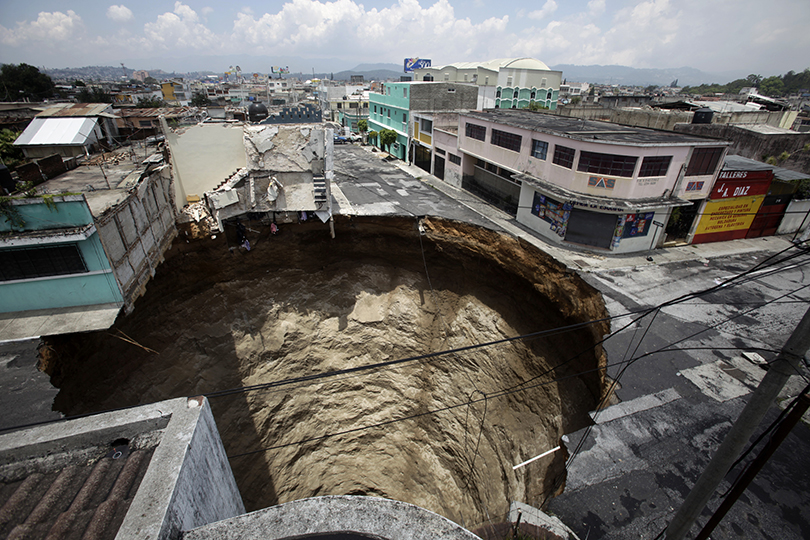 A giant sinkhole caused by the rains of tropical storm Agatha is seen in Guatemala City June 1, 2010. (Daniel Leclair/Reuters) 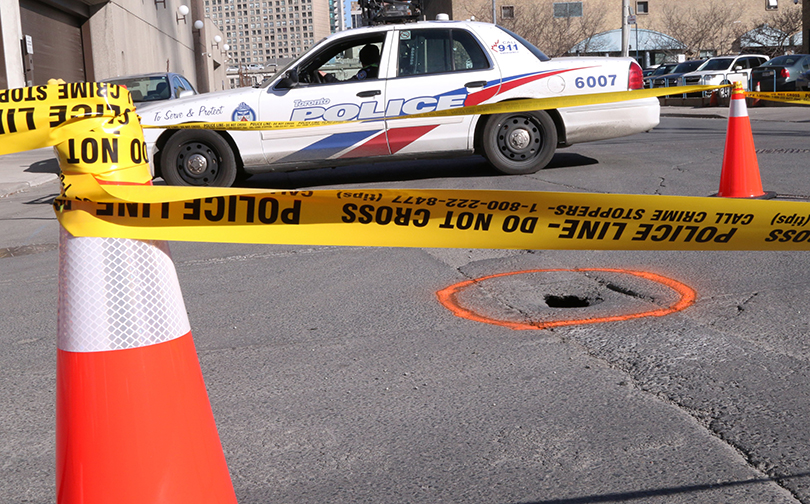 A small opening at the base of Freeland Street and Queens Quay, reveals a sink hole that has opened up beneath. (Tannis Toohey/Toronto Star/Getty Images) 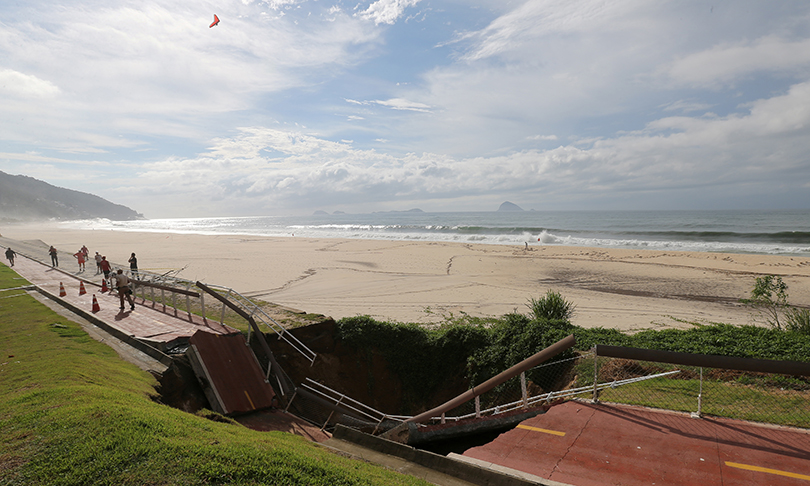 The collapsed area of a cycle lane is seen on Sao Conrado beach after heavy rains in Rio de Janeiro, Brazil, on Feb. 15, 2018. (Sergio Moraes/Reuters) 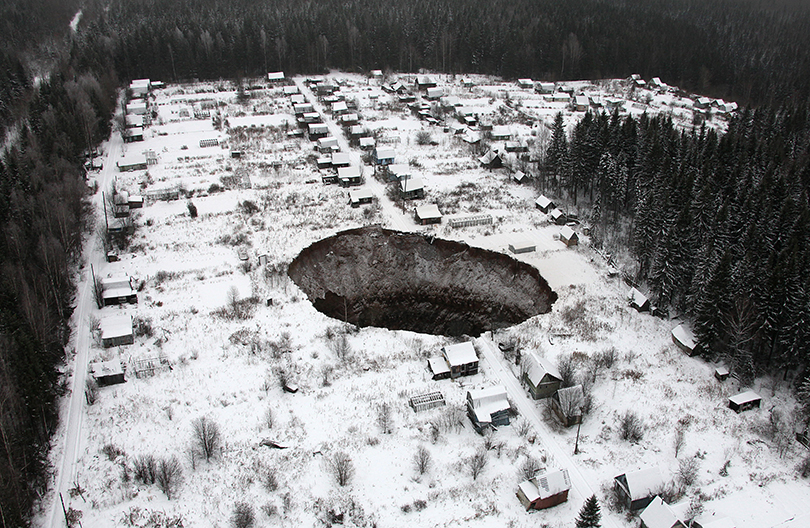 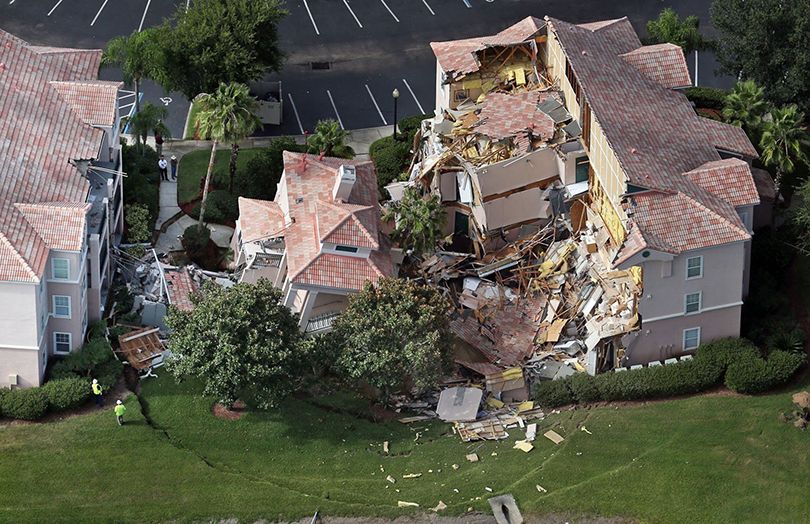 Buildings collapse into a sinkhole at the Summer Bay Resort on U.S. Highway 192 in Clermont, Florida, on Aug. 12, 2013. Guests had only 10 to 15 minutes to escape the collapsing buildings at the Summer Bay Resort, where a large sinkhole- about 60 feet in diameter and 15 feet deep- opened in the earth. (Red Huber/Orlando Sentinel/MCT/Getty Images) 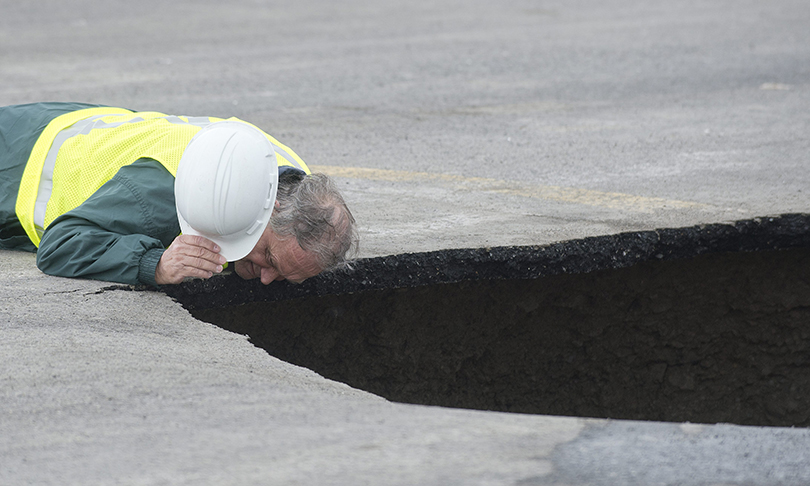 A man looks inside a sinkhole that opened up at a parking lot at Montreal Airport, Friday, March 29, 2013. (Graham Hughes/CP) 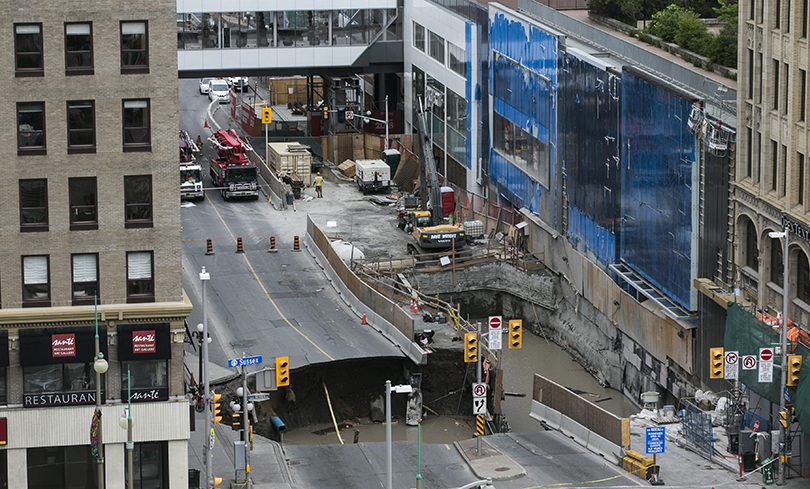 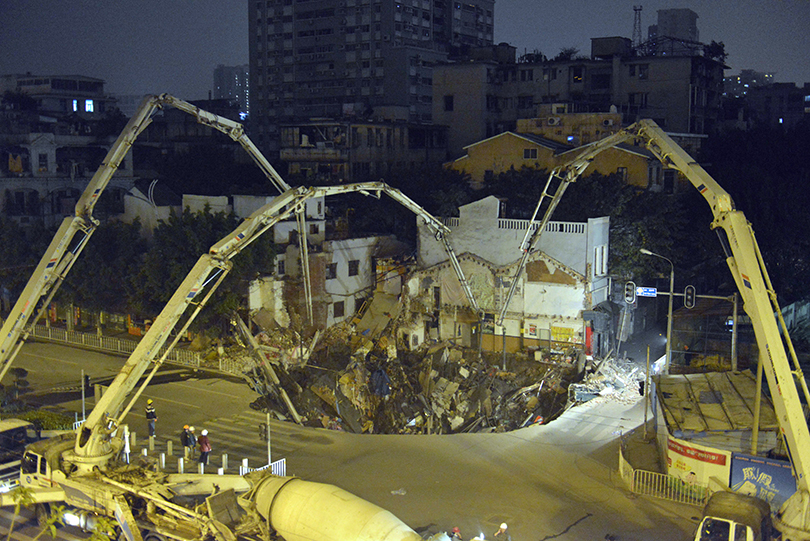 This picture taken on Jan. 28, 2013, shows workers using machinery to fill in a sinkhole that buildings collapsed into near a subway construction site in Guangzhou, south China’s Guangdong province. The hole measured about 1,000 square feet across and was around 30 feet deep, but no one was killed, according to a state media report. (AFP/Getty Images) 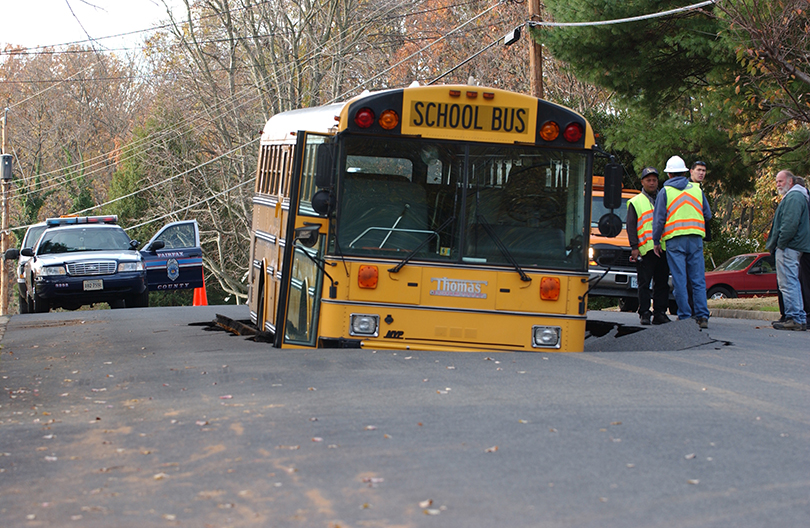 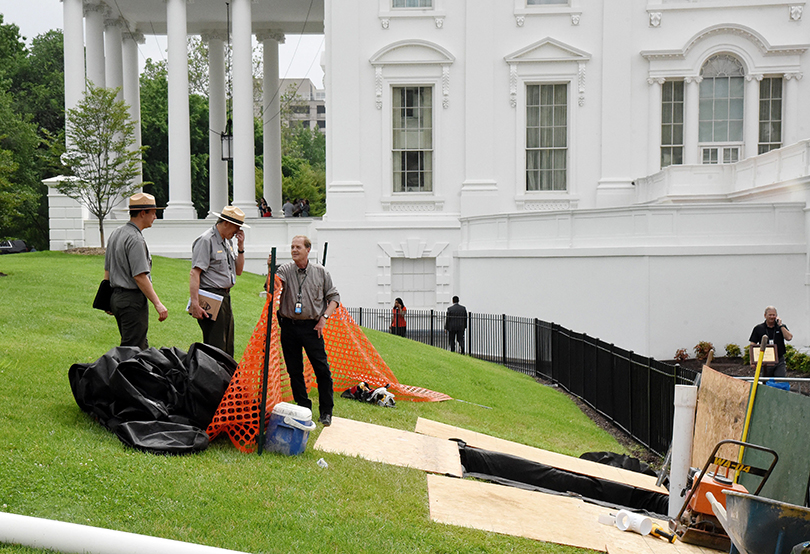 Landscapers work to repair a sinkhole that opened on the lawn outside the north side of the White House West Wing May 29, 2018, in Washington, DC. The hole is in the same area where a two-year-long construction project to upgrade White House utilities. (Olivier Douliery/ Abaca Press/Getty Images)