These hyper-realistic baby dolls may unsettle some, but they're a comfort to many

The “reborn” movement started as a niche community in the 1990s and has now expanded into a global network of artists and enthusiasts. These ‘reborners,’ mostly women, create hyper-realistic baby dolls, finessed with layers of paint to achieve the mottled skin of a newborn and hair inserted follicle by follicle.

The painstaking process can take several days, with the final product fetching up to several thousand dollars.

For passionate dollmakers, reborn is a form of art, says Bizet. The buyers range from collectors, the lonely or depressed, couples coping with the loss of a child, and even a hospital that uses the dolls to calm patients with Alzheimer’s. “They are so happy to see babies,” says Bizet . “It’s like sunshine during the day.” The joy is fleeting, as the patients eventually begin to doubt the authenticity of the doll and lose interest, but for a few moments they are once again holding a daughter, or a grandchild.

“When you have a real reborn doll in your arms, it’s something different. When they are really well done . . . it [feels] like a real baby,” says Bizet. “The hands, arms, legs, everything. Especially when you take the head of the baby on your shoulder.” While Bizet maintains it’s “just a piece of silicone,” to many of the women he photographed, it’s more than that. Amanda, for instance, takes her reborn, A.J., out for walks in a stroller, and says it eases her depression.

“It’s just a doll,” Bizet says, “[But] she explained that she felt much better with this doll and why not? If it can help, why not?”

Bizet is a finalist for the Sony World Photography Awards, to be announced in April 2020. 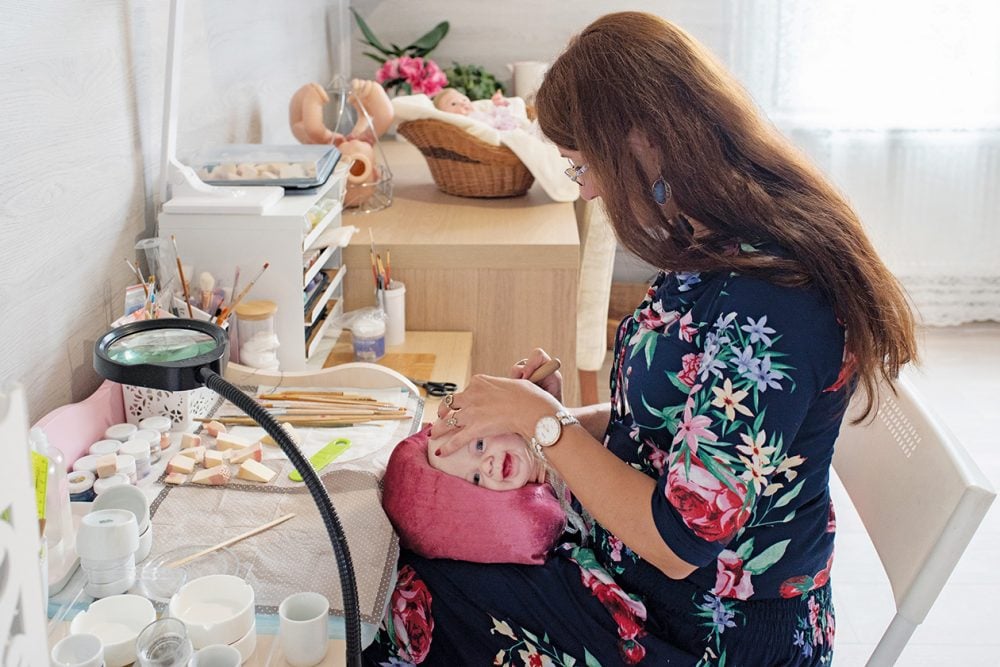 Galina Lobashova, in Russia, is a reborn artist in her spare time and sells her dolls worldwide.