The world has turned on Syrian refugees

Adnan R. Khan: It's been four years since three-year-old Alan Kurdi died. Since then, borders have slammed shut and promises have been broken. 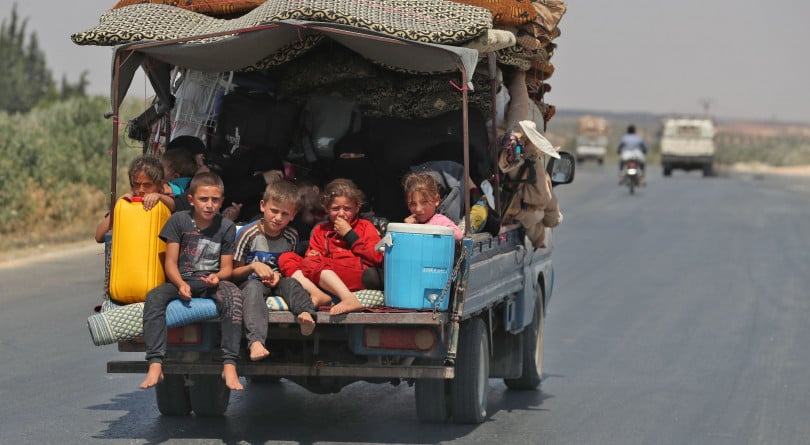 There is another wave of Syrian refugees making its way north toward Turkey. This time, they won’t receive the same welcome they did back in 2015. There will be no world leaders championing their cause or regional countries opening their borders. Instead, they will be trapped in a purgatory built of apathy and mistrust.

Consider what has happened over the last four years, nearly four years to the day the photograph of Alan Kurdi, the 3-year Syrian refugee, lying lifeless on a beach supposedly mobilized the international community into action:

More than 5.6 million people have fled Syria, the vast majority still living in limbo in neighbouring countries like Turkey and Jordan, according to the UN refugee agency. Another 6.6 million are internally displaced while three million are trapped in Idlib, the last rebel stronghold where the Syrian regime and Russia launched a brutal offensive four months ago.

In Turkey, the ruling AK Party, after years of playing the refugee card in its bid to wring concessions from Europe and position itself as the leader of the Muslim world, has turned on its wards after they became a handicap in recent local elections. The AK Party lost big in key Turkish cities, including the capital Ankara as well as Istanbul, Turkey’s economic powerhouse. The losses were in part due to resentment over a failing economy which people blame on the estimated 3.5 million Syrian refugees living in Turkey.

In response, Turkey has begun rounding up Syrians and deporting many of them back to Syria, in violation of its international refugee treaty obligations. It has locked down its border and recruited the U.S. in its bid to set up a “safe zone” in northern Syria, which Turkey claims is necessary to protect its territory from the Kurdish YPG militia but which will also operate as a giant camp for more Syrians deported from Turkey, as well as those escaping the fighting in Idlib.

READ MORE: How Syrian refugees to Canada have fared since 2015

The international response has been agonizingly muted. The EU still fears another wave of Syrian refugees from Turkey like the one it saw in 2015, which precipitated the rise of far-right anti-immigrant parties throughout the bloc. Europe’s fallback has been the controversial Readmission Agreement it signed with Turkey in April 2016, in essence paying Turkey off to the tune of six billion euros to prevent refugees from crossing into Europe.

The AK Party knows full well it has the EU over a barrel. It dangles refugees like the sword of  Damocles over the heads of European governments. Whenever relations sour, Turkish officials threaten to open the gates and let more flood in. European leaders then fold meekly and offer more money.

Other developed countries have been equally callous. Australia’s borders have all but slammed shut to refugees. In the U.S., unsurprisingly, Donald Trump has floated the idea of taking zero refugees in 2020.

And Canada? Despite Prime Minister Justin Trudeau’s 2015 promise that Canada would lead the world out of the refugee crisis, the response has not lived up to the rhetoric. According to Immigration, Refugees and Citizenship Canada, slightly less than 45,000 Syrians have been re-settled in Canada since November 2015. To put that in perspective, over the four months of the regime offensive in Idlib, more the 400,000 Syrians have amassed at the Turkish border seeking protection. So for every one Syrian Canada has taken in over the last four years, nearly 10,000 more have been displaced—in a mere four months.

Idlib may very well be the last major source of refugee outflow from Syria, at least for the time being. If—or at this point, when—the territory falls to the regime, the war will be over, the regime will be in full control of the country and no doubt governments around the world will start demanding that it’s time for Syrians to go home.

It’s unlikely many will comply. An end to the fighting does not mean an end to the dangers civilians face. According to an Aug. 15 report by the Syrian Network for Human Rights, a monitoring group that has kept tabs on the Syrian civil war since 2011, refugees who have returned to their homes face “arbitrary arrests, enforced disappearances, death due to torture, and forced conscription into the regime forces.”

Others have no homes to return to because they have been either demolished or confiscated by the regime as part of a program of stripping those it deems rebel supporters of their property.

All of this is playing out in plain sight but few seem to care anymore. Maybe it will take another dead child on a beach to shake the world out of its self-interested stupor. But such symbols have a fleeting effect at best. Thousands of dead children litter the battlefields inside Syria. Millions more are languishing in squalid camps or withering away on the streets of Istanbul. Hundreds of thousands in Idlib now face a new wave of displacement. If that’s not enough to rouse the world into action, what is?