Canada will rule the world, a century after Laurier intended

David Moscrop: Canada has faced major challenges, and sometimes failed. But as major powers peck themselves to death, we've set ourselves up as a global leader. 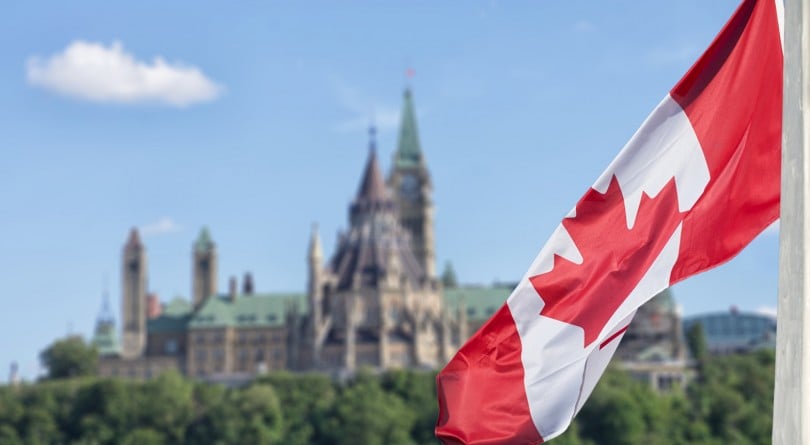 For over 150 years, Canada has just sort of… been there. Tucked away at the outer edge of the global firmament, not quite modest but rarely immodest, we’re the humble power that’s a bit heavy around the middle. We have just enough good sense to offer constructive criticism and ideas to the world: the Universal Declaration of Human Rights, peacekeeping and tackling the Suez Crisis, for instance. We tend to join others in morally right conflicts like the Second World War and the first Iraq War and avoid the quagmires, like Vietnam and the second Iraq War. On balance, we do well. And while the major powers have played geopolitical chess, there we were, just keeping time.

Global time keeper is surely not what Prime Minister Wilfrid Laurier had in mind when, in a 1904 speech at Toronto’s Massey Hall, he predicted “the 20th century shall be the century of Canada and Canadian development.” With atypical northern swagger, he added: “Canada shall be the star towards which all men who love progress and freedom shall come.”

Laurier wasn’t exactly correct. But he wasn’t mistaken, either. He was just ahead of himself by a century.

Throughout the 20th century, Canada produced a mixed yet encouraging record. We built world-beater political institutions, managed decent policy responsiveness, pioneered modern multiculturalism, attracted immigrants from around the world, and held together an unlikely, cobbled-together federation—violently at times, peacefully at others. We built a modest welfare state alongside considerable wealth, even if it’s not well distributed. We also failed our Indigenous Peoples—and are failing them still. Some of our companies behaved very badly, exploiting foreign states and the human rights of their citizens. Still, comparatively—considering ourselves in the real world, in relation to everything and everyone else—we’ve performed rather well over the last 100 years.

Meanwhile, the major powers have been pecked to death as their nasty chickens come home to roost. While democracy is in global decline, Canadian institutions are holding up. That makes us resilient. Authoritarianism is on the march globally, including in the United States and Europe, but Canada remains unbowed. Climate change threatens humankind and will bring devastation at home and abroad, but Canada is modestly mobilizing to address it. This, even as some evidence suggests that rising temperatures will (perversely) benefit our economy—at least initially—by opening up shipping routes and creating an agricultural “sweet spot.” Any benefits would be a bargain with the devil as we should expect plenty of awful, disproportionately-borne costs, too. Still, we’re more likely to maintain a functional economy in the face of chaos. In many countries, people are fleeing or desperate to leave—and many come to Canada. Traditional allies are squabbling and Europe is talking about raising a standing army to counter Russia and the United States. But this constitutional monarchy and parliamentary democracy maintains stable, often fond, working relationships most of the world over. That makes us a trusted broker.

In 2019, Canada is positioned to start down a path towards leading the world. Not that we’ve been planning it since Laurier. It was a function of luck, of an unassuming being-there-ness, of semi-related preparation and opportunity. While major powers were thrown about in ebbs and flows of global dominance, elevated or brought down by unforced errors, accidents of geography, technological paradigm shifts and the weight of their own historical divisions and prejudices, we in Canada nurtured our institutions, built relationships, and leveraged our geopolitical location and natural resources for the future.

We will never be the world’s largest economy—if we are, we’re all in trouble. We will never have the greatest military force, which would be troubling too. But that’s good: each is a trap. Going forward, Canada will be comparatively stable and prosperous and trusted—an attractive place for the shining minds of the next half-century. Our politics work. We sit upon extremely valuable resources—not the least of which is fresh water—that will only become more and more important. And we stand out among the best choices for an honest global broker. Now, we are set to begin the peaceful coup of the century—to slip out from the shadows and take a central role in leading the world. That could work. Better red than dead.