Bruce Heyman: No one person can define the U.S.-Canada relationship 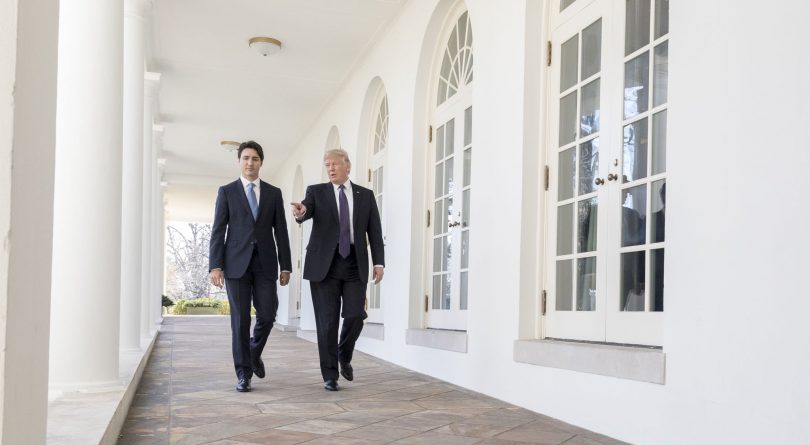 Canada: I’m sorry. President Trump is throwing you under the bus.

It’s not just bad policy. His recent comments at a private fundraising event—boasting that he tried to lie to Prime Minister Justin Trudeau, saying that the U.S. had a trade deficit with Canada—were reckless and deeply upsetting to me personally, and to other Americans across the country. We have a leader who systematically is poisoning the most important relationships our country has, and lately Canada seems to be at the front of the line. The reasons are unclear. Perhaps with these lies and intimidation he seeks to gain negotiating advantages for NAFTA. Perhaps it is something else altogether. Whatever the reasons, though, they are wrong and short-sighted.

And I’m sad to say that it’s unlikely things will improve anytime soon. We may be in for darker days ahead. The modus operandi of this administration is that the President consistently chooses to hurt relationships with our allies and ignores other countries that actually do cause us harm, like Russia. And there is no reason at this point to think this dynamic will change.

Nevertheless, I’m optimistic about the U.S.-Canada relationship in the long-term. We are family no matter what—a lesson that I learned over and over during my time in Canada.

Almost four years ago, shortly after becoming the U.S. ambassador to Canada, I met Ken Taylor, a Canadian hero who was Canada’s ambassador to Iran in the early days of Ayatollah Khomeini. We became friends, and I was touched that he came to Ottawa to celebrate the Fourth of July with us and share his extraordinary story of helping several American diplomats escape a tyrannical regime in 1980, a courageous narrative that was popularized in the movie Argo. At his funeral, I presented his wife, Pat, with the Stars and Stripes that we flew over the U.S. Embassy in his memory.

Canada has many heroes who, like Ken, have come to our aid in a time of need. After Sept. 11, for example, the people of Gander, Nfld., opened their homes to thousands of travellers stranded when we closed U.S. airspace. This heartwarming story is told in Come From Away, the hit musical—yes, the ties between our two countries are so magical that they have even become the stuff of Hollywood and Broadway.

READ MORE: How Newfoundlanders pitched in during 9/11

I honour the sacrifices of Canadians fighting with us in Afghanistan, as they did in the Persian Gulf, Kosovo, Korea, and both world wars. And at home, when we endure natural disasters, it’s Canadians who are the first to come to our aid; whether it was Hydro Quebec helping restore electricity to the northeastern U.S., American firefighters jumping into Alberta and British Columbia to fight forest fires, or any one of the millions of family, tourist, cultural, business, social and political ties between our two countries, our bonds run deep and long.

Ordinary citizens have kept this relationship strong for centuries. And no one person—even if it’s the President of the United States—can change that.

After all, as friends, allies, partners and neighbours, no two countries have it better. We share a border of 8,891 km, the world’s longest non-militarized border. We protect each other through NORAD, and together, we help protect Europe as members of NATO. With one of the world’s largest bilateral trade relationships, annual trade between Canada and the United States exceeds US$630 billion in goods and services. (And yes, Mr. President, the U.S. trade representative has confirmed that the U.S. has a surplus with Canada of US$12.5 billion.) Through trade, Canada supports millions of American jobs.

Do not believe for one second that President Trump speaks for Americans when he insults you. If there is one thing that unites Americans across the political spectrum, it’s our positive image of Canada. Gallup has polled Americans for decades about their approval or disapproval of countries, and Canada is always at the top. Nothing has happened to change this: On Feb. 28, Gallup released approval ratings for countries around the world, and once again Canada was at the top, with an astonishing 94 per cent of Americans having a very favourable or mostly favourable view of Canada.

Of course, the United States and Canada—and their leaders—can have different perspectives on a whole range of issues. This occurs even when the leaders of both countries are ideologically similar, as was the case when Prime Minister Trudeau and President Obama were in office at the same time. There can be more challenges when the leaders are of different ideologies—as was the case early in my tenure between President Obama and Prime Minister Harper—and in an ordinary environment, the fact that Trump and Trudeau are ideologically different would not be terrible, nor even particularly unusual. Differences in climate change, trade and immigration policies are standard. But what is truly different—and horrible—is our President’s willingness to take liberties with the truth, and to joke at the expense of friends. In this case, it’s with our best friend.

Relationships between countries are no different than relationships between people. They are based on honesty and trust, and breaking either one of these forces the relationship into a downward spiral. To make matters worse, turnover in the White House and across the executive branch means there aren’t consistent professional networks that can minimize the damage the President is causing. This will become even more problematic as the President lurches U.S. foreign policy from crisis to crisis, losing allies and friends in the process. When we need these countries for the inevitable future crises, will they have any reason to support us, given the President’s behaviour towards them?

But make no mistake: We will recover from this, and it’s thanks to the unique nature of our relationship. My wife Vicki and I have traveled to every province and territory, and the depth, variety and sheer number of connections between Americans and Canadians delighted and astonished us. And every single day as ambassador, I saw how important Canada is to the United States—but more importantly, how vital Canadians are to the United States.