Opinion: The Canadian government should explore reparations for people whose cannabis-related criminal offences have stopped them from fully participating in society 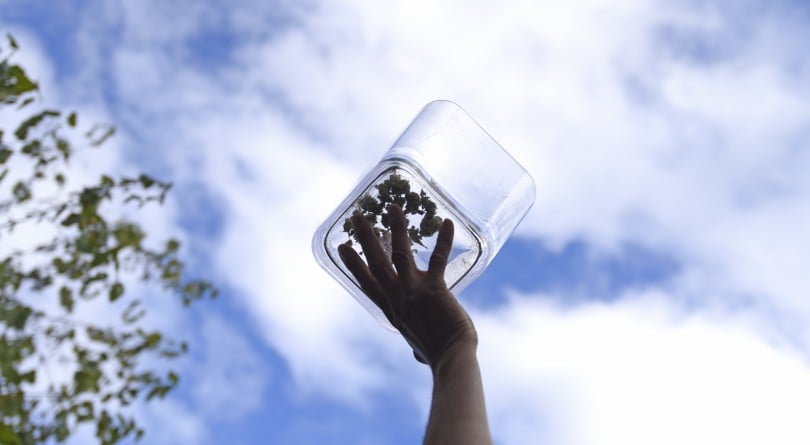 A supporter holds up a glass jar while asking people to donate marijuana leaves during the Cannabis Legalization Day celebration in Toronto, Canada, on Oct. 17. (Arindam Shivaani/NurPhoto via Getty Images)

Chuka Ejeckam studies political science and public policy at the University of British Columbia. His work focuses on drug policy and inequality, the latter both political and economic.

In the months leading up to the legalization of cannabis for recreational use in Canada, the Trudeau government faced frequent questions on how it intended to treat Canadians saddled with criminal records for cannabis-related offences. And rightly so: It’s an enormous issue faced by many Canadians.

In June 2017, the National Post reported that more than 15,000 Canadians had been charged with cannabis possession since Trudeau’s government took power in October 2015, with more than 2,000 of these charges resulting in criminal convictions. Of those 15,000 Canadians charged, 7,000 were 25 or younger, and 774 of the Canadians in that age group were handed convictions that could follow them for the rest of their lives. More than 103,000 Canadians have been charged with cannabis-related offences since 2013. When Victoria MP Murray Rankin introduced a bill to proactively expunge records for minor, non-violent cannabis-possession convictions earlier this month, he cited the Canadian Nurses Association’s findings that roughly 500,000 Canadians have such records, a disproportionate number of them being Black or Indigenous. And a recent study has found that Black and Indigenous people in Canada are significantly overrepresented in cannabis arrests, as well as being more likely to be detained for bail once charged.

While advocates have urged the government to grant amnesty to all those affected—suspending and commuting records would work against the pernicious historical legacies of the discriminatory war on drugs, they argue—the government committed to introducing legislation that would waive application fees and waiting periods for those seeking pardons for past convictions of cannabis possession. Drug policy reform advocates have criticized this proposal, noting that pardons—as opposed to record expungements—fail to address the breadth of unjust impairments attached to cannabis convictions as well as charges, as well as their disproportionate application to Black and Indigenous Canadians.

However, even if the federal government expunged all records with cannabis convictions and charges in a single stroke, this still wouldn’t go far enough.

WEED-TO-KNOW: A Maclean’s FAQ all about legal marijuana in Canada

As the Canadian government itself has identified, bearing a criminal record can seriously hinder a person’s pursuit of employment. A criminal record can also hamper attempts to find housing, attain a mortgage, secure a loan and travel internationally, and can also lead to ostracism, part of a broader bias against people who have been incarcerated. A 2002 survey of 122 employers in California found that only 23 per cent would consider hiring an applicant with a drug-related conviction. And a 2004 experiment conducted in New York City found that bearing a criminal record reduced the likelihood of a job offer by 50 per cent, with the effect being significantly larger for Black Americans than white Americans.

Indeed, the economic impairments that come with a criminal record tend to be concentrated in the same communities disproportionately targeted by drug prohibition—and by law enforcement more broadly. This contributes to the potential deepening of income and wealth inequality between communities of colour and white ones, and between low-income communities and those of economic elites, as former politicians and law-enforcement officials sign up to benefit from companies able to pay for the high-priced barrier of entry into the market.

Given that the Trudeau government has explicitly acknowledged that bearing a criminal record harms Canadians’ ability to create for themselves the life and experiences that they desire—all because of an activity that our current Prime Minister campaigned on making legal, and is even on record about having done while a sitting member of the Canadian Parliament—it must also recognize that these harms hold perpetually, from the instant that individual is released from incarceration. Suspending someone’s criminal record today does nothing to address the restricted opportunity they’ve dealt with since their release. That time is lost and can never be replaced.

It can, however, be compensated for. The government can establish federal programs that make employment opportunities, credit, mortgages, and other financial services and support available to those who have been held back by cannabis-related criminal convictions. It can create a priority-access program for the legal cannabis market to give Canadians that were already working in a now-legal market the chance to pursue success in a blossoming industry. And it can make business loans and other support services available for Canadians who can’t compete, financially or organizationally, with large early-entrant corporations—including those sporting former public officials who opposed liberalization of any drug policy while in their official capacities, yet now sit poised to cash in on the new industry.

There have been steps taken to clear criminal records for past cannabis convictions in some jurisdictions in North America. Earlier this year, the San Francisco district attorney expunged and dismissed thousands of felony and misdemeanour cannabis convictions in a single swipe. A Seattle court unanimously signed on to an order vacating 15 years’ worth of misdemeanour cannabis possession charges. California Gov. Jerry Brown also recently signed a bill easing the process for citizens with past cannabis convictions to have their records expunged. However, efforts to offer reparative economic support and opportunities to those same individuals are significantly harder to find. California provides one example, where the cities of Oakland, Sacramento, San Francisco, and Los Angeles have created “equity permit” programs that offer citizens with past cannabis convictions priority access to the legal cannabis market–though there have been some issues with their implementation. There are calls for similar programs in Canada.

The Trudeau government has been praised for its progressive approach to cannabis policy, but that has come at a frustratingly slow pace for those anxious to see change come to an international drug prohibition regime that has spent billions of dollars failing to reduce harm in society—and one that is increasingly regarded as worsening those harms. In addition to clearing criminal records, offering reparative economic supports to Canadians who have lived with criminal histories for cannabis convictions advances the effort against the long-term impacts of excessive and disproportionate criminalization, and validates the government’s claims of seeking to right the wrongs done to Canadians by nearly a century of errant drug policy.