Opinion: Maxime Bernier's comments—and now, his departure from the party—are among the recent immigration fracases that reveal a better path for Conservative success 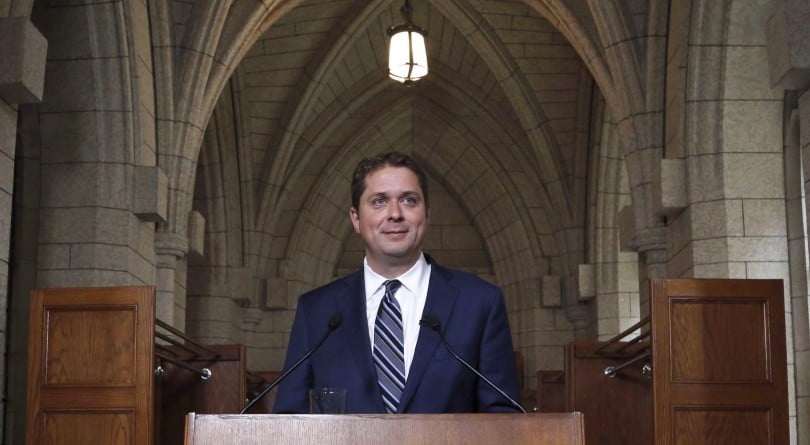 If the past week’s fracases over immigration and diversity impart one lesson upon Andrew Scheer’s Conservatives, let it be this: they need to question Justin Trudeau on competence, not question Liberals on Canada’s culture.

Furious that Trudeau Trudeaued in the most Trudeauian way for the millionth time in office, Bernier lit up Twitter a few Sundays ago with his jeremiad against the notion of “ever more” and “extreme” diversity, before adding one about the “cult of diversity,” and another about “identity politics”. He hasn’t stopped culture warrioring ever since, really. It’s all a bit out of character for a politician whose usual eruptions have to do with Canada’s overpriced milk.

Bernier’s culture crusade, of course, got noticed. The media ran riot, Conservative colleagues—including party leader Andrew Scheer—tut-tutted furiously, and the Liberals cranked out record fundraising appeals. Now, in a fit of pique gussied up as principle, Bernier has announced that he will be striking out on his own.

READ MORE: Why Bernier is leaving the Conservative Party

Bernier’s pre-doing-it-my-way comments may not have been so divisive if his target was actually the Prime Minister, as it surely ought to have been while his party is forced to take a time-out on the opposition benches. But as should by now be obvious, it’s Scheer that Bernier’s tweets were really after, for reasons of ideological impurity. According to Bernier’s maxims, thou shall strike down any leader who lies down with milk-producing animals—and thou shall strike him down with vague but explosive musings on Satan’s social media platform about how many immigrants should be admitted and integrated into the Canadian kingdom.

It’s the kind of talk that excites a subset of the faithful, but it’s not a viable plan on which to win back Canada, especially if it divides Conservatives. Which is surely why Andrew Scheer hoped Bernier would implode on his own as he clearly cruised for martyr status—something Scheer couldn’t be the one to grant, lest the act of martyrdom win Bernier more converts.

Really, this war of egos was all so pointless and unnecessary—not to mention self-defeating for the Tories, as it won’t help to produce a new tenant in Rideau Cottage come next fall. But it does highlight something intrinsic about what a potential path to victory does or doesn’t look like for the Conservatives.

Bernier’s talk of ending supply management at least had retail appeal to a broad swathe, of non-conservatives. Less so the words on culture. New arrivals are certainly the kind of thing that would put a bee in the bonnet of Exhibit B in our story, one Diane Blain, a.k.a. Justin Trudeau’s infamous hay-field interlocutor who, in her own inimitable way, showed Conservatives how not to take on this Prime Minister.

Although Blain led with a legitimate question on reimbursing Quebec for the costs incurred by illegal border crossers—albeit one not asked in good faith, as is now clear—she followed up with a flurry of questions about whether Trudeau was intolerant of the “Québécois de souche” which, roughly translated for English Canada, means the Québécois whose ancestors invented the snowmobile and now avoid Montréal like the plague.

Trudeau’s eyes lit up in response to Blain’s heckling. Sometimes, it pays to shoot the messenger.

READ MORE: Why the explosive debate over Syrian refugees will likely define the next election

And if you want to see what a diploma in drama gets you, study Trudeau’s response. He might have been quick off the mark to brand Blain intolerant to immigrants—even as lots of Canadians wonder what the plan on the border is—but he brought it home in the second act, when he waded into the crowd and met her souche talk with cries of “racist.” Trudeau was in his Captain Canada element; you could practically hear the Liberal strategists climaxing, especially when Conservatives stood up for Blain’s right to question the Prime Minister on the border.

The ensuing melee over the appropriateness of Trudeau’s response produced several takeaways, one of them being that it never hurts to hold your fire until the target comes into full view—and the weapon, too, in this case. In the days when anyone can be a hit on social media, a little quality control goes a long way when assessing the suitability of stalking horses. There’s a point to be made about this government’s high-handedness with critics, but using Blain to make it is the very definition of a diminishing return—especially when you’ve already got a shadow cabinet full of better options. 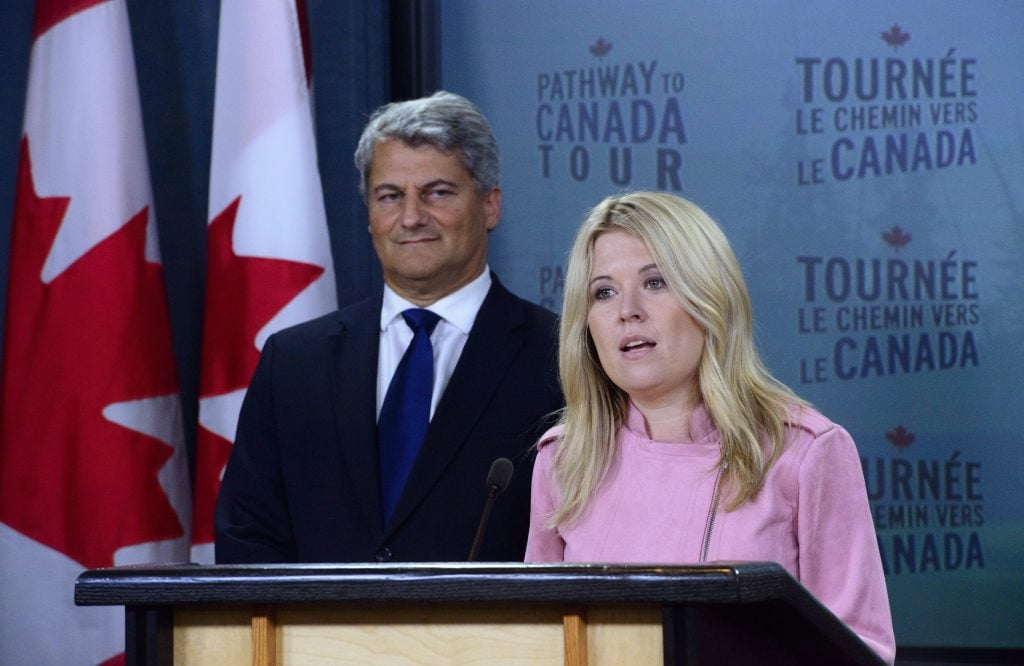 Which brings us to Exhibit C: Michelle Rempel.

Having pounded Bernier on social media several times for his unhelpful comments, Rempel and her colleague Gérard Deltell yesterday laid out their principles for a revamped immigration policy.

While not yet forensic in its detail, it was miles better than Bernier’s Rebel-rousing. The Rempel-Deltell effort was at least focused on the right target: Trudeau and the Liberal government’s many failings on immigration. It was clearly the work of Conservative caucus members anxious to show Trudeau—not Scheer—the door.

“In order to prevent erosion of social license for immigration among Canadians,” Rempel noted, “it is imperative that Canada’s government be able to clearly articulate a vision for Canadian immigration, and be able to articulate a fully-costed and well-thought-out process to achieve the same.”

Here, Rempel hits on the essential truth: Immigration enjoys broad support in Canada as long as the system is working and is seen to be working. And there is lots of evidence, as Rempel notes, that the current government is failing on these fronts.

READ MORE: It’s not all about their base: Canada’s 2019 election will hinge on these voters

Lots of people remember the Trudeau push to welcome Syrian refugees. Few know that 90 per cent of those who arrived under government-sponsorship are now unemployed, according to Rempel, citing numbers provided to her by the immigration minister. This isn’t to say they shouldn’t have come, or that it was wrong to have taken them in, only that the government appears to have stopped working after the cameras switched off. And no one—Syrian arrival nor longstanding Canadian—benefits from that outcome.

Nor, for that matter, do most know that Liberal decisions to lift visa requirements on Mexico and Romania—which the previous government had put in place precisely because of Canada’s failings—are straining our asylum system. The immigration system, it turns out, was simply incapable of adjudicating their claims quickly enough, which was in turn inviting more to try their luck. This is the same system, by the way, that is now handling the illegal border crossers from the United States, large percentages of whom, the government’s own figures estimate, have no legal claim to enter Canada. The government should be pressed morning, noon and night about their actions to fix this integrity-sapping problem.

These are no less emotive points to make than Bernier’s, but they have the benefit of being backed up by data. In other words, they are the basis for a good-faith debate, one the Conservatives can expect to carry with a significant portion of the (non-racist) crowd in Canada.

That’s why Conservatives need to be Rempel and Deltell, not Bernier. They need to be fact-based warriors—not cultural Vandals.