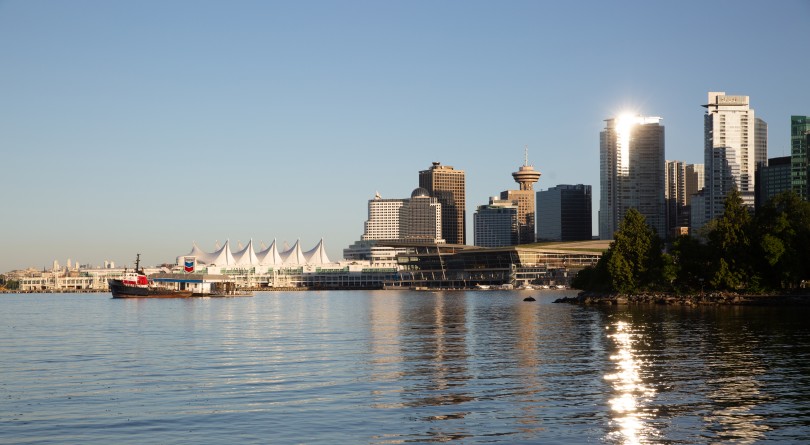 The city of Vancouver. (Photograph by Jackie Dives)

It’s the opposite of an American rust-belt wasteland of shuttered factories, and it’s nothing like one of those seething immigrant banlieues of Paris. But Metro Vancouver, in its way, with its Ferraris and Lamborghinis and its glorious backdrop of the mountains and the sea, is just as much a case study in the dark, broken and ugly side of globalization.

At least 20,000 Vancouver homes are empty, and nobody’s really sure who owns them. The rental vacancy rate is less than one per cent. Another 25,000 residences are occupied by homeowners whose declared taxable household incomes are mysteriously lower than the amount they’re shelling out in property taxes, utilities and mortgage payments. The Canada Revenue Agency estimates that about $170 million in taxes went uncollected from British Columbia real estate over the past three years.

Non-residents own roughly $45 billion worth of Metro Vancouver’s residential properties, and non-residents picked up one in five condominiums sold in Metro Vancouver over the past three years. That much is known. But Transparency International reckons about half of Vancouver’s west-side residences are owned by mystery trusts or shell companies.

The Canada Mortgage and Housing Corporation considers housing “affordable,” whether in rent or in a mortgage and related costs, if the outlay amounts to less than 30 per cent of household income. In Metro Vancouver, homeownership costs amount to 87.8 per cent of a typical household’s income, according to RBC economists Craig Wright and Robert Hogue. That’s the worst level ever recorded anywhere in Canada.

Vancouver has also become a major global hub for organized crime networks based in China. They are the primary source of the opioids that killed nearly 4,000 Canadians in overdoses last year. Vancouver is ground zero in the fentanyl crisis. Opioid overdose is now the top cause of death of Canadian men in their 30s.

“These are the wrenching human consequences, the growing pains if you will, of the great transformative forces of the past 40 years,” Foreign Affairs Minister Chrystia Freeland said during a recent speech in Washington, D.C. In enumerating those human consequences, Freeland could have been describing Vancouver: “Median wages have been stagnating, jobs are becoming more precarious, pensions uncertain, housing, child care and education harder to afford.”

Part of Metro Vancouver’s problem, as Britain’s Tax Justice Network noted in its most recent Financial Secrecy Index, is that Canada’s financial system is even more opaque than Russia’s or China’s, and the federal government has largely ignored Vancouver’s dysfunctions. But B.C.’s provincial government has been worse.

In a scathing 247-page report released in late June, former RCMP deputy commissioner Peter German set out in grisly detail the corrupt and seedy workings of the “Vancouver model,” as the lucrative pathology came to be known during the years Christy Clark’s Liberals were in office in Victoria. The proceeds of international crime, in hockey bags filled with bricks of fentanyl-tainted $20 bills, were laundered through casinos Victoria was pretending to regulate. The returns were then routinely sunk into shadowy real estate investments, then reinvested back into crime again. Round and round it went.

German’s report, aptly titled “Dirty Money,” is just the first half of the assignment British Columbia NDP Attorney General David Eby handed him. German’s next phase will delve into the impact of all that dirty money sloshing around Metro Vancouver’s real estate and property development industry.

In releasing German’s report, Eby said Clark’s Liberals simply “turned a blind eye” to the squalid goings-on in the casinos. His assessment was far too charitable. In 2009, the provincial Integrated Illegal Gaming Enforcement Team was disbanded after filing a threat assessment asking for expanded powers to look into money laundering by organized-crime groups. Five years later, after raising the same alarm, the senior director of investigations for B.C.’s Gaming and Policy Enforcement Branch was fired without cause. His unit was broken up, its members reassigned.

While all this was unfolding, Vancouver City Council was worse than useless. The hapless mayor, Gregor Robertson, spent most of his 10 years in office loudly disputing the evidence that foreign capital pouring into the city—much of it spirited out of China by quasi-legal means—was a major cause of the real estate craziness. Municipal elections are up in October. Robertson’s bowing out. A motley roster of candidates is now lining up with a variety of ideas to mend Vancouver’s ripped-up civic fabric.

The NDP squeaked into power last year in a minority government with the Green Party, and it’s to the good that one of its first orders of business was to place strict limits on provincial and municipal election spending. In the 2014 civic election, Robertson’s Vision Vancouver party and its Non-Partisan Association competitors raised $5.3 million between them. Their most generous backers were big players in the real estate industry.

Victoria has also brought in a tax on foreign buyers and a hike in property transfer taxes, and a new law is in the works requiring the true owners of real estate to be registered on property titles. There’s also a $1-billion federal-provincial social-housing fund in the works.

But it took at least 15 years to turn Metro Vancouver into a housing-affordability nightmare and a gangland playground. If the damage can be undone at all, it’ll take at least as long to turn things around.

CORRECTION, JULY 7, 2018: An earlier version of this story incorrectly noted the date of the 2014 civic election in Vancouver.