Go vote. The entire election may depend on you.

The chance to influence the direction of our country, its policies and the person who leads us is an empowering opportunity 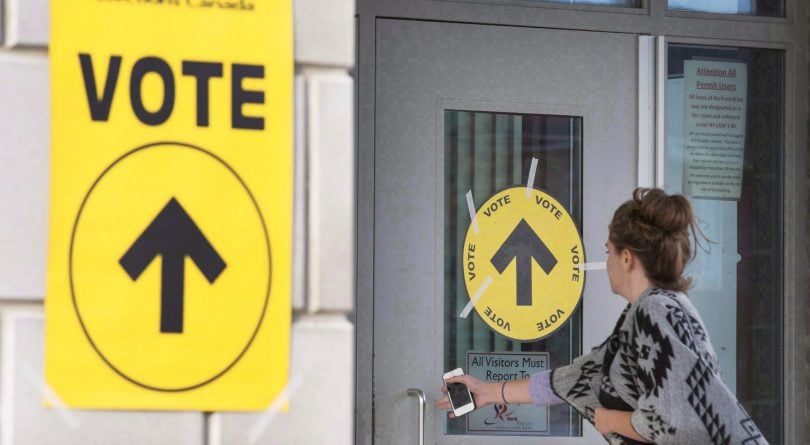 Cautiously optimistic. It seems a perfectly Canadian attitude—positive and upbeat without going overboard.

Earlier this year, the Organization for Economic Co-operation and Development asked citizens from 21 developed countries whether they felt their government listened and responded to their views. The vast majority of respondents around the world said they were deeply skeptical about their ability to influence government—in some countries up to 70 per cent felt ignored. As democracies retreated around the world, according to the OECD, Canadians distinguished themselves by being “cautiously optimistic about their political voice.” Only Norwegians were more confident in their ability to direct leaders and shape public policy.

On the eve of the Oct. 21 federal election, however, it’s time to do better than “cautiously optimistic.”

The simple act of voting ought to be an important moment in any Canadian’s life. The chance to directly influence the direction of our country, its policies and the person who leads us is a profoundly empowering opportunity. Too many soldiers died protecting our democratic freedoms to take this act for granted.

READ: 2019 federal election platform guide: Where the parties stand on everything

There is evidence of movement toward greater optimism in Canada. The last federal election saw an impressive improvement in voter participation: 68 per cent of eligible voters cast ballots, the highest turnout since 1993. The growing popularity of advance polls further suggests many Canadians want to cast their vote as soon as possible. Even more heartening is the increase in two key demographics: young and Indigenous voters. Among Canadians aged 18 to 24 years old, the participation rate rose from 39 per cent to 57 per cent between 2011 and 2015—the biggest hike Elections Canada has ever recorded. And the gap between Indigenous and non-Indigenous voting rates fell to less than five percentage points; as recently as 2004 there was a 20-point difference.

Beyond these hopeful signs from the last election, there are many more reasons for Canadians to get excited about democratic decision-making. The platforms of all major parties have properly zeroed in on a few key aspects of Canadian life: housing affordability, the tax burden, raising children and assisting low-income Canadians. But how the parties intend to tackle these issues varies widely. On taxes, for example, the Liberals and Conservatives both promise tax cuts of equivalent size but differing implications; the Greens and New Democrats mostly offer tax hikes to fund other initiatives. Choose your own adventure.

This election will also require voters to add their voices to matters far beyond the dining room table. How will Canada address the climate crisis? Are energy projects that cross provincial lines a thing of the past? And what of defence, agriculture, Indigenous issues? Whoever wins this election will also have to chart a tricky foreign policy path, given that we have fewer reliable allies and many potential opponents—including an unpredictable U.S. President Donald Trump and a bullying China. Who best to face these challenges?

Need one more reason to get involved? The entire election may depend on you. Safe seats are increasingly scarce this time around. According to projections by Maclean’s contributor Philippe J. Fournier of 338Canada, 62 seats are considered toss-ups as of press time. Such a high degree of uncertainty means this election is still very much up for grabs.

Every vote matters. Especially yours.

This article appears in print in the November 2019 issue of Maclean’s magazine with the headline, “Just vote.” Subscribe to the monthly print magazine here.