Opinion: Much of the Naylor report discussion has focussed on funding. But Canada also needs to overhaul its fundamental research enterprise 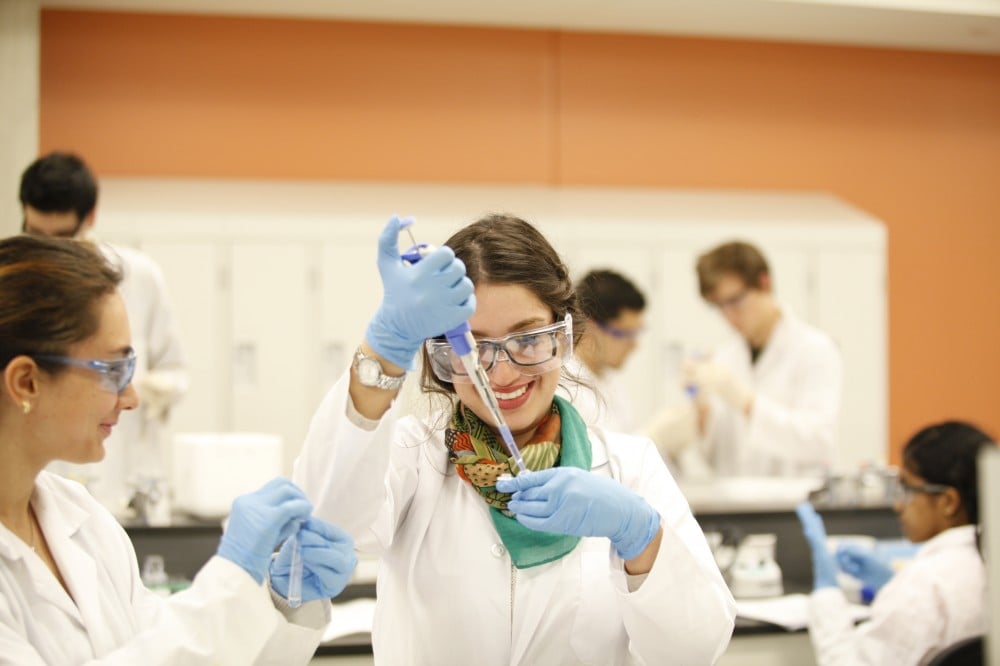 Sara Abdi and Negar Labbae do some protein sampling at a lab in York University.

Alan Bernstein is the president and CEO of the Canadian Institute for Advanced Research (CIFAR).

Twenty years ago, Canada embarked on a bold journey that profoundly transformed Canada’s fundamental research enterprise. The result was a significant increase in overall funding and support for fundamental research. But that transformation wasn’t just about money: It also profoundly changed the landscape for research in Canada. New agencies to fund research infrastructure, health research and genome science were created as were new programs like the Canada Research Chairs, the Indirect Costs Program and the Canada First Research Excellence Fund. These changes were not easy; real change rarely is. For example, the creation of the Canadian Institutes of Health Research (CIHR) in 2000 was the culmination of an intense and difficult national discussion that lasted almost two years.

Research today is fast-moving, increasingly international, interdisciplinary, and collaborative, and we need equally bold and visionary change that recognizes that the style and tempo of research has changed significantly in the intervening 20 years. In addition to supporting individual investigators, we need mechanisms that cut across disciplines and organizations to support national and international initiatives that encourage the free flow of people, ideas and techniques across the entire research enterprise. Collaboration across disciplines and national borders has become the modus operandi of modern science. As Jeremy Farrar, the chief executive of the U.K.-based Wellcome Trust, wrote in the Guardian newspaper recently: “Bringing people together from diverse backgrounds leads to new ways of thinking and faster progress.”

Canada now has a unique opportunity to modernize our research enterprise. The recent release of a report—by a blue-ribbon panel appointed by Kirsty Duncan, the federal science minister, and chaired by David Naylor, who lends the report its name—has provided a timely and thoughtful starting point on how Canada can best modernize its fundamental research enterprise.

The discussions following the release of the Naylor report have focused largely around a single recommendation: the need for more money for research. That is understandable as the barriers to entry, especially for young investigators in fundamental research—who are frequently the leaders in making profound breakthroughs in knowledge—has become too high. Why would any ambitious young person choose a career in science if the odds of securing a grant are only of the order of 8 to 12 per cent in health research, or if the average amount of support for discovery research in the physical sciences has, according to the Naylor report, remained relatively unchanged for the past decade, at less than $35,000 per year, and is lower today than in the early 2000s? We risk losing an entire generation of researchers if we don’t address this situation quickly; we must attract and fund the best young people.

But of the Naylor report’s 35 recommendations, only one was about money. The remaining 34 dealt with the landscape for the support of fundamental research in Canada. In my judgment, that issue is as important as funding. Money always flows to good ideas; just look at the enormous increases in the support for research that occurred in the 10 years between 1997 and 2007. But changing the landscape requires vision, commitment and leadership—qualities that are always in even scarcer supply than money.

Canada has two examples we can learn from. First, as noted above, we should follow our own example from 20 years ago. And second, we should look to other countries to see how they are responding to these changes. The U.K. government, for example, recently introduced sweeping changes that brought together eight separate agencies into a single entity overseen by a single board and chief executive. That new entity, UK Research and Innovation, provides funding for both research and innovation.

The U.K. example may seem too ambitious for Canada. But the United Kingdom, whose research enterprise is arguably the best in the world—it wins Nobel Prizes almost yearly—decided to do just that. The Naylor report apparently considered such changes but shied away from them because it decided that the resulting uncertainty and upheaval that might occur was too risky at the present time.

We don’t have the luxury of complacency. If we simply tinker with our current structures, we risk losing the progress we have made over the past 20 years. Canadian research and especially the careers of our young investigators are too important to wait for yet another committee and further study.

The Naylor report correctly diagnosed the challenges facing Canada’s current system for the support of university research: it has grown organically over the past 20 years, with the result that there are too many agencies (which rarely collaborate) with cultures, rules and requirements that are unique to each agency, each with vastly different success rates, value of grants, and partner requirements. The result is that the system is difficult to navigate for our researchers and even more difficult to understand for parliamentarians and Canadians.

The resulting lack of coordination has compromised the ability of Canada’s research system to think and act strategically. When I was president of CIHR, we found it easier to develop partnerships with Australian and New Zealand agencies on the health challenges shared by the Indigenous peoples in our three countries than we did to collaborate with our Canadian sister agencies on much less complex issues.

At present, our researchers spend too much time writing grants or trying to find a required private sector partner, because the value of funded grants is too small or the odds of getting a grant are too low. The researchers do not have enough time to do science.

This is an opportune moment for Canada to align our research enterprise with the collaborative, interdisciplinary and international nature of modern research. Our renewed research enterprise should include robust mechanisms to develop and fund crosscutting initiatives made up of interdisciplinary and perhaps international research teams, and it must be able to address national and global challenges and opportunities. And whatever agencies remain going forward, there must be real mechanisms, not just committees—which lack both sticks and carrots—to ensure that our core agencies work effectively and enthusiastically together.

There is understandable concern within the research community that an emphasis on collaborative and crosscutting research detracts from the creativity of individual investigators. But I am not making an either/or argument; I see no tension between supporting both individual scientists and collaborative teams. Indeed, our experience at CIFAR is that the best teams are simply made up of outstanding scientists. Whatever system of research governance is put in place, it must support both individual researchers and teams; both have essential roles to play in the research ecosystem. But at the moment, we lack the structures and culture to respond to many of today’s most exciting science and societal challenges. They increasingly lie at the boundaries between disciplines and demand collaborative interdisciplinary approaches for their solution. 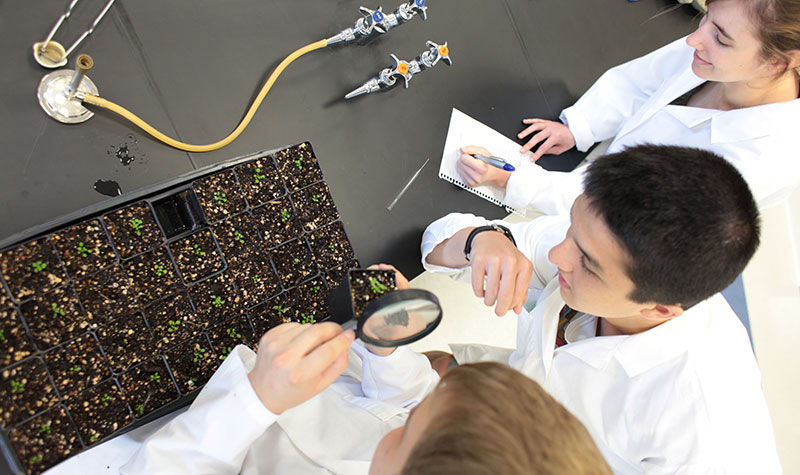 Students in a lab at McMaster University.

The mandate and focus of the Naylor report was the federal landscape. But our universities and research hospitals also have to respond to today’s style and tempo of research, reflecting new forms of communication, the importance of interdisciplinary research, a move away from discipline-grounded to problem-based research, and the preference of young people to work together in a collaborative environment. The promotion and tenure structures at universities must take into account the fact that much of fundamental research today is problem-based and is carried out by interdisciplinary teams. Our young faculty should be encouraged, not penalized, for working in teams. The Laser Interferometer Gravitational-Wave Observatory (LIGO) team, which won this year’s Nobel Prize in Physics for discovering gravitational waves, was made up of about a thousand investigators from many countries. These changes need to be discussed and championed by our academic leaders. Universities could learn a lot from the private sector, which is responding by evolving its culture to reflect the need to attract and retain young talent.

In a recent speech in Toronto, former U.S. president Barack Obama spoke about the need for international collaboration to address the global challenges confronting the world. As he and others have noted, there is no challenge more pressing and more global than climate change.  No one country and no single approach will solve this problem. It requires international cooperation and active collaboration. And it won’t be addressed by policy makers or by scientists acting alone; it will require a concerted international effort of laboratory scientists, social scientists, engineers, policy makers and others working together. Even within the laboratory area, CIFAR has assembled an interdisciplinary team of some of Canada’s and the world’s top chemists, physicists, engineers and biologists, working together and with artificial intelligence researchers to design and test new materials that will lead to the disruptive technologies for solar energy harvesting and storage. Canada is now superbly positioned to take a leading role in addressing this global challenge. For if we don’t, who will?

MORE: Canada is getting in its own way on gender equality in science

The political instabilities in the U.S. and U.K., and the resulting closure of doors and minds, make it even more important that Canada builds an open and porous research and innovation enterprise that values fresh perspectives, diversity and collaboration.  This is our time to assume the mantle of global leadership with other like-minded countries and organizations that share our values and recognize the importance of science to addressing current challenges.

The Canada150 and Canada CIFAR AI Chairs programs are an excellent start. But we will be successful only if we build a research enterprise that understands and values the foundational role that fundamental research plays in our society; reflects how modern research is actually carried out today; places the highest value on both individual excellence, diversity and a bold mindset; responds effectively to the exciting scientific opportunities that lie ahead; provides opportunity for young researchers; and addresses national and global challenges. How we modernize our research landscape to best address the exciting research questions of the 21st century and the challenges facing Canada and the world is an important conversation, not just for the research community but for Canada as a whole.