Chris Turner: Alberta's economy is in turmoil, and Kenney’s cabinet spends its time waging a war against those who were allegedly disloyal to Alberta's oil and gas sector 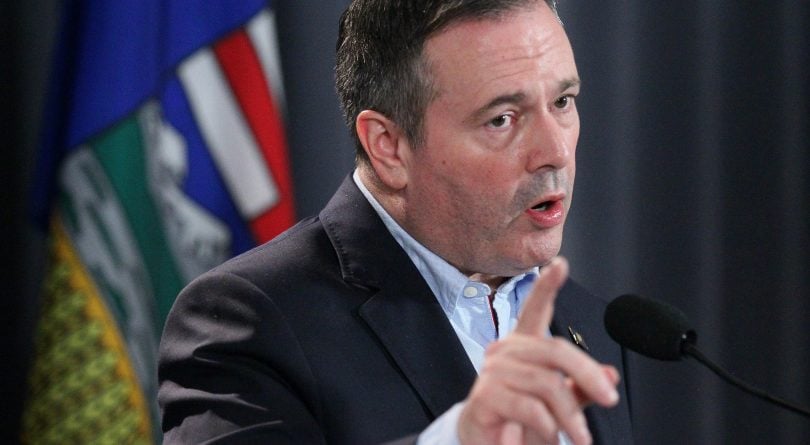 Chris Turner is a freelance writer and author. His most recent book is The Patch: The People, Pipelines & Politics of the Oil Sands.

Quick: What do you remember about the 2004 federal election? The Liberals cut back to a minority? Stephen Harper’s first federal campaign as Conservative leader? Maybe you even recall the debut on the national stage of an ascendent Jack Layton. It’s unlikely, though, that you remember the name of the NDP candidate who came a distant third in the federal riding of Lethbridge. Who, after all, would hang onto a detail like that for 15 years?

The answer is Jason Kenney.

On Nov. 25, Alberta’s premier revealed his extraordinary skill at electoral trivia in a debate with opposition leader Rachel Notley during Question Period. Over the course of several exchanges of pleasantries, Notley ran through a laundry list of pundits and experts who all agreed that Bill 22, which among other things would dismiss the election commissioner investigating fraud allegations against Kenney’s party, was a profoundly undemocratic piece of legislation. She named three newspapers and then five pundits, and each time Kenney responded by suggesting Notley was the real enemy of democracy for trying to bring the Lieutenant-Governor into it.

But then Notley quoted the criticism of three political scientists, including a University of Calgary associate professor named Melanee Thomas, and Kenney seized the opportunity to demonstrate his astounding memory for obscure provincial political facts. “It’s so sad over there,” he said, “that they’re now resorting to quoting NDP candidates like Ms. Thomas as objective sources.”

Credit where due: Kenney’s retort was accurate. In 2004, Melanee Thomas ran for the federal NDP in Lethbridge. Then the election campaign ended, and she spent several years earning a PhD in political science and several more teaching at the University of Calgary. To most eyes, this marks her as an academic who dabbled in politics in her youth. But to Jason Kenney, for whom campaigns never end, it negates her expertise entirely, reducing her to a partisan pawn in a Manichean with-us-or-with-the-socialists battle he’s been waging since the moment he landed back in Alberta to unite the provincial right and banish enemies of the United Conservative state to the dustbin of history.

“To be directly targeted by a head of government is chilling,” Thomas wrote on Twitter. “It is more so when that person is responsible for your institution’s funding and has just gutted its budget for the current fiscal year.” (The University of Calgary had already announced it would be cutting 250 jobs the week before Kenney’s callout, and layoffs began a few days later.)

Less than a year into his mandate, Kenney appears to be adopting the approach to political opponents practiced by the late Republican Senator Joe McCarthy in his hunt for un-American activities—guilt by association, loyalty tests, party affiliation as a permanent stain, the hyperbolic conflation of any and all criticism of the government with an outrageous offence verging on treason. In Kenney’s case, though, there’s a style and intent that seems less like the purging of a bureaucracy than the offhanded point-scoring and intellectual rigour found in the partisan corners of social media. Truth is irrelevant; the only thing that really matters is that your team knows who to boo and hiss in the next game. Let’s update it for the digital age and call it Facebook McCarthyism.

The University of Calgary’s long-lapsed federal NDP candidate was far from the first critic of the Kenney way to endure such partisan smearing. A few days after the federal election, for example, Kenney’s justice minister took to Twitter to vilify Calgary Mayor Naheed Nenshi as “Trudeau’s mayor” for having the temerity to offer to meet with the prime minister. On the campaign trail in the spring, Kenney’s United Conservative Party targeted the former director of the Pembina Institute, Ed Whittingham, after he was appointed to the board of the Alberta Energy Regulator. In a UCP press release, Whittingham was called out as “a foreign-funded, anti-oilsands, anti-pipeline activist.” His crime? Running a moderate environmental organization that many in the oil patch had long considered a fair referee and some even contracted as a consulting partner.

This, of course, is the most common thread uniting the enemies on the Kenney blacklist: alleged disloyalty to Alberta’s oil and gas sector. (I’m obliged to note that in 2012 I ran for federal office in Calgary as a Green Party candidate, and so I assume that places me on the list as well.) Among Kenney’s first acts in office were the establishment of a $30-million “energy war room” and the commissioning of a $2.5-million inquiry to hunt down the “foreign-funded radicals” who had infiltrated Alberta’s body politic and infected it with a virulent strain of dissent from the UCP party line on pipelines and new oil and gas development.

The accuracy of such critiques—or of their origin and intent—is of no consequence. Criticism of the industry is treated as tantamount to an attack on the government and the province as a whole. Though thoroughly debunked, the work of Vivian Krause—alleging a grand conspiracy to landlock Alberta’s oil, orchestrated by one tiny American environmental group using sinister Rockefeller money—is gospel.

Last week, the education minister uncovered a high school test question of unclear provenance that dares to employ a quote denigrating the environmental record of the oil sands by way of teaching school children the black art of critical thought. The shock of it has inspired talk-radio host Danielle Smith to take to the pages of the Calgary Herald calling for the firing of any teacher involved. She appears to be half-kidding—maybe.

The joke, in any case, is on Alberta’s future. At a time when the global energy industry is rethinking its priorities and investors are reconsidering their calibration of risk, the Alberta government is swatting at straw men with the names of American philanthropists pinned to them. The province’s economy is in turmoil, its government’s finances in disarray, and Kenney’s cabinet spends its time hunting down thought crimes in high school test papers and memorizing the names of academics who once ran for office under another party’s banner.

In his 20 years in Ottawa, Jason Kenney earned a reputation as a savvy strategist and whip–smart minister. Kenney’s behaviour as premier obliges us to assume this Facebook McCarthyite turn is all elaborate political theatre—a way to keep his opponents and the public in general off-balance and distracted while his government rams through a pile of jarring cuts and changes. But as the great satirist Kurt Vonnegut once wrote, “We are what we pretend to be, so we must be careful about what we pretend to be.” Not even a year into his mandate, Kenney’s act is already doing real harm off-stage.