Before You Go: Chris Inchley spent thousands of hours on Sea Kings, the military helicopters that served Canada for 55 years. He piloted the final Sea King flight in service to Canada. 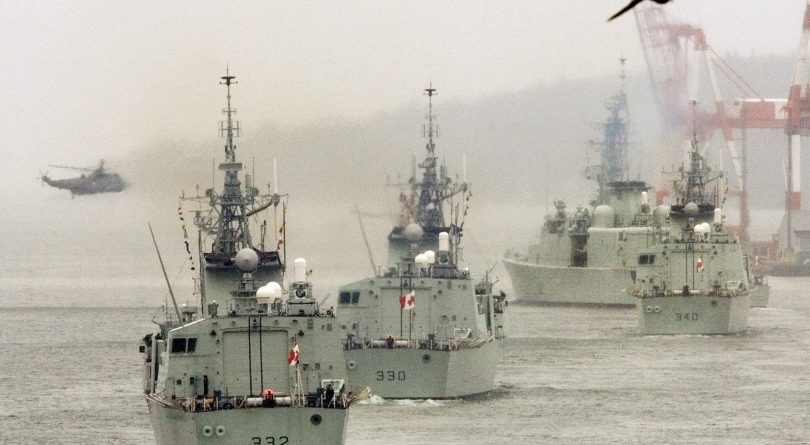 Maj. Chris Inchley of the RCAF logged more than 3,000 hours flying the venerable Sea King helicopter, and then got to make its very last landing in Canada.

When, as a self-confident 20-year-old, I joined the Royal Canadian Air Force in 1999, all I wanted to do was fly jets. But life has a way of leading you to where you need to be.

The seeds were planted throughout my training by those who knew the Sea King helicopter. Ex-Sea King crews would talk of their days flying in all sorts of interesting places around the world. Stories of landing on the back of small ships at night in rough seas always captured people’s attention. By the time I finished Phase 2 of pilot training in Moose Jaw, I knew where I wanted to be. I was selected for helicopters and my path to Sea Kings began.

By the time I was posted to 423 Maritime Helicopter Squadron in Shearwater, N.S., in May 2004, I had yet to lay eyes on a Sea King, even though they had been in service for 40 years by that point, so I really didn’t know what to expect. I soon found out that they’re big, much bigger than the Jet Rangers I had learned to fly helicopters on. They also smell of oil and exhaust, a smell that’s quite unique to a Sea King. In fact, the smell was what most people commented on during the retirement events on Dec. 1, 2018. When you have flown Sea Kings, it’s a smell you end up loving, that you miss when you move on, and that immediately brings back memories of your early days in the Maritime Helicopter community and the adventures you had with those who shared the experience.

READ MORE: The Royal Canadian Navy to the rescue!

Of the 41 Sea Kings that Canada had purchased, the first four were built by Sikorsky in the U.S., with all remaining Sea Kings built in Montreal, starting with aircraft 12405. The helicopter was designed as a Cold War submarine hunter, but the venerable Sea King evolved over the years to take part in several different missions, both in Canada and around the world, including search and rescue operations, disaster relief, fisheries patrols, counter-narcotic operations, and counter-piracy operations, to name a few.

The final 12 months of Sea King operations saw a continued demand for the most operationally deployed aircraft in RCAF history. I started the year with 268 hours to go until I could log my 3,000th hour. I had surpassed 268 flying hours in a year only three times in my 14 years on Sea Kings. However, I was fortunate enough to fly aircraft CH12404 from Halifax to Victoria, logging more than 50 hours in April. In November, I departed Victoria on my 40th birthday with CH12405 to fly to its final destination: the National Air Force Museum in Trenton, Ont. I logged my 3000th Sea King flight hour on the last leg of that trip. 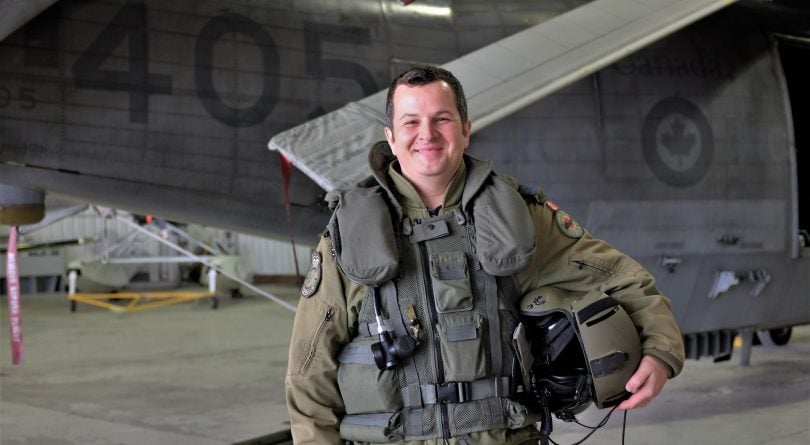 Maj. Chris Inchley with Sea King CH-12405 after flying it from Victoria to Trenton, to deliver the aircraft to its final destination at the National Air Force Museum. (Captain Brian Norwick/DND)

With my 3,000-hour milestone behind me, I could focus on the final 30 days of Sea King flying. The retirement events on Nov. 30 and Dec. 1 in Victoria were an incredible experience. I had the opportunity to meet multiple generations of Sea King crews and maintainers. I reconnected with old friends and met new ones, all of us sharing a love for a machine that had now been in service for more than 55 years. We spent the final weeks flying over 35 hours of Shipborne Air Controller training missions in support of the Royal Canadian Navy, a task the Sea King had done many times before.

The official retirement of the Sea King was on Dec. 31, 2018, but the final planned flights were to take place on Dec. 17. The week before was spent planning and briefing for a four-ship formation flight. This involved all four of the remaining Sea Kings still in operation at 443 Maritime Helicopter Squadron flying in formation for two-and-a-half hours over southern Vancouver Island. While we had all done plenty of formation flying in the past several months, a four-ship was a first for me and many others who participated.

On the morning of Dec. 17, I started the day like many others. I had breakfast with my family, got my flight suit on, and drove into work. I had a few bouts of nervousness, lots of excitement and lots of emotion while thinking of all the people I had flown with and the thousands of air crew and maintainers who had walked the path before me. I was the aircraft captain of No. 4 in the formation, which doesn’t sound all that significant and, for the most part, wasn’t really. We just followed the aircraft in front of us and made sure we didn’t contact them.

The final minutes of the flight would be the most significant for me. The formation would land in sequence, and No. 4 would be the last Sea King in the air in service of Canada. Of all the hundreds of thousands, probably millions, of landings in the history of the Sea King, I got to land the last one.

It was an absolute honour and privilege to end the storied history of the Sea King. Over 14 years and 3,015 1/2 hours of flight time in Sea Kings, the aircraft never failed to bring me home safely. So while the Sea King has had a checkered history and some high-profile incidents, and has been a political football at times, I am incredibly proud to have flown them. To the Sea King, I thank you for bringing me home one last time and for your incredible 55 years of service to Canada. Farewell to the King.

FILED UNDER: Before you go Editor's Picks Opinion Sea King