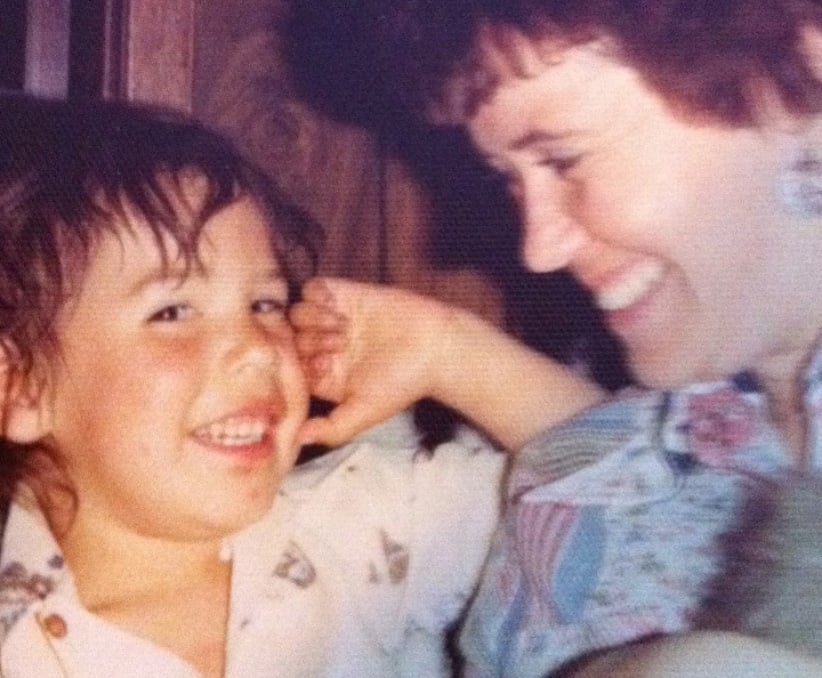 Tasha Hubbard and her adoptive mother.

When I was 14, my adoptive mother asked me if I wanted to find my birth parents. I wonder now what the cost of that question was for her.

In 1973, she and my adoptive dad came to Saskatoon from their farm near Avonlea to pick me up, a crying three-month-old. It was a hot July day. My mother figured out that I was crying because I was hot from wearing three layers of clothing—likely all that I possessed other than a locket my birth mother intended for me.

I was one of the few fortunate ones. My adoptive family loved me. But over the years, I have been told numerous stories of other fostered and adopted Indigenous children who were part of the Child Removal System, also known as the ’60s Scoop. Many of these children were not given the love they needed. Some were adopted to be free labour. Some were adopted as a status symbol. Some were beaten and sexually abused. Many were shamed repeatedly for their brown skin and dark eyes.

The answer to my adoptive mom’s question was yes. We spent almost two years trying to connect with my Cree father and Saulteaux and Cree mother. In the end, we hired a Cree lawyer and he found my mother in two weeks, and my father turned out to be the lawyer’s friend. My mother came to our house three days after my 16th birthday; my father came to visit three weeks later.

One day, I will tell my story on film, but I am not quite brave enough yet. This is why I am in awe of the courage of the four siblings who allowed me to film one of the most significant moments of their lives, as part of the documentary Birth of a Family: the first time they were ever together in the same room. It happened to be at the Calgary airport where my crew and curious onlookers all witnessed a hug that was more than that. It was a victory, a thumbing of the nose to the Canadian and provincial governments that decided to extend the residential school system to a more pervasive policy of permanently removing children from their families, which intended that children would never go home, never know their Indigenous history, culture, and language, never be able to reach over and hug their little brother, big sister, their mom, or their dad.

The four siblings’ mother, Mary Jane Adam, was a Dene woman from Fond du Lac, Sask., and she died before this hug happened. So the film shows Betty Ann, the eldest child who orchestrated this family union, taking her younger siblings on their first family vacation in the mountains of Banff National Park. Throughout their week together, she tries to teach her siblings about their mother and their heritage. They share photos of each other growing up, and compare the way they look alike. These are poignant moments; over the trip, they realize they should have been together all of that time and feel robbed of moments lost. And so the film is their attempt to make up for it all: the sibling arguments, the family holidays, the birthday parties, the love. 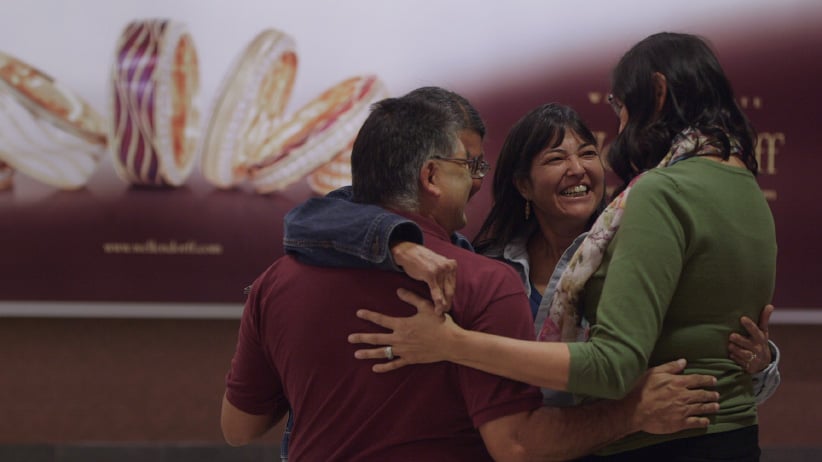 The siblings meet all together for the first time in person, in the documentary, ‘Birth of a Family.’ (National Film Board of Canada)

It reminded me of when I met the first of my ten siblings for the first time. I was 16; they were all younger than me. They were excited; I was confused. In my head, I knew they were my siblings, but I didn’t know how to feel about them. This confusion continued on until I was 22, when I met my last sister. I was lucky that I found my siblings when I was young, and I’ve had time to form a bond with most of them. I think the Adam siblings wish they had more time, as they are all in their 50s.

I met Betty Ann through our work, but I have no doubt we would have met somehow. That is how it seems: those of us who were fostered or adopted manage to find each other. We know what it is like to be different wherever you go. You are different, often visibly, than your adoptive or foster family. And for those of us who do manage to find our birth families, we still feel different because of how we were raised. And tragically, because of the longstanding assault on Indigenous families, these reunions don’t always go well.

I recently spoke with a social worker who knows my birth mother and who remembers when I came back. She told me that the State is a bad parent. I keep thinking about her words. Because Canada has interfered for so many generations, Indigenous people are left with a unique pain that most Canadians can’t understand, if they even try. 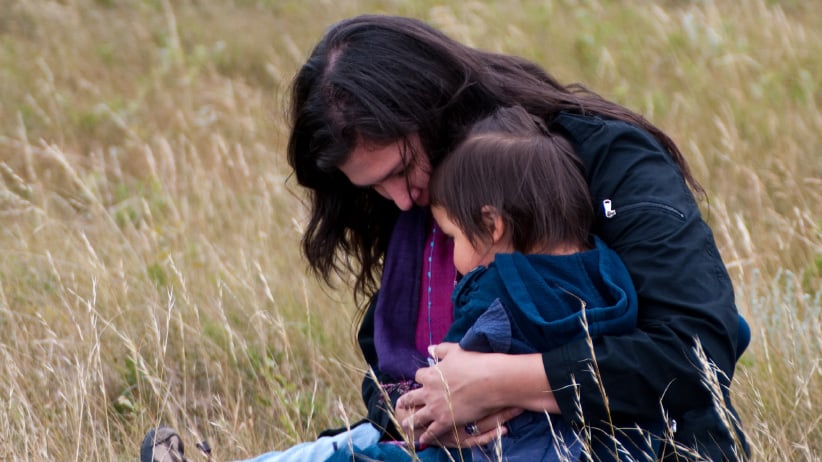 Tasha Hubbard and her son. (Photograph by Colleen Leonard)

I have a son. His dad is a residential school survivor. When my son was three years old, he asked to learn Cree. I told him that we would go visit his mosom (his grandfather), who is a fluent Cree speaker. My son said no—he wanted me to teach him. And that is how our families worked for centuries: mothers were the first teachers, and they taught their children the language that holds our knowledge and philosophy. While I have tried to learn Cree, it hasn’t come to me yet, and I had to face my child and tell him that I couldn’t be his teacher. I can’t fulfill my role. That is my pain.

While I try to always acknowledge my history, I try to look ahead too. I was able to hold my son extra tight on his sixth birthday and I cried, as that was the age when children were taken to residential school. I delight in his love of the land and how he learns from traditional teachers. I am proud of how proud he is to be nêhiyaw, because so many were taught to be ashamed. But it is the State, that terrible parent, who should be the one to feel shame. And now, as his parent, I teach my child that when someone does something wrong, then they are to make reparations. I wait for the day that the State remembers that too.

Tasha Hubbard is an assistant professor at the University of Saskatchewan, a filmmaker, and the director of Birth of a Family, which will premiere at the Hot Docs Festival on May 2.