Roseanne Barr's fall was as righteous as it was inevitable

Tabatha Southey: Another racist tweet spurred ABC to quickly cancel Roseanne's TV show. So why do people keep finding ways to spin it? 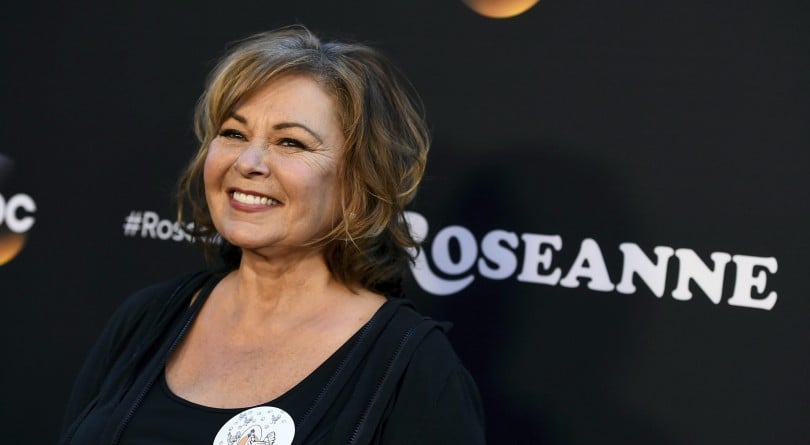 In this March 23, 2018, file photo, Roseanne Barr arrives at the Los Angeles premiere of "Roseanne" on Friday in Burbank, Calif. (Photo by Jordan Strauss/Invision/AP, File)

On May 29, following the latest in a long line of outbursts from comedian—and racist—Roseanne Barr, ABC cancelled the reboot of her self-titled sitcom. Roseanne would not, as had previously been announced, be renewed for a second season. Bob Iger, the CEO of the Walt Disney Company, which owns ABC, described her tweets as “abhorrent” and “repugnant.”

In her series-tanking tweet, the TV star—and avid spreader of bizarre, often anti-Semitic conspiracy theories about international pedophile rings conspiring with American civil servants to thwart Donald Trump—described Valerie Jarrett, a Black woman and senior advisor in the Obama White House, as the child of the “Muslim brotherhood & Planet Of The Apes.” That would seem to have been the straw that broke the network camel’s back, a camel that had shown remarkable, even super-camelean, fortitude up until that point.

Clearly, the weight of Roseanne having tweeted about another Black woman back in 2013—”Susan Rice is a man with big swinging ape balls,” she wrote—obviously didn’t make the camel break its stride; ABC signed her to do the show all the same. Roseanne’s penchant for spreading the theory that Hillary Clinton was at the centre of a cabal of cannibalistic pedophiles operating out of a Washington D.C. pizza joint should possibly have been taken as another indication that some kind of career-ending tweet was inevitable—but then, maybe her tweets were part of her appeal to a network said to have been worried it wasn’t locking down the “lock her up” demographic.

Roseanne’s long history of abject transphobia should also have been a clue that her triumphant return might end like this, much the way a taped confession of “I totally did it in the library with the candlestick, ask the professor, he saw everything” is a clue.

All of which is to say: while I applaud ABC’s decision to cancel the series without subjecting everyone to a week of “Will they or won’t they dump the racist now,” my sympathy for the network is limited. On top of everything else, they’re the ones who landed us with so many dangerously hot takes in the wake of Roseanne’s cancellation.

When physicists focused the world’s most powerful X-ray laser on a piece of aluminum, they heated matter to 3.6 million degrees Fahrenheit (2 million degrees Celsius), making it for a moment the hottest thing on Earth. I bet those physicists are now feeling kinda silly. How does lasered aluminum even begin to compete with the takes generated by a number of Supreme Arbiters of What Is And Is Not Racism, or as they are more commonly known, “aging, conservative white men”? A number of these gentlemen took a break from explaining how racism is over—I mean, there was a Black president and everything—to sagely declare that this thing Roseanne had done was the official “Thing We Will Acknowledge As Racist To Prove We Are Not Racist Ourselves Before We Go Back To Complaining About the Scourge of Identity Politics of 2018.”

Writing on his personal website, former Fox News personality and professional sexual-harassment suit settler Bill O’Reilly saw it this way: Statements like Roseanne’s aren’t victimless, and attacking Valerie Jarrett in such a “gross personal way” caused genuine harm. To whom? Why, to “everyday Caucasian folks […] described as having ‘white privilege’ by ideological loons.” Now, O’Reilly complained, “the false generalizations are harder to refute.” Worst of all, by sending “a signal to the nation’s 46 million African-Americans that white racism is indeed alive and well,” Roseanne made “football players protesting the American flag … more confident in their dissent.”

Be careful, this scalding hot take warns, lest managing to star in a network sitcom despite—or arguably because of—being an open and unashamed racist until your racism becomes just a bit too blatant gives people the impression that white privilege played a part in your success. Roseanne Barr deserves to lose her show, O’Reilly seems to believe, because she failed to maintain plausible racism deniability, and in so doing risked hurting O’Reilly’s case that Black athletes peacefully protesting the repeated killings of unarmed Black people by police officers should just shut up, stop “dissenting” and play games for his amusement.

An essay by Todd Starnes of Fox listed all the people he feels ought to have lost their shows before Roseanne, and noted that Barr’s tweet was “detestable and racist.” But, he asks: “Did ABC Entertainment go too far when it canceled her television show?” Roseanne, after all, “attracted a huge audience of gun-toting, flag-waving, blue collar Trump supporters” because Roseanne’s “rhetoric… appealed to Middle America.”

Again, he’s not saying Roseanne Barr shouldn’t have been fired. He’s just certain that the reason ABC executives chose to cancel the show called Roseanne, starring the woman named Roseanne, instead of just firing the eponymous star and executive producer and selling the world on The Show Formerly Known as Roseanne, But She’s Gone Now, Whoops, Sorry About the Racism, was because “Network executives could not stomach the show’s ‘deplorable’ viewers.” And that’s the real bigotry in this story.

Tucker Carlson apparently missed the memo that you’re supposed to condemn Roseanne’s racism before comparing her critics to genocidal fascists. He explained how Viacom and Hulu’s decision that now is a bad time to air old Roseanne reruns is a lot like Nazi book burning. The series, Carlson complained, was being “disappeared forever” possibly being “burned somewhere in a public bonfire so the rest of us can gather in our uniforms and chant slogans while that happens.”

Normally I’d frown upon comparing Hulu not serving up old sitcom episodes to Nazism, but credit to Carlson for working a literal fire into his hot take.

The actual no-kidding President of the United States threw in a hot take of his own, recognizing the true victim in this whole affair: Himself. The most powerful man in the world tweeted “Bob Iger of ABC called Valerie Jarrett to let her know that ‘ABC does not tolerate comments like those’ made by Roseanne Barr. Gee, he never called President Donald J. Trump to apologize for the HORRIBLE statements made and said about me on ABC. Maybe I just didn’t get the call?”

Fox contributors and world leaders who spend their mornings live-tweeting Fox and Friends weren’t the only ones to throw a flaming take into the ring. Jimmy Kimmel took to Twitter to agree that Roseanne’s words were “indefensible,” but he cautioned that “angrily attacking a woman who is obviously not well does no good for anyone.” “Please,” he implored, “take a breath and remember that mental health issues are real. The Roseanne I know could probably use some compassion and help right now.”

Kimmel neglected, as people very concerned about mental illness in the aftermath of a friend of theirs getting in trouble for saying or doing something awful all too often do, to show that same compassion for the targets of Roseanne’s “unwellness” or many people who live with mental illness without joining in the centuries-long effort to compare Black people to animals in an attempt to justify slavery and more.

READ MORE: The slippery slope of dehumanizing any group of people

Roseanne herself apologized and explained that it was Memorial Day weekend, and she’d taken an Ambien. It’s easy to mock this, but I just took an antihistamine and now I have some things I want to say about the Dutch.

Predictably, Roseanne was held up as just another example of someone cruelly brought down by a “Twitter mob.” This is a bit like arguing against the use of torches and pitchforks before a crowd of people who have just tracked Dracula to his lair and put an end to his centuries of predation upon their gloomy Transylvanian village.

“The Twitter mob is getting more muscular,” warned Scott Gilmore, a Maclean’s editor-at-large who, like many pundits, seems alarmed that public opinion is increasingly formed and articulated by the public, which quite honestly seems to get it right at least as often as the professionals. It “usually takes a full day or even two” to generate enough outrage for people to “call for the offender to be boycotted, or fired, or otherwise punished,” Gilmore wrote. Indeed, in this case, the outrage against Roseanne came in less than 24 hours—outrage that was so brutal that it stopped her from being the star of a major network sitcom and subjected her to horrific “dismay” from TV anchors, “Roseanne sinned,” but in a world of “civil war” and “children being separated from their parents, or politicians being corrupt,” is contributing to the systematic dehumanization of black people really such a crime? Is it “important enough to sacrifice the livelihoods of the hundred-odd people who worked on the Roseanne show,” Gilmore fusses, as though network shows don’t get cancelled for far worse reasons all the time and the people in the industry don’t understand that?

It’s a lot, says Gilmore, like this one time he was seriously tempted to join a “machete-wielding mob” stoning a man to death, this pissed-at-a-racist-TV-star thing. Luckily, a Blackhawk helicopter swooped down and flew the man to safety, leaving him still clutching the stone. “I don’t think I would have ever thrown it,” Gilmore assures us before leaving us with this dire warning: “But, then again, I never thought I would get so agitated about a comedian and her tweets.”

Be careful, we are told. Today you think maybe Roseanne Barr should go from being a wealthy actress with a network sitcom to being a wealthy actress without a network sitcom all on account of her being a racist. Tomorrow you’ll find yourself beating up cops and burning shops. Driven as we are by “dopamine-dealing retweets and likes,” as Gilmore insists is the case, who knows what horror we might unleash next if we don’t pull ourselves together and stop talking about racism on the internet?

I like to think the conversation has just begun.