So you want to betray your boss in the New York Times? Here's what you should know

Opinion: A former senior political staffer on the four questions you should ask yourself before you end-run your boss with, say, an anonymous op-ed 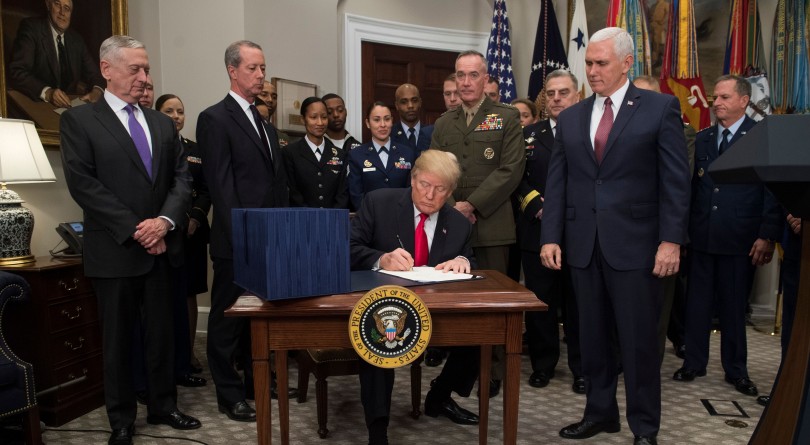 Scott Reid is a principal with Feschuk.Reid, a former director of communications to prime minister Paul Martin, and a sneaky puke.

Perhaps you’ve had time to debate the ethics of this tactic—siding with those who see a patriot toiling to save us from Trump’s full wiggy. Or maybe you share the view that any insider willing to declare the President a public menace has a corresponding duty to actually do something about it.

No doubt you’ve engaged in some speculation about the author’s identity. Did Rudy decide to rejoin Team Sane? Kellyanne Conway? Can’t trust anyone with a husband like that. What about Stephen Miller? No. He is to Trump as Renfield is to Dracula.

Eventually, talk turns to the more technical question of what it takes to pull something like this off. What were they thinking? How did they do it?

Maybe you work in politics and have designs of your own. Inspired by the Oval Office mutineer, perhaps you would like to put pen to paper and clandestinely end-run your boss. But do you have what it takes? Start by asking yourself a few simple questions.

First: are you a narcissist? That one’s easy: Of course you are! Look no further than our friend in the White House. What other kind of creature would even think to declare themselves a national hero for unaccountably undermining the authority of a legitimately elected lunatic, instead of moving to unseat the lunatic? It takes a special kind of person to say, I’m so horrified by the risk this man poses to planet Earth that I’ll take it upon myself to decide what decisions can and cannot be left to him, and that’s better than actually getting rid of him. Better why? Presumably because it leaves you in place to make those decisions, even though you have no lawful or moral authority to do so.

And what’s with the pathological desire to share this information? Instead of being ashamed or scared of detection, why the deep-seated need to be celebrated? Clearly, you crave attention so badly that you’re willing to risk exposure and alert your boss—who might just be the most powerful lunatic in the world—to the fact he’s being rejected, mocked, or manipulated. Maybe he’s not the only lunatic in your office.

READ MORE: Don’t worry, the adults are in the room at the White House. So is Kim Kardashian.

Second: are you a sneaky little puke? Because to pull this off, you’re going to need to be. First of all, you need to reach out to a newspaper and float your op-ed idea. That’s a risky bit of business. They might decide your approach alone is reportable and blow you sky wide and handsome. You’ll need to make surreptitious contact with someone you can trust and on terms you can rely. Are there any phone booths left in Washington?

Then you have to write the damn thing. We all leave unconscious signatures embedded in our use of grammar and vocabulary. One of the first rules any talented leaker learns is to deliberately pepper your backgrounding with the pet phrasings of others. It’s an obvious way to point the finger of suspicion elsewhere. That’s why it was so clever to dump “lodestar” into the text: It’s a stupidly favourite term of Mike Pence’s. Its use drew the Internet like flies, but to the experienced sneak, such an obvious tell was proof positive that Pence is innocent. As if a guy afraid to be alone with women would have the stones for this sort of thing.

Third: are you ready to raise the stakes? It doesn’t take the eagle eye of Sarah Palin to see that the Times op-ed will drive Trump’s paranoia and impertinence to even greater heights. Any unwelcome advice will now be seen as evidence of an attempted coup. The very act of revealing the effort to control Trump guarantees that Trump will become even more uncontrollable. But maybe that was the intention all along—with the mid-terms looming, perhaps the writer was hoping to drive the President through that last mile of madness, sparking such unhinged extremism that voters will rebuke the GOP and finally give Republican lawmakers the spine to pursue impeachment. Perhaps, rather than an act of cowardice, the author’s anonymity was an act of calculation—a necessary risk to stir the hornets that fill Trump’s head in the place of thoughts. It’s a dangerous game though: He possesses the power to set the entire world on fire. Please, always remember to proceed carefully.

Finally: are you prepared to get caught? Because you will be. It’s inevitable. In a world of AI and algorithms, it won’t take long to run through everything that everyone in the Oval Office has ever written, and the involuntary rhythms of the author’s language—and their identity—will be exposed. Did our rebel Republican anticipate that? Did they employ software of their own to scramble their sentences and cover their etymological tracks? Did they buy that software online? A real pro would have.

In fact, a real pro would have used Mike Pence’s credit card.