Comedian Roseanne Barr made a racist comment, but what was surprising—depressingly so—was that she actually faced such swift consequences 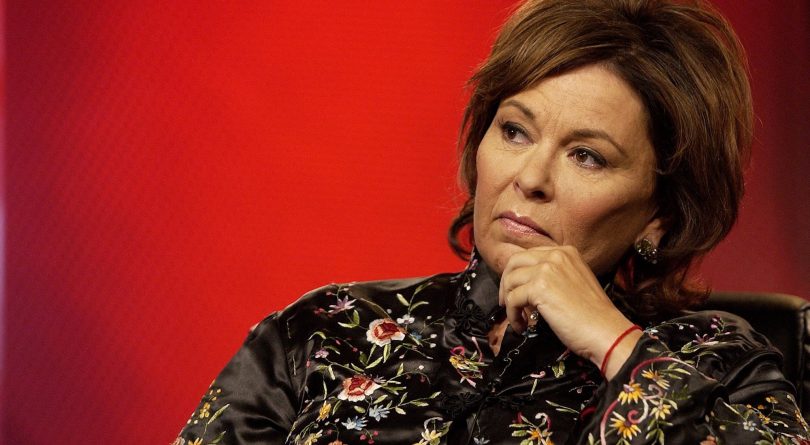 If you ask most people of colour what their thoughts were as they watched the fallout from Roseanne Barr’s racist tweet, you’ll sense a theme: Incredulity. Disbelief. Shock. And a lot of: “Wait, ABC actually cancelled her show? Seriously? That quickly?”

Don’t get me wrong. I was also thrilled when a disgusting racist “joke” actually led to the downfall of the comedian. (A bit irked that her litany of previously made racist, homophobic, anti-Semitic and bigoted comments hadn’t prevented her from getting a show in the first place, but I digress.)

I was ecstatic watching her squirm as she “apologized” and lost her job, anyway. I relished how she was ridiculed for blaming her racism on a sleeping pill which forced Ambien’s parent company to say “racism is not a known side effect” to their drug.

But what I hated was the feeling that what ABC had done was genuinely surprising.

I, like a lot of people of colour, assumed that when Roseanne made that comment, she’d just get a slap on the wrist. A boilerplate response from ABC that stressed how “Ms. Barr’s comments do not reflect our values, but please keep watching our show, anyway.”

When President Trump made/makes/will make racist statements about Latinos, Black Americans, Indigenous peoples or citizens from “s–thole” countries, I don’t have the luxury of assuming that he’ll be held accountable for his statements. It pains me to say this in 2018, but the rest of the racists shouldn’t assume that you can get away with it. And that hinges on this fact: the so-called social-media outrage machine is one of the few weapons people of colour have left.

Racists are increasingly feeling more invincible as they’re emboldened by seeing racists and bigots in power. They can proudly crawl out of their safe bubble of ignorance to spew hatred because they assume they can get away scot-free too. But social-media outrage can lead to a global coffee chain to stop work at 8,000 stores to conduct racial sensitivity training, force politicians to admit they weren’t thinking when they made a racist comment, and now, force a television network to scrap its biggest hit in years. Social media outrage is our Hail Mary.

It’s not enough to say it was “a poorly made joke,” or “we don’t condone it,” or that it was “made in bad taste,” or how this was an example of the “Twitter mob mentality” (including some at my own outlet). Those who downplay or still defend her conveniently forget the dark history of comparing black people to primates, or people to animals in general.

Think about what Barr said for a second. She was responding to a conspiracy-laden Twitter thread that essentially accused former Obama aide Valarie Jarrett of covering up a case of CIA spying. Then, in her now-deleted tweet, Roseanne wrote: “Muslim brotherhood & planet of the apes had a baby=vj.”

It was racist. She called a black woman an ape. An animal. This isn’t a grey area. There was a time when calling a black person an ape was a blatantly racist thing we all could disavow—something everyone could call “racist.” This was not an overreaction; her racism had earned our justified rage. It was what the moment called for.

All of this was true, yet it still felt surprising that her punishment was so swift. That’s partially because there are so many other slights where that’s not the outcome. People of colour face daily micro-aggressions—small racial slights that can build up over time. We are stopped by police at higher rates, incarcerated at higher levels for the same crimes as white people, berated and told we can’t speak our language in public, that we can’t wait in a Starbucks while black, when we’re told we’re protesting wrong, or told to tone down our culture. We are told how we should be and how to act. And so venting on social media can feel like screaming into a pillow.

And at times, when we’re tired of screaming, we can use social media to not only denounce racism but use it to spur protest and social movements.

Some of Barr’s defenders have stupidly pointed out that Valerie Jarrett resembles Helena Bonham Carter’s character from The Planet of the Apes movie, so how could it be a racist comment to point that out? Others still suggested that the apes in the film were smarter than the humans in that movie, so it’s actually a compliment. While others will say it’s no different than when Bill Maher called Trump an orangutan, but that’s a false equivalence. Only Black people carry the unique historical sting of being openly compared to primates during slavery and Jim Crow.

Do you feel a sinking feeling in your stomach reading Roseanne’s defenders? Because I do. Evidently, even Roseanne did too, and told her fans to stop defending her before claiming to have advanced civil rights for black people. I’m not looking to be a victim, but the stupid thinking of Roseanne and her defenders are what people of colour are up against. And, regardless of the amount of melanin you may have, we all need to stand up against and slap down those “defences.”

I can’t explain why it hurt slightly more to hear people defending her or calling her a victim, in any way. Because to me, Roseanne is a lost cause, we’re not going to convince her not to be racist. But to see so many people rush to her aid reminded me of when people of colour aren’t given the benefit of the doubt. It reminds me of how much my own anger, which had nothing to do with her politics but her blatant racism, will get warped and offend some people.

Her firing means we chalk up one win to doing the right thing. One incremental success. But it was one of the rare times when everything fell into place and a racist got what was coming. In most cases, that won’t happen without social-media outrage. After all, Roseanne Barr will be fine. Powerful racists usually are. Her show might even end up on some other network that will capitalize on her popularity. They’ll tout her as a comedian who is “politically incorrect” and unabashedly fearless.

And then she’ll say something racist again. And I hope I feel slightly less surprised when she gets fired again.