The 2 minute crisis fix for Trudeau. You're welcome.

Jason Lietaer: The PM gave his opponents a gift today when he could easily have turned the page on the SNC-Lavalin crisis. Here's what he should have done. 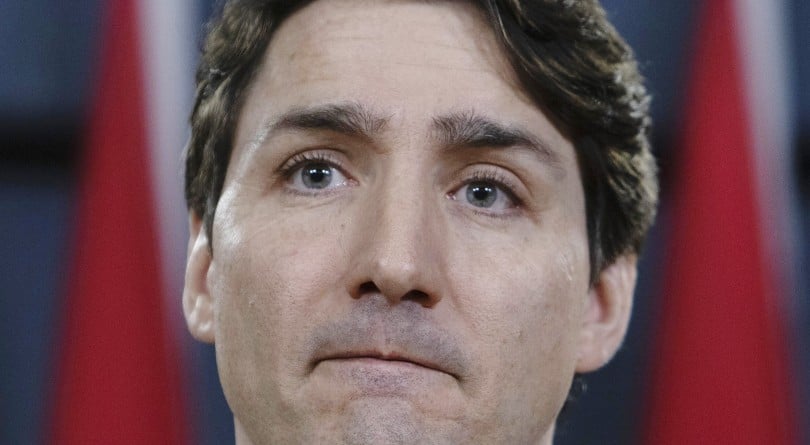 A month into the biggest crisis the government has faced, the Prime Minister called the scribes to the National Press Theatre to finally put an end to the debacle.

He’d lost two high-ranking female cabinet ministers who said they’d lost confidence. He’d lost his best friend and closest advisor from his office. He was minutes away from being challenged on Twitter by another one of his female MPs, Celina Caesar-Chavannes. “I did come to you recently. Twice. Remember your reactions?”

You knew it was important because they did it before breakfast.

He had cancelled all of his appointments the afternoon before. He had huddled with the respected ambassador to the U.S. to help him turn this thing around. He had had four weeks to think about what he was going to say. He’s a master at emotionally connecting with an audience. He was finally going to get it right.

It didn’t turn out so hot.

When you’re struggling with a big decision in politics, one of the things you should always ask yourself is: “What do my opponents want me to do?” Then you do the opposite.

READ MORE: Some things Jody Wilson-Raybould could help clear up

In that light, I guarantee Andrew Scheer and Jagmeet Singh and their staff woke up with a very real concern. If Trudeau shows the contrition that had been foreshadowed and changes course, how do you keep this narrative going?  Sure, you can push for Jody Wilson-Raybould to testify again, but then what? How does this thing keep moving if Trudeau takes the oxygen out of it?

Luckily for his opponents, Trudeau didn’t do the smart thing. He looked around after a month of taking on water and thought to himself: “more of the same.” A tremendous gift to his opponents and a decision that was a gut punch to the staff and caucus members breathlessly waiting for the guy they’ve put their confidence in to finally handle the thing. I was shocked.

He had four weeks to work on that word salad that he delivered this morning. Long paragraphs of historical context and some recollections of dad because did I tell you how much I respect justice ministers and oh, yeah, by the way now I do remember that I reminded Jody that I am the member from Papineau and you know where SNC is from, right?

This morning, in two minutes I fired off an alternative speech to the one the PM gave. It was three tweets. I’ve had a lot of political jobs, but Liberal speechwriter has not been one. Here’s what he needed to say this morning to start to turn the page:

But what do I know?

Trudeau is proving to be a more stubborn man than I expected. On balance, strength of will is an advantage in politics. Today, it might have cost the Prime Minister another few weeks of anguish.