The battle for Quebec in the wake of L'affaire SNC-Lavalin

Tom Parkin: The response to the SNC-Lavalin scandal presents some risks for the Tories and a possible opening for Jagmeet Singh's NDP 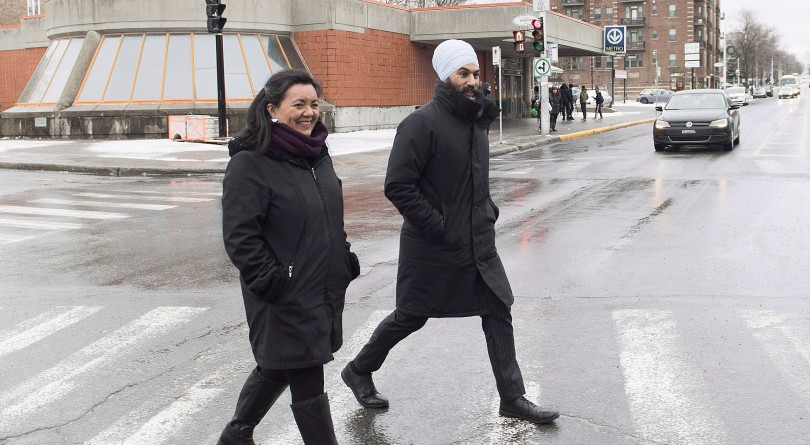 The nature of Prime Minister Justin Trudeau’s attempted political interference in SNC-Lavalin’s corruption prosecution is now becoming clear, following from last week’s testimony from former attorney general Jody Wilson-Raybould. Less clear are the Prime Minister’s motives— and what to do about the Montreal-based company while protecting the principle that no one is above the law, too big to jail or more powerful than politicians, courts and prosecutors.

While some people perhaps thought the law was negotiable, the director of public prosecutions clearly did not. There are pre-conditions, set in law, that must be satisfied before a company can be offered a DPA—evidently she believed SNC-Lavalin had not met them.

So rather than fix the company, a parade of Liberal ministers and staff worked to fix the prosecution.

Wilson-Raybould testified that the Prime Minister pushed her to override the prosecution for political motivations. “It would be unlawful for me to do that,” she told the justice committee.

It seems others were less concerned. “There is no solution here that doesn’t involve some interference,” Gerry Butts, the Prime Minister’s then-principal secretary, allegedly told Wilson-Raybould’s chief of staff. And Katie Telfold, Trudeau’s chief of staff, could “line up all kinds of people to write op-eds” saying a deferred prosecution agreement for SNC-Lavalin “is proper.”

That SNC-Lavalin executives were attempting to dictate “what the terms were” suggests they weren’t willing to make the scope of admissions the prosecutors required. Not only must executives admit the company’s criminal guilt. They must agree on the factual basis of the firm’s liabilities—including which public officials it corrupted, both elsewhere and in Canada. Naming names greatly expands the pool of people motivated to keep terms narrow.

Certainly in other situations—like General Motors or Sears—the Prime Minister has shown little motivation to help workers, which he claims drove his actions in the SNC-Lavalin case. And at any rate, SNC-Lavalin largely lives on the public dime, building public assets and managing P3 public services. Unlike General Motors in Oshawa, jobs at the SNC-run North Battleford hospital, the Toronto-area highway 407 or the Montreal LRT expansion don’t disappear.

But regardless of motivations, the question of what to do with SNC-Lavalin is still real. And it has political resonance, especially in Montreal, where the company has its head office.

Before Wilson-Raybould’s testimony, Trudeau’s ends-justify-means approach seemed to have sway among Quebec political commentators. But that appears to be shifting, creating a vulnerability for Trudeau and opportunity for NDP leader Jagmeet Singh and Conservative leader Andrew Scheer.

At La Presse, columnist Patrick Lagace wrote that Wilson-Raybould’s testimony suggested Trudeau’s commitment to the rule of law and attorney general independence were “negotiable” and declared that “between the rule of law and SNC-Lavalin, I will choose the rule of law.” Paul Journet questioned the “judgement and probity” of Justin Trudeau. Francis Vailles concluded that given the political costs, Wilson-Raybould must have had “serious legal grounds for saying no.”

Andrew Scheer has little electoral reason to offer solutions to the SNC-Lavalin problem, and risks giving People’s Party leader Maxime Bernier an opening if he does.

As shown by the fifth-place finish in last week’s Outremont by-election, Scheer shouldn’t have high hopes for wins in Montreal. All of Scheer’s 10 Quebec MPs represent seats near Quebec City. Part of that geographic cluster of conservative sentiment is the riding of Beauce, Bernier’s seat.

Bernier has condemned SNC-Lavalin as crony capitalism—and would no doubt be pleased to move against Quebec Conservatives on any evidence that Scheer would aid the company. Expect Scheer, who needs to be concerned about Bernier’s party after its showing in the Burnaby South by-election, to continue to focus on allegations of political interference but avoid solutions to what he points out is a Montreal-based company.

If Trudeau’s strategy has been to fix the prosecution rather than the company, Singh’s offer could be the complete opposite—to protect jobs by getting the company to come clean. That current executives seem to believe public prosecutors should bend to their terms doesn’t inspire confidence.

The Caisse de depot, Quebec’s $300-billion pension fund, has increased its ownership stake to 20 per cent of SNC-Lavalin stock. The Quebec premier has indicated his readiness to take an ownership stake. Why wouldn’t a social democratic party pledge to also invest in the company if executives will commit to meet the prosecutor’s requirements, come clear on the full scope of wrong-doing—including naming names? It’s a tantalizing option for many reasons.

Every political party is looking for their key to unlock Quebec’s 78 seats—40 of which were won by the Liberals last election. The mysteries of the SNC-Lavalin scandal have created a dramatic stage on which to look for it.