The left must stand against capitalism. Now.

Andray Domise: People who hold left-leaning ideals have to quit kidding themselves by believing that capitalism exists as a benevolent or even neutral social arrangement 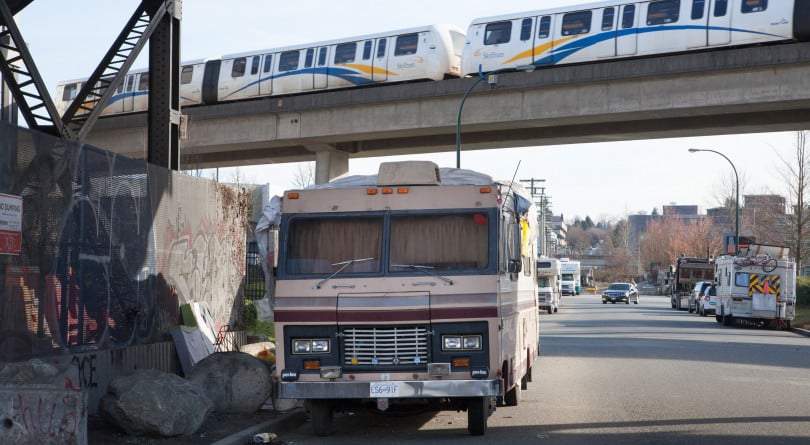 Late last year, I got an unusual request. A person identifying themselves as an environmental activist sent me a direct message asking if I would recommend a few books, as the organization they worked with was having trouble connecting its protest movement with the working class, especially people of colour. They were specifically looking for books related to decolonization, and after a few recommendations, I suggested they consider reading through the Communist Manifesto to see if any passages regarding exploitation leaped out.

They thanked me for the suggestion, but as for that brief volume by Marx and Engels, the response was this: “I don’t want to scare them off.”

If a group of activists can be “scared off” by a nearly 200-year-old critique of capitalism, while the externalities of capitalism itself pollute oceans with plastic, fill the air with smog and accelerate climate change via carbon emissions, something is terribly wrong.

There’s no way around a simple reality for people who consider themselves to be on the left side of the political spectrum, the people who strive for widespread and radical, if not revolutionary, change—we’re getting our tails kicked. There’s no putting an end to that if people who hold left-leaning ideals cannot quit kidding themselves by believing that capitalism exists as a benevolent or even neutral social arrangement. If the left intends to win these fights, it must also stand in principled opposition to capitalism. 2020 is the year to do it.

Only a few months ago, Joe Oliver, once Canada’s minister of natural resources before assuming the federal finance portfolio, penned a column in the Financial Post extolling the possible benefits of climate change to Canadians. “Assuming a one-degree Celsius temperature rise,” Oliver wrote, “[bond rating agency] Moody’s calculates that our economy would be unaffected in 2048. A rise of 2.4 degrees would increase GDP by 0.1 per cent and four degrees would boost it by 0.3 per cent.” The benefit to farming, Oliver went on to say, is that the resultant permafrost retreat would—not could, but would—massively expand Canada’s arable land, and open up farming opportunities.

READ: The Left is constantly trying to out-woke itself. That’s a problem.

Not one word about the resultant cost to human life in countries hardest hit by climate change, nothing in the column about the massive outpouring of climate refugees in Oliver’s scenario. Just the profit motive.

Environmental policy is not the only one where norms have become warped to the point of immorality. In Toronto, where nearly half of renters are paying costs categorized by the Canada Mortgage and Housing Corporation as “unaffordable,” it can take between two and 14 years to be placed into social housing. The situation is equally dire in Vancouver, where rising rents force tenants into recreational vehicles, and then the eventual possibility of being kicked out of RV camps en masse.

How does the federal government address any of this? By offering financial assistance and incentives to bolster people with tens (if not hundreds) of thousands of dollars stashed away to buy a home. Which of course helps the real estate industry, helps mortgage lenders, and does nothing for people pressed ever further into the reaches of poverty. Condo towers sprout up all along Toronto’s Gardiner Expressway and tent cities underneath it are bulldozed, while the earth continues to pirouette carelessly on its axis.

What has capitalism given us in return? An economic environment in which multinational enterprises, according to Statistics Canada, compose 0.8 per cent of Canadian companies yet own 67 per cent of all assets. And income inequality, according to the Institute for Research on Public Policy, has been increasing for the past 40 years. With near-limitless amounts of private capital aligned against the interests of working-class people, nothing short of an organized, large-scale resistance will put the brakes on these trends.

Our political, business and media class would like nothing more than to pretend that these are natural outcomes, that none of it is avoidable, and that the world is and always has been shaped according to the capricious whims of that unknowable free market.

But the truth of the matter is this: 58 per cent of Canadians have a favourable view of socialism, and 77 per cent of us believe the world is facing a climate emergency. Most Canadians find income inequality to be fundamentally un-Canadian, and there are, numerically, more of us than there are bankers, landlords, brokers and executives put together. The only way for the left to win this fight is for its political vision to expand beyond capitalism, and to capture the widespread desire to move on from its exploitative limits.

We’ve lived in that world for long enough. Time for it to end.

This article appears in print in the January 2020 issue of Maclean’s magazine with the headline, “Time for the left to quit capitalism.” Order a copy of the Year Ahead special issue here. Subscribe to the monthly print magazine here.