The misunderstood history of the 'incel' movement

Opinion: In their ever diminishing corner of the internet, the original incel communities are still trying to help each other get back on track 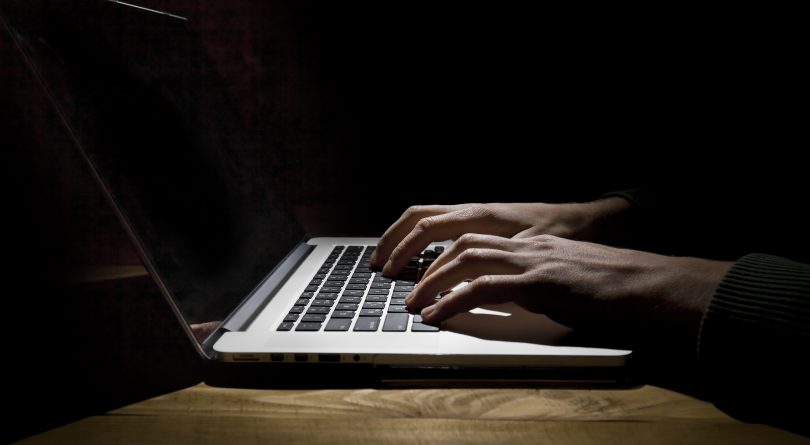 Therese Shechter is a documentary filmmaker and writer currently working on a project about women who choose not to have children entitled My So-Called Selfish Life.

Just before allegedly perpetrating a van attack left 10 dead and more injured, Alek Minassian posted a Facebook update which included this phrase: “The Incel Rebellion has already begun!” It was an answer and homage to a 2014 call to arms by Elliot Rodger, who killed six people and injured 14 more in Isla Vista, Calif.: “one day incels will realize their true strength and numbers, and will overthrow this oppressive feminist system. Start envisioning a world where WOMEN FEAR YOU.”

While the term incel (for involuntary celibacy) had been floating around the internet for years, the words and actions by Rodger—and now Minassian—publicly linked the label to some of the most violent and misogynistic rhetoric on the internet. Commenting on Rodger at the time of the murders, an incel blogger wrote: “What happened is punishment for evil and violence of feminists and liberals” and rattled off a list of “atrocities such as women’s suffrage, immodest clothing, child support/alimony, no ban on adultery, ban on prostitution and a lack of female premarital chastity, all the things that drove this young man to be unable to find a girlfriend.”

The Southern Poverty Law Center, which tracks hate groups and their crimes, includes incel under the category of Male Supremacy, which it describes as “a hateful ideology advocating for the subjugation of women.”

But the concept of involuntary celibacy has a much more complex and positive history, one that has been almost irretrievably warped in the last few years. Understanding its original concerns and its evolution may shine some light on the monstrous acts that have recently been committed in the name of the “incel movement.”

I came across the incel community in 2009—in an online forum called “You’re Not Alone”—while doing research on my documentary How To Lose Your Virginity and building a virginity-related story-sharing site called The V-Card Diaries. The group dates back to the 1990s, when the term was first coined by a community of women and men who were searching for intimate relationships but for one reason or another could not find partners. While that original group went through several Brigadoon-like iterations over the years, appearing and disappearing from the internet, “You’re Not Alone” was the most recent. It was active in 2014—around the time of the Rodger killings—but it has now also disappeared.

The members of “You’re Not Alone” struck me as a consistently supportive and female-inclusive bunch, far removed from Rodger, Minassian, and their ilk. Indeed, in 2014, the makeup was about 40 per cent female and 60 per cent male and primarily heterosexual, although the group has had members who were gay and bisexual in the past. The new face of incel is a straight male, and deeply self-hating, a feeling that is nurtured and encouraged by the community.

Despite its connotation of violence, the term incel is merely “the state of desiring sex and relationships, and being unable to obtain either,” says 38-year-old “You’re Not Alone” member Jacob, who told me at the time of the Rodger shootings that “people had many reasons for joining the group. Some are incel for medical reasons. Some suffer crippling anxieties. Some have unresolved issues from abuse, and some can’t seem to pinpoint why they have failed to connect with another person. Each case is unique.”

Indeed, there are many pathways that result in both women and men feeling socially out of step with peers. Religious households may prevent teens from dating and learning to interact socially, or a singular focus on education takes people from high school to grad school, depositing them into adulthood without having had a single date, surrounded by people more experienced in intimate relationships. Jacob said years of physical and emotional abuse left him with crippling social anxiety and PTSD. “During the formative years, I never learned how to properly interact with people…how to make friends, how to date.”

RELATED: Incels are fuelled by stupid, pointless rage—but that rage is still a major threat

And while online spaces have increasingly become places for resentments to fester and take root, “You’re Not Alone” represented an opportunity for people within the community to talk to others when things felt particularly lonely. Fran, a 40-something Australian woman, credits the interactions on the boards with disrupting cycles of social awkwardness and the drop in confidence that comes with them. “The most useful threads are members’ success stories,” she explained. “Many members who were lifelong incels and perhaps virgins find relationships after participating on the board for a while. That sort of support is invaluable.”

Seeking to better understand their situation, this group invited sociologists Dr. Denise Donnelly and Dr. Elisabeth Burgess to do a study on them, which eventually grew to interviews with 300 incel-identified subjects. Published in 2001, the result was the first scholarly paper on the phenomenon, turning the group’s name into a formal term for a situation that many people experienced but didn’t know how to talk about.

“In a society where sexuality is always in our faces, if you don’t have the tools or access, or aren’t comfortable establishing intimacy, it’s going to isolate you from social environments,” explained Dr. Burgess. “You don’t want to talk to your family or friends for fear of being teased or ostracized, and that’s why these incel groups have become especially valuable.”

So why did the misogynistic groups proliferate, leaving the more introspective and female-friendly groups—”You’re Not Alone” as well as subreddits like Forever Alone and the invitation-only Forever Alone Women—feeling like outliers?

While doing their research in 1998, Dr. Burgess said they were “startled” by the number of men who described their ideal relationship based on what kind of female body they wanted. Buying into the idea that masculinity is defined by a tally of sexual conquests, they blamed women–who they had trouble seeing as fully human–for not giving them what they felt was their due.

Drawn into the growing echo chamber of the internet, they found kinship–and became radicalized–in spaces that reflected their attitudes back at them, and amplified their bitterness, self-hatred, and misogyny. According to Keegan Hankes, senior research analyst for the Southern Poverty Law Center, these proliferating incel communities became one of the male supremacist groups that have been “absolutely critical to the formation of a new generation of white supremacists under the banner of the so-called ‘alt-right.’ ”

Elliot Rodger has achieved a kind of sainthood in these new incel communities, and he continues to be idolized by men who feel their root problem is a phantom misandrist conspiracy that keeps them from getting laid, as opposed to their own isolation.

Even in incel spaces, Rodger was never completely at home. “He appeared to view many of his fellow incels with disgust,” explained Josh Glasstetter in 2014, when he was the Southern Poverty Law Center’s campaign director and reporting on Rodger’s incel connections. “In his mind, they were too passive and unwilling to challenge the celibacy supposedly being imposed upon them by women. He saw himself as part of a vanguard that would launch an incel revolution.”

Glasseter’s statement has proven prescient. Minassian’s murderous rampage in the name of incels everywhere is just another indication of the violent misogyny that now defines that label, fully supplanting any connection to the supportive and diverse community incel once was.

David Futrelle, who has written extensively about online misogyny through his blog We Hunted the Mammoth, first wrote about incels in 2010. Even back then, he thought incel sites such as LoveShy were pretty hateful and self-defeating, although he concedes, “The rhetoric wasn’t as over-the-top violent as it is now.” Futrelle recently spotlighted one person’s account of his escape from toxic incel culture by getting off the computer and going out to a bar. “So many of the central assumptions of the incel community are so at odds with reality that at least some incels, like this guy, are likely to be jolted out of their incel beliefs once they see more of the world,” says Futrelle. “They realize that life isn’t ‘over’ for men who are short or fat or have the wrong-sized wrists or whatever other characteristics the incels have taught them are dating kryptonite.”

Whether incel-identified or not, most women and men who are frustrated in their quest to find sexual relationships do not commit murder. Rather they are simply feeling off-track in their search for intimacy, and are trying to find a way back on.

Although reticent about forming her own relationships, Fran remains optimistic about finding someone someday. In an email she sent me before “You’re Not Alone” disappeared a few years ago, she credited that site and her own incel community for teaching her “more in three years about dating and relating (and maybe about myself) than I learned in the previous 40.”

In their ever diminishing corner of the internet, the original incel communities are still trying to help each other get back on track. I asked David Futrelle how they might take back the incel identity. “I think the name is part of the problem,” he told me. “The only way forward is to stop thinking of themselves as incels.”