The question to ask about Andrew Scheer and abortion

Michael Coren: His religion says abortion is homicide and a 'grave sin.' Can we believe Scheer when he says that, given the power to stop it, he simply won’t do so? 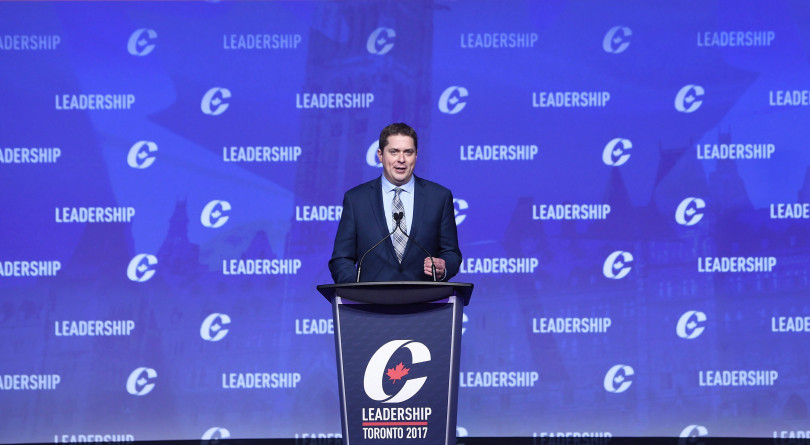 During the 2017 Conservative leadership contest, Scheer expressed his past support for pro-life legislation (Nathan Denette/CP)

It used to be said that politics was the art of the possible. Today, certainly in Canada, it seems to be the art of the implausible. Step forward Andrew Scheer, who appears to spend as much time defending his own positions as he does attacking those of his opponents. He’s a conservative and devout Roman Catholic, and it would be a sad day if someone of deep faith were somehow prevented from running for office.

But here’s where the implausible enters the debate: that Catholic faith demands the holding of specific positions on highly controversial issues, and while in the past the Conservative leader had little problem declaring his opinions, he’s now trying to obfuscate and dodge.

Arguably the most prominent of these themes is abortion, with Scheer’s church stating that, “Human life must be respected and protected absolutely from the moment of conception. From the first moment of his existence, a human being must be recognized as having the rights of a person—among which is the inviolable right of every innocent being to life.”

So it’s hardly surprising that during the Conservative leadership contest, Scheer was eagerly interviewed by the pro-life group Right Now. He told them that while his party wouldn’t officially reopen the issue, “I’ve always voted in favour of pro-life legislation … I can assure you that I support the right of individual MPs to speak out and bring, introduce matters that are important to them.”

The group itself then issued a concluding statement to its community, and it’s extremely significant: “Andrew Scheer has said that the government will not introduce legislation on abortion. When leadership candidates (or even elected leaders) of political parties say that, it means the cabinet. Let’s say the Conservatives win 180 seats in the next federal election and of the 180 MPs, 30 of them are in cabinet. That means 150 other Conservative MPs would be allowed to introduce a private members’ bill on this. He also never said that he would whip his cabinet not to vote for pro-life motions or bills nor did he say he himself would not vote for them either.”

Opponents of abortion went on to support Scheer during the contest, and their votes were—to the surprise and often chagrin of many—sufficient to catapult him above Maxime Bernier in the 13th ballot.

This is all rather different from Stephen Harper, who is often misread, especially by his critics. Contrary to what some people insist, he wasn’t particularly socially conservative, was not theologically committed as a politician, and saw the abortion issue as not only a digression but also a danger. He and his office developed a firm grip on pro-life backbenchers, controlling the message and making sure that the Liberals and NDP weren’t given an opportunity to paint his party as a threat to women’s choice. Stockwell Day, an ardent Pentecostal, was a different story, but he was not as close to power as is Andrew Scheer.

Much of this is about the mud of party politics and electioneering, but there’s a more profound point. Putting judgment on this most divisive subject aside, the central if not exclusive justification to be anti-abortion is the belief that life begins at conception, and that the procedure is taking the life of an unborn child, killing a human, or as is frequently said today by pro-life activists, the crime of murder. Scheer hasn’t used the latter hyperbole, but he has certainly associated with people who do.

This leads to two inevitable, invincible questions. If someone is morally, religiously, and scientifically certain that abortion is the killing of a child, should we believe them when they tell us that once they have the opportunity and power to prevent or reduce abortion they simply won’t do so? Remember, even the relatively progressive Pope Francis recently described it as a “grave sin”.

Assuming that Scheer is being honest, if he is so sure that abortion is homicide, what does it then say about him that he is prepared to ignore the issue when for the first time in his life he has the power to do something about it?

When, in Robert Bolt’s magnificent play A Man for All Seasons, the unscrupulous politician Richard Rich is made Attorney-General for Wales for perjuring himself to convict Thomas More, the soon to be executed More says, “It profits a man nothing to give his soul for the whole world … but for Wales?” But for Sussex Drive?

I’d be shocked if Andrew Scheer, if victorious, would introduce an anti-abortion bill, but equally so if he dissuaded others from doing so, even if they pursued their goals incrementally and circuitously. The culture and climate of choice can be dented gradually and carefully, and just as Andrew Scheer has the absolute right to his beliefs, those who have fought for so long for abortion rights need to know where potential prime ministers genuinely stand.