Opinion: Canada's defence minister replies to Ken Hansen's piece on the state of national spending on our military 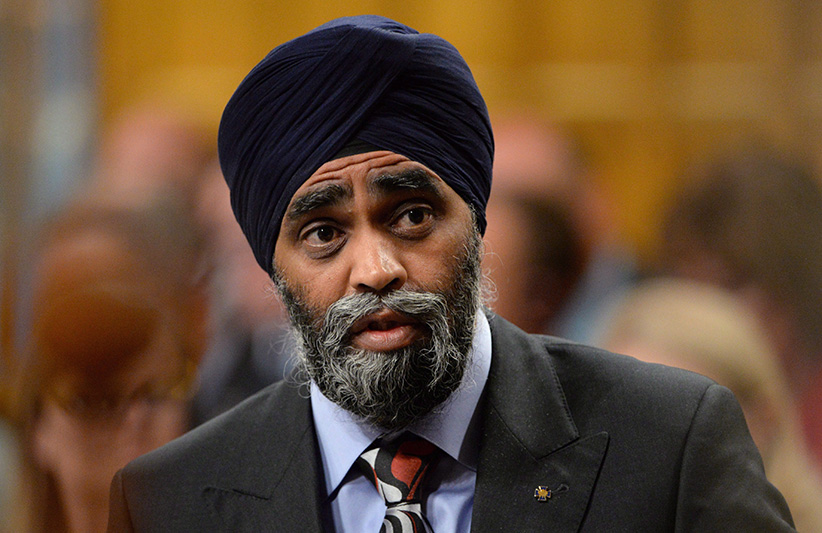 Harjit Sajjan is Canada’s minister of defence. Here, he responds to an opinion piece by Ken Hansen on national defence spending, which first appeared on macleans.ca.

On Jun. 7, 2017, our government announced Canada’s defence policy, Strong, Secure, Engaged. Our new defence policy ensures that the women and men of the Canadian Armed Forces have the funding, resources, critical equipment and support they need to succeed in their missions.

Ken Hansen’s recent article, “What’s happening to Canada’s defence spending?”, claims that Budget 2018 does not provide the funding required to meet the needs of our military.  In fact, the funding for ‎Strong, Secure, Engaged was already approved, set aside and announced when our policy was released. The financial plan laid out in Strong, Secure, Engaged is not only fully costed but fully funded.

The 2017 Fall Economic Statement identified the fiscal impact of our policy. Over the next six years, National Defence will receive $6.5 billion in new cash funding, and $62.3 billion over the next 20 years. As clearly indicated in Strong, Secure, Engaged, Canada will increase annual defence spending to $32.7 billion over the next ten years—an increase of over 70 percent. New investments in major equipment will account for over 32 per cent of overall defence spending by 2024-25.

Strong, Secure, Engaged follows the most comprehensive public consultation in Canadian defence history and serves our women and men in uniform better than in past. The unprecedented funding outlined in our policy offers a predictable, sustainable and long-term direction on Canadian defence priorities.

We have already begun making smart investments. This includes making progress towards operationalizing 16 new fixed-wing search and rescue aircraft, upgrading our light armoured vehicle fleet, and announcing the open and transparent competition to replace our aging CF-18 fleet with 88 new jets. It also includes providing tax-free salaries for all Canadian Armed Forces members deployed on all named international operations. This is a clear demonstration of our commitment to the women and men of our Canadian Armed Forces.

COUNTERPOINT: Why the Liberals’ defence policy is so much, and too little

In addition to the funding previously announced through our policy, Budget 2018 announced a further $155 million for the creation of a new Canadian Centre for Cyber Security. This will allow us to keep pace with the rapidly evolving cyber domain.  The new Centre will bolster Canada’s cyber security posture and provide Canadians with a clear and trusted place to turn to for cyber security advice.

Let me be clear about the hole from which we started. Years of underinvestment from the previous government left our military facing extensive challenges. Two deficit reduction programs introduced by the previous government—the Strategic Review and the Deficit Reduction Action Plan—resulted in a Canadian Armed Forces that was severely under-resourced. Our new policy ensures that the funding required to resource our military is available for years to come.

Strong, Secure, Engaged is the most rigorously costed defence policy ever produced. Moreover, its funding is realistic and affordable, and demonstrates our government’s commitment to the women and men of our military. It is a long-term plan that delivers immediate results.

I am proud of the historic investments our government is delivering through Canada’s defence policy and Budget 2018. Our new defence policy is a bold new vision for National Defence, and it requires smart investment. We are just getting started.