Why Donald Trump can’t be charged with obstruction

Alan M. Dershowitz: The president is immune from prosecution when performing his constitutionally authorized duties 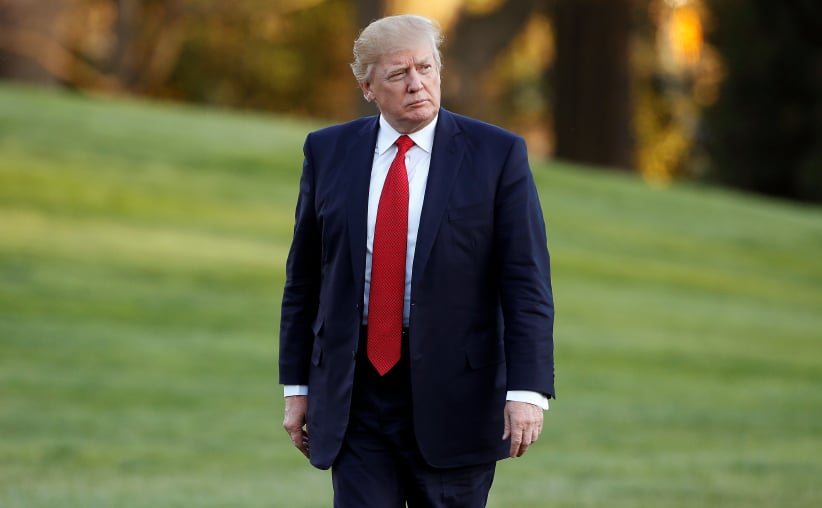 Alan M. Dershowitz is the Felix Frankfurter Professor of Law, Emeritus at Harvard Law School and the author of Trumped Up: How Criminalization of Political Differences Endangers Democracy.

The United States Constitution, unlike those of other western democracies, provides for separation of powers as well as a system of checks and balances between the branches of government. This means that the three branches of government—the judicial, the executive and the legislative—are equal and independent of each other, and that no branch may intrude on the power of the other. As part of this system of separation of powers, the members of each branch are given limited immunity from prosecution for performing their constitutionally authorized duties.

COUNTERPOINT: Fellow Harvard legal expert Laurence H. Tribe on why Trump can be charged with obstruction

Thus, a senator or congressman may not be prosecuted for certain criminal acts that he or she commits while attending or travelling to or from Congress. Nor can a judge be prosecuted for judicial actions while on the bench. Although these immunities are limited, they do protect members of Congress and judges from prosecution for actions for which ordinary citizens can be prosecuted. These limited immunities do not place government official above the law because they are authorized by the law as part of our system of checks and balances.

In light of this reality, it should surprise no one that the president—who is the head of the executive branch of government—is also immune from prosecution for performing his constitutionally authorized duties. It follows, therefore, that a president may never be charged with obstruction of justice for firing the head of the FBI, pardoning potential witnesses against him, or directing law enforcement officials who to prosecute and who not to prosecute.  The constitution explicitly authorizes the president to pardon anyone. It also authorizes the president to see that the laws are faithfully executed. Carrying out those functions are constitutionally protected acts.

MORE: Trump’s campaign colluded with Moscow. These 7 facts (and 27 footnotes) prove it.

Thus, when President George H.W. Bush pardoned former Secretary of Defense Casper Weinberger, and five other potential witnesses against him in the Iran Contra scandal, he effectively put an end to that investigation. Special Prosecutor Lawrence Walsh described President Bush’s decision as a cover-up designed to end an investigation—an investigation that might very well have ended up in the Oval office.  Yet, no one suggested that President Bush be investigated for obstruction of justice. His constitutionally protected act should have resulted in political condemnation and it did. Indeed, it might very well have contributed to his loss of re-election.

Presidents Richard Nixon and Bill Clinton were both charged with obstruction of justice in articles of impeachment.  But these charges were not for exercising their constitutional authority. Nixon was charged with instructing a witness to lie, paying hush money and destroying evidence. President Clinton was charged for allegedly asking witnesses to lie. None of these acts are authorized by the Constitution or are part of a president’s constitutionally protected activates.

Therein lies the constitutional distinction. A president can be charged with obstruction of justice for criminal acts that are not part of his constitutionally authorized powers—acts such as subornation of perjury, bribery, destroying evidence and paying hush money. These are independent crimes that also constitute obstruction of justice. A president may not, however, be charged, for firing an executive official, telling law enforcement who to prosecute, or pardoning someone.

But what if his motive in engaging in these constitutional acts is corrupt? The same question could, of course, be asked about the motives of members of congress or judges. The answer is that if an act is explicitly authorized by the Constitution, the doctrine of separation of powers precludes inquiry into the motives of government actors. To rule otherwise would interfere with our delicate system of separation of powers and checks and balances. President Bush’s motives were likely corrupt: he pardoned potential witnesses against him in order to protect himself from prosecution, impeachment and/or political criticism. Yet the Special Prosecutor had no authority to base charges on his assessment of the president’s motives. Every government official always has mixed motives underlying his or her actions. These motives include self-aggrandizement, improving reelection prospects, getting a good advance for a book, helping his party, as well as patriotism.

Limited immunity, by its very nature, means that public officials cannot have their motives serve as a basis for prosecution if their constitutionally authorized acts are protected by our system of separation of powers. This may mean that certain public officials will avoid being charged for actions for which ordinary citizens could be charged.  That is the price we pay for our system of separation of powers.

For some political partisans, this price is too high. They believe that ending a presidency of Donald Trump is worth compromising constitutional principles. Partisans on the other side would have done the same had Hillary Clinton been elected president amid their shouts of “lock her up.” I have been criticized by some of my friends on the left for placing constitutional principles above partisan consideration. I proudly plead guilty to that charge.